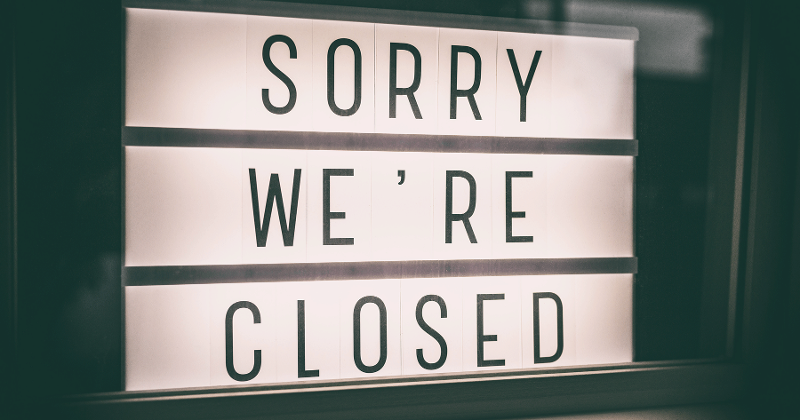 Restaurants and bars continue to see the greatest number of permanent closures during the COVID-19 pandemic, and 61% of those currently shuttered are slated to never reopen, according to a new report from Yelp.

The review platform found that, as of the end of August, nearly 163,000 total businesses on Yelp had closed since the beginning of March, a 23% increase since July. Of those shutters, 32,109 are restaurants and 6,451 are bars, Yelp found in its September Local Economic Impact Report.

Restaurants with the highest closure rates include those specializing in breakfast and brunch, burgers and sandwiches, desserts and Mexican food, Yelp noted.

Those with the fewest closures are in off-premise-friendly sectors such as pizza, delis, bakeries, coffee shops and food trucks.

Larger states and urban areas with high rent costs have seen the greatest impact on small businesses, with the highest closure rates overall in Hawaii, California and Nevada, according to the report.

Bars have also been hard hit, with 6,451 total closures—54% of them listed as permanent shutters, according to Yelp.

Throughout the pandemic, independent restaurants—especially those that historically relied on dine-in traffic—have been greatly impacted. One-third of independent operators surveyed by the James Beard Foundation and the Independent Restaurant Coalition said they would not be able to stay in business through October.

Yelp monitors changes in business hours and descriptions on its site to compile the closure data.