Several years ago, it would have been difficult to find a café menu that included whole-grain pasta, bread or even quinoa. But today, the moves that consumers have been making toward health and wellness have caused operators to start menuing dishes that highlight whole grains and other superfoods. 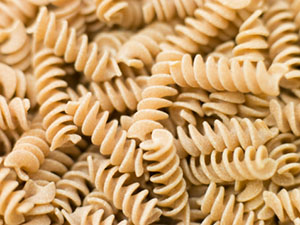 Consumers continue to reach for whole grains as an easy, approachable way to eat healthier. According to the 2013 IFIC Food & Health Survey, 78 percent of American consumers ate more whole-grain products in 2012. Mintel also reports that four in 10 respondents who buy dry packaged pasta and similar items say they look for these products to provide whole grain over any other type of health attribute.

Better still, millennials are more likely to seek whole-grain pasta than older consumers. Chefs and restaurants are responding, according to Mintel Menu Insights— from 2008 through 2013, whole grain menu items in casual dining have increased by 134.9 percent and in fast casual by 91.6 percent.

But for all the buzz surrounding whole grains, some consumers are still reluctant to choose these dishes when dining away from home. So how can operators menu whole grains in a way that will generate excitement and cause consumers to reach for them? The key, according to some operators, lies in sampling.

For John Graziano, executive chef manager for Valley Dining at Valley Hospital in Ridgewood, N.J., offering healthy options on his menu is natural fit—after all, he says, people who work in healthcare are often more open to trying healthier dishes. “Getting [patrons] to try it is the big thing,” he says. “Education is also a big factor. A lot of people aren’t familiar with whole grains; they don’t know how to buy them or they’re tough to find.”

To that end, Graziano participated in Whole Grain Sampling Day, sponsored by the Whole Grains Council and Barilla, this past April. He and his staff set up a table just outside of the employee café that served samples of whole grains his staff was serving inside the café that day.

Because the sample table provided a no-risk way to try whole grains, Graziano says that many patrons were intrigued, and the staff’s excitement about whole grains was contagious. “Enthusiasm sparks it,” he says. “If the people who are making [the food] are excited about it, people will be willing to try it.”

Since Graziano already menus many dishes that highlight whole-grain pasta and other whole grains, it wasn’t difficult to choose dishes for sampling. “We’ve basically gotten away hospital-wide from regular flour pasta,” he says. He also tries to menu whole grains in dishes that patrons recognize, such as offering whole-grain pasta with vegetables and healthy sauces. “We don’t want to force anything, so menuing whole grains as something familiar works well.”

Gary Coutre, general manager for Sodexo Foodservice at Siemens Industry, Inc. in Buffalo Grove, Ill., menus whole grains in a similar way. “Whole-grain pasta and other whole grains are a part of our menu cycle,” he says. He pairs whole-grain pasta with light protein, such as shrimp, and healthy-forward sauces, like red pepper coulis or a portabella stroganoff made with low-fat sour cream. “Roasted vegetables are also very popular, and they pair well with whole-grain pasta,” he says. “We roast them off and incorporate them into sauces.”

Coutre also participated in Whole Grain Sampling Day earlier this year, and for his staff, it was a hit. He manages two cafés, and his staff set up sampling tables in both locations. “It was a good way to introduce whole grains to customers,” he says. “Some people had never tried those grains or whole-grain pasta, and it was a way for them to open their eyes and try something new.”