As CEO of Chartwells K12, Belinda Oakley spends a lot of time visiting schools throughout the country. While on the road for a week last year, something stood out to her for how often it was brought up by school officials: students’ mental health.

“I was struck by the fact that in every single conversation when I asked them, ‘What's keeping you up at night?’ what kept coming up was the health and well-being of their students,” she says, “just concerns around having this awareness that there are students in their schools who feel disconnected, who feel isolated.”

Oakley reached out to Margie Saidel, a registered dietitian and Chartwells K12’s vice president of nutrition and sustainability, to see if there was any way Chartwells could help.

Saidel had been reading about how bioactive compounds in fruits and vegetables are associated with reduced anxiety and improved attention and memory cognition. She figured there was a way they could build a program around that knowledge that kids would find fun and relatable.

The result? Mood Boost, a new program for elementary and middle school students that features dishes made with ingredients linked to better moods.

Part of Mood Boost’s appeal is that it differs from the way adults typically talk to kids about healthy eating, Saidel says. 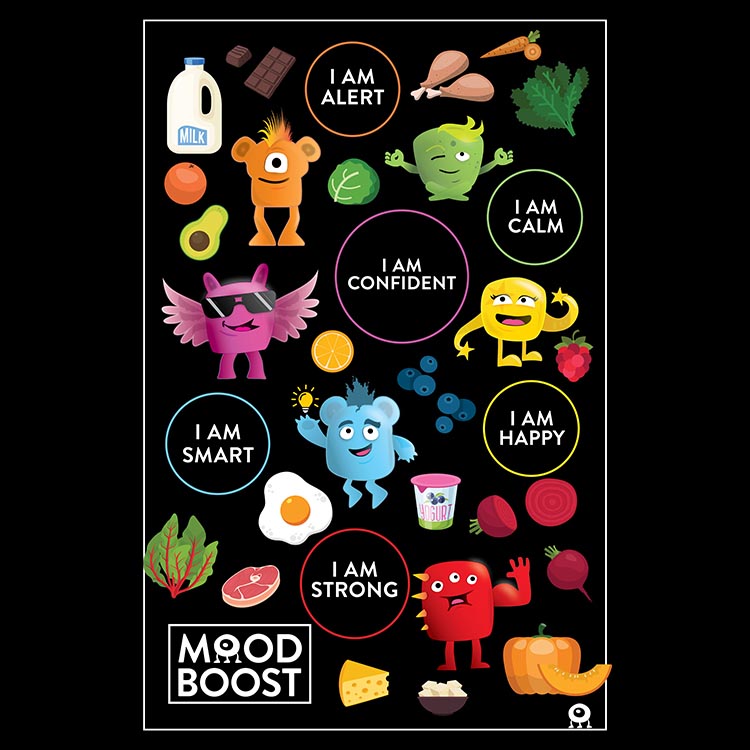 “Historically speaking, we've always said the same thing, you know: ‘Eat this and not that because of growth and development.’ And that sort of fell on deaf ears because [that concern] is still way in the future [for kids],” she says. “There was never any immediate impact for them to do the right thing.”

Mood Boost is different, Saidel says, because it focuses on six moods that kids can connect with and want to experience: happy, alert, calm, strong, confident and smart. Throughout the week, students can try menu items made with ingredients linked to one of the moods, such as carrots, which represent “alert.”

Part of Mood Boost’s appeal, says one of its creators, is that it differs from the way adults typically talk to kids about healthy eating.

To keep things simple, just one mood is featured each week so that students can fully observe how eating healthy can make them feel better day to day. At the elementary level, each mood is also accompanied by a Moodie, a character intended to boost engagement among younger students.

Focus groups with kids across the country played a key role in determining the character design for each Moodie. “It really was created with kids for kids, which we are extremely proud about,” Oakley says.

The team sourced the recipes for Mood Boost from current Chartwells K12 chefs. Each chef was assigned a mood and given freedom to come up with whatever they thought would be popular with students, Saidel says: “We said, ‘OK, here are the ingredients for ‘happy.’ Let's see what you can do.’” 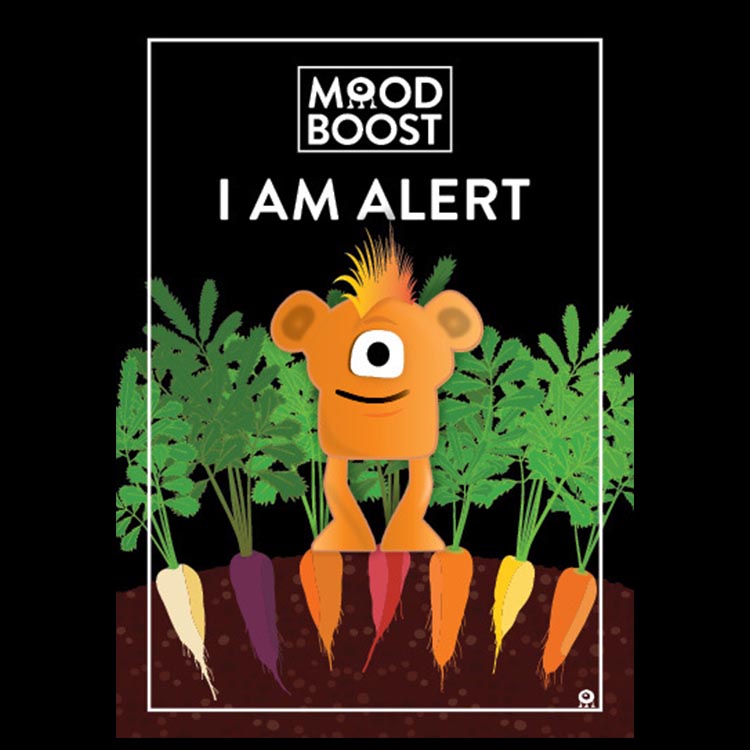 While Mood Boost includes new entree options for middle schoolers, the elementary version of the program focuses solely on sides. Each side dish uses at least two ingredients, offering students something a little more exciting than just a piece of fruit at the checkout line.

“We're just scratching the surface on what I think is a really big need in schools.” —Belinda Oakley

According to Saidel, recipes that have been popular with elementary students include a raspberry and blueberry balsamic and mint salad, which correlates with the “smart” mood, and an avocado and strawberry smoothie that aligns with “confident.”

Middle schoolers get an expanded menu that includes entrees such as a “strong”-promoting chimichurri pork carnitas bowl.

Swag is another tool for reinforcement. Elementary students receive stickers, bracelets and trading cards featuring the Moodies. The cards also feature a Mood Boost recipe so students can recreate the related dish at home.

“We've been hearing a lot that the collectible trading cards are coming home, and they're being talked about with mom and dad,” Oakley says. “Those wristbands are being worn into class and worn after school so that when they're going to soccer practice and they had a ‘strong’ meal that day, they're wearing that bracelet and talking about it with their teammates.” 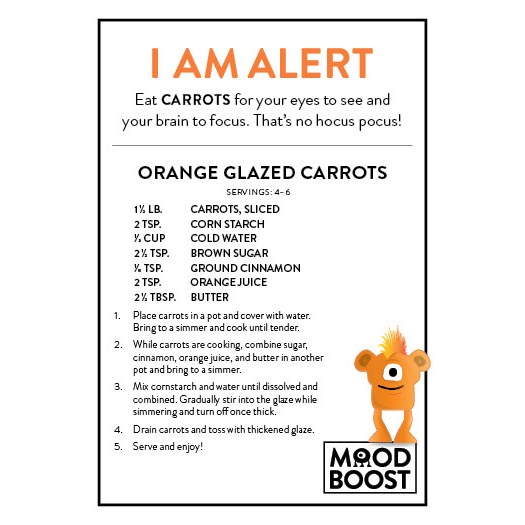 As the school year continues, Chartwells K12 hopes to evolve the Mood Boost menu and bring the program to even more students.

“We have about 2,500 schools that we're looking to roll this out into, and so it's really just the tip of the iceberg,” Oakley says. “We're just scratching the surface on what I think is a really big need in schools.”