Springfield Public Schools (SPS) serves breakfast in the classroom to all of the district’s 26,000 students, so food choices are limited to portable items that can be eaten at desks. But the premade breakfast sandwiches Food Service Administrator Timothy Gray was getting in weren’t close to what kids expect: the classic Egg McMuffin and other QSR signatures. Gray knew he could do better, especially with the new culinary and nutrition center the Springfield, Mass. district had constructed to elevate its foodservice program with scratch cooking.

School breakfast can be a hard sell in K-12, especially with the space and budget restrictions in many districts. Add to that growing competition from quick-service, c-stores and cafes that lure older students. But Gray and other operators have found ways to overcome those challenges with innovative, student-approved breakfast menus.

SPS’ culinary and nutrition center, which opened in April 2019, operates under the student-branded name Homegrown Springfield to play up the emphasis on scratch cooking and local sourcing. The center prepares QSR-style breakfast sandwiches and packs them in insulated bags to retherm at the individual schools. The sandwiches are layered with an egg patty, ham or sausage and cheese on an English muffin or ciabatta. To ease labor, Gray brings in all-natural cooked egg patties “similar in look to what you’d get at McDonald’s,” he says, which are purchased by diverting commodity egg money from the USDA. 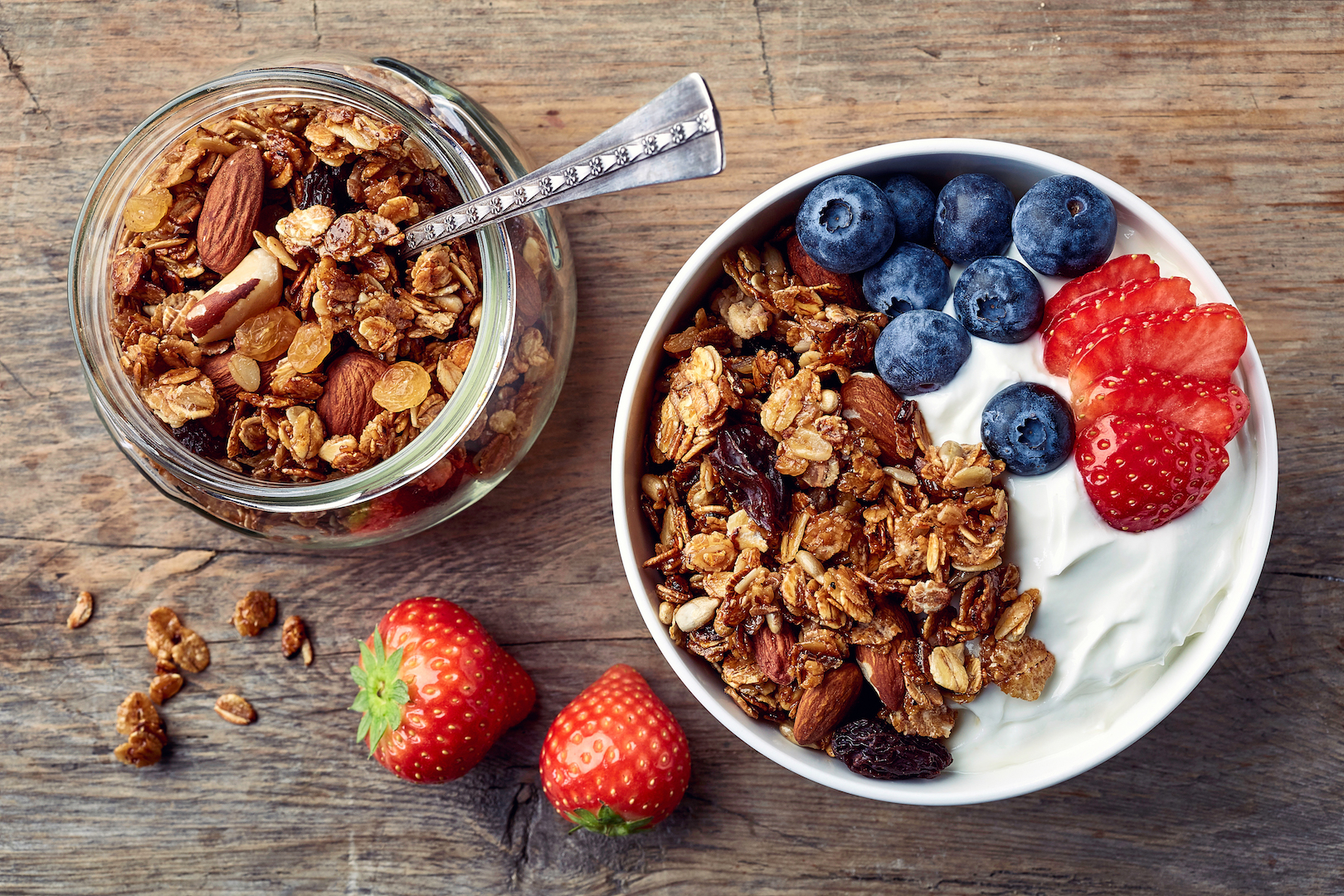 Scratch-made muffins, fresh fruit cups and other handheld breakfast items also come out of the center, many using local ingredients and all boasting clean ones. “We’re trying to do away with processed foods,” Gray says. “While our old muffins listed 25 ingredients on the label, the new ones use 10 or 11, depending on the variety.” The kitchen team bakes 100,000 muffins a week, all made with whole-wheat flour to meet school nutrition guidelines.

For recent survey results about the state of K-12 foodservice, click here.

Two insulated bags go to each classroom, one for hot food, the other for cold. Inside each is a guide that directs students to choices that will create a reimbursable breakfast. Gray hopes to expand the offerings as the program grows, possibly including frittatas and sweet potato home fries.

In South Carolina, 50,000-student Charleston County School District is also innovating its breakfast program with cues from the restaurant world. To meet the competition from commercial eateries, Supervisor of Nutrition Services Joe Pettit and Executive Director of Nutrition Services Walter Campbell conducted a student survey and incorporated the responses into a menu update. Some feedback came in from parents and cafeteria managers, too.

“We listened to what they wanted and not only added menu items, we stepped outside that institutional look,” Pettit says. One of the biggest successes is the new Lowcountry Breakfast Bowl, served in a disposable black plastic bowl similar to fast-casual ware. It’s made up of grits, scrambled eggs and sausage with a housemade Southern biscuit on the side. “We always do extensive testing with students before a launch, and the bowls scored very high,” he says.

“The No. 1 challenge for school breakfast participation is time.” —Joe Pettit

A revamped breakfast parfait is another favorite, appealing to students and managers alike. Previously, the district’s yogurt parfaits were made with frozen strawberries and packaged granola—both high in sugar, Pettit says. The managers requested fresh fruit to make it healthier, and now are given the opportunity to choose a seasonal fruit each week. And homemade granola subs for the packaged product. 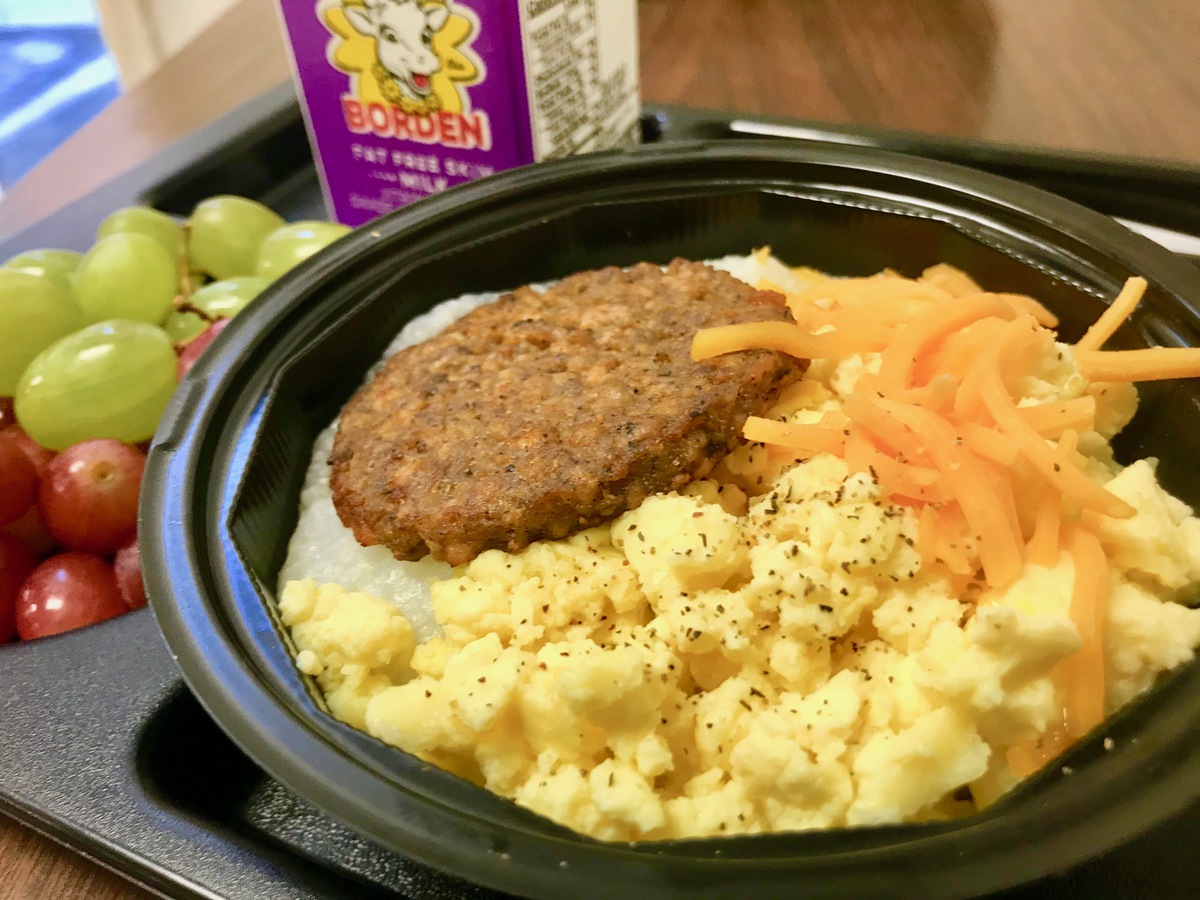 “Once these became set menu items, a grandma called and told us her grandkids now say they want to get to school early for breakfast,” Campbell says. “That’s how we knew they were working.”

Hard numbers support that excitement. Produce consumption has increased by 37% and student engagement is up 5.5% over last year, Campbell says, adding that “the enthusiasm over breakfast has trickled down to lunch.” Next up, the team is looking at rolling out a breakfast “totcho” bowl, featuring potato tots, scrambled eggs, shredded cheddar and nacho toppings cross-utilized from lunch.

“The No. 1 challenge for school breakfast participation is time,” Pettit says. That’s a universal challenge, agrees Garrett Berdan, nutrition services supervisor for Spokane Public Schools in Washington. His solution: a breakfast smoothie program for middle and high schoolers that debuted in September.

There are seven recipes for the kitchen to choose from, including pear-raspberry, blueberry-banana, peach-mango and green flash—a blend of pineapple, mango, green apple, spinach and yogurt. Each 8-ounce portion provides one protein equivalent (from vanilla yogurt) and 1.5 cups of fruit, per school breakfast requirements. “The smoothies are a great way to use canned and [quick-frozen] fruit that comes through USDA,” Berdan says. He occasionally sources fresh Oregon berries for a regional connection.

Berdan applied for and was awarded a grant to purchase several high-capacity blenders for each school to keep the line moving; each blender can whip up 16 smoothies at a time. The smoothies are served twice a week before classes start, and in some schools, until 10 a.m. as part of a “breakfast after the bell” program instituted for latecomers. Elementary schools are treated to smoothies once a week.

To demo the new program, Berdan borrowed a smoothie bike from the state’s cooperative extension office and prepared smoothies at two to three sites for three weeks running. “We’re still reviewing participation numbers, but the smoothies are very popular and we sometimes run out,” he says. “The students are happy to have a trendy breakfast choice, and the staff is thrilled to have something new on the menu that students like.”