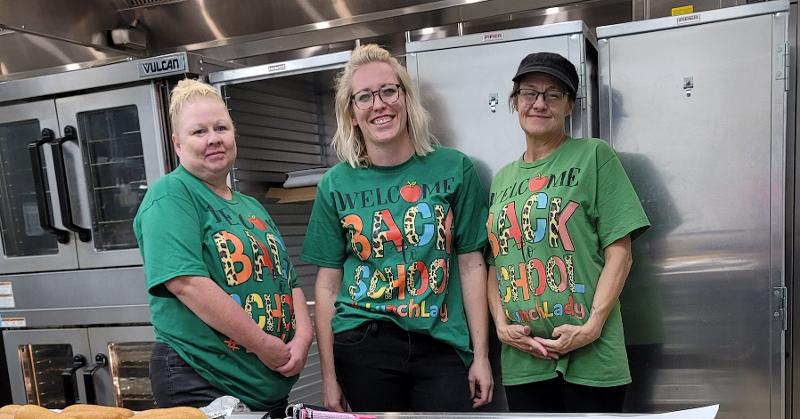 "If it helps the kids, [the team is] on top of it," says FSD Alysha Packard. / Photos courtesy of Grand County School District

Moab, Utah, is famous for vistas studded with rust-colored rocks and lush greenery, which attract vacationers from all over.

For locals, however, this poses a unique challenge: In Moab’s Grand County, 1 in 4 houses is a second home—and those vacation homes are worth twice that of primary homes in the area, according to a recent Moab Sun News report.

Families who live in the Moab area year-round struggle to find housing they can afford, while businesses struggle to find and retain workers. That includes the foodservice operation at Grand County School District, a small rural district with just three schools: elementary, middle and high.

“The housing issue has been a really hot topic locally for some time,” says Foodservice Director Alysha Packard. “It’s problematic to have a lack of housing in general, and what we do have is extremely expensive. We have quite a few households with a pretty high wage and a lot with a pretty low wage, and there's not really a lot of people in between.”

Packard knew this before she moved to Utah to become Grand County Schools’ FSD in May 2020, a time when, she says, the department was financially strapped because of labor and inventory management issues. The onset of COVID only compounded staffing challenges. That said, Packard felt the department was overstaffed in some respects, with four or five staffers serving on the line at the elementary school.

Largely through attrition, the foodservice department has shrunk from about 20 team members at the beginning of 2020 to, now, 10.

“We really had to look at how to streamline: If there are nine people working at the elementary school for a 500-meal [serve], that doesn’t seem very efficient, so how can we better use our resources?” Packard says. “We also plan our cycle menu for the year before school starts, so we’re not having to do procurement and nutrition analysis when we need to focus on serving the kids.”

Packard also narrowed some menu options and line operations based on students’ preferences. And she “takes every opportunity” to outsource parts of the job that aren’t core to serving. Last year, she brought in a consultancy to teach professional development, assist with menu planning and train staffers on unique ways to use equipment. She hired an external party to handle social media, including a Moab Lunch Lady Instagram account. It’s something she recommends to any operator who feels underwater.

“When it’s possible, finding people to handle these small services can make a huge difference—things [like social media] can be time-consuming and can get left out,” Packard says. 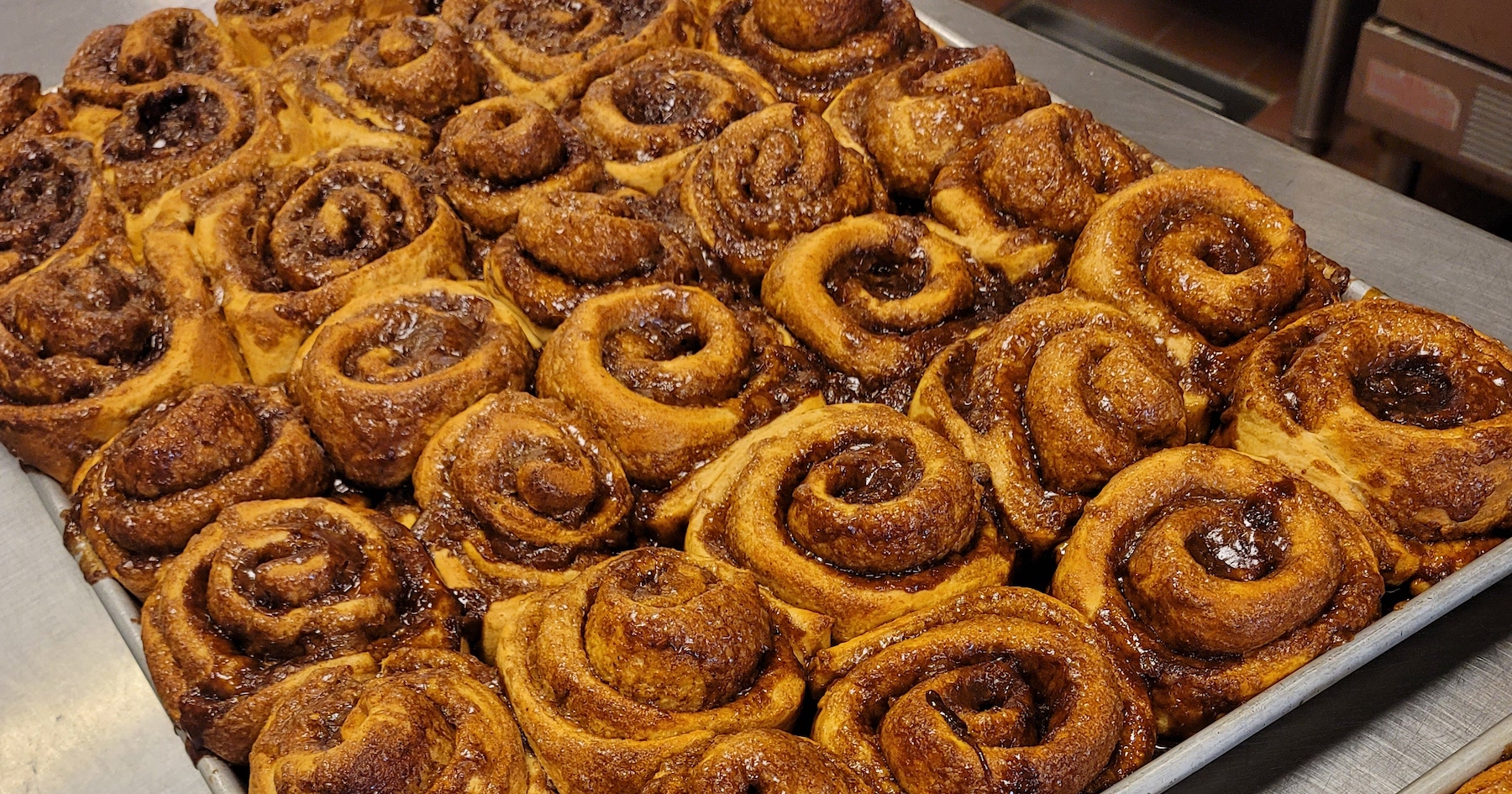 This approach helps free up Packard to focus on the serves at hand, but it doesn’t change the fact that hers is a small team. That means Packard wears not only the FSD hat, but also the chef’s hat, and the dishwasher’s, and whatever other responsibility is needed in a given day to serve Grand County’s 1,500 students.

The same goes for the other members of the team. Ashley Bunton, who serves as Packard’s administrative assistant, takes on a myriad of other responsibilities depending on the day. “Anybody working in education right now is wearing a lot of hats,” Bunton says. And she’s happy to do it.

“I just love to support our local county and our students in making healthy choices,” says Bunton, who volunteers at a Moab community farm, among other farm- and food-related activities, in her off hours

It’s that “whole-child, whole-community” approach that keeps Bunton focused and energized, even on busy days when she schedules her time in 15-minute increments to stay on track with all tasks. It comes down to prioritization, Bunton says, but she prefers not to think of it as letting go. Instead, “it’s about how much we can hold onto without losing ourselves or our mission.”

Packard keeps this in mind as well. While she’d like to make breads and cookies from scratch—the district’s board of directors would like it, too—often they get these items from outside vendors. And when the team is short-staffed, Packard orders pre-sliced apples and other individually packaged snacks.

In short, she’s pragmatic about resources. But she never cuts corners or loses sight of her North Star: The food must be good enough and nutritious enough that she would happily serve it to her own children.

“I will buy pre-cut lettuce, pre-shredded carrots, whatever we need to buy to make sure we’re offering fresh fruits and vegetables every day,” Packard says. “Unexpected things come up and it can be stressful, but the important thing to remember is who your customers are and why your customers matter.”

See what’s in store for Packard’s operation, which was named FSD’s September Foodservice Operation of the Month.

Every time I come at my team with a strange request, or some crazy outlandish idea, they’re on board when I explain how it’s going to benefit our kids. If it helps the kids, they’re on top it and they’re going to make it happen. The dedication to the students is something that unites everyone, adding this sense of teamwork and working toward a common goal.

Well, the biggest challenge is that we're going back to full-price lunches [since the COVID-related USDA waivers expired]. We’re still only charging $3.50 for lunch, which you really can’t beat—but we want to convince the kids who would usually go to McDonald’s or Subway or wherever to stay here and eat because the food is that much better. So we’re going into this school year with a menu that we feel has enough value to [retain] those kids who were taking advantage of the free lunch just because it was free.

The other piece of that challenge is the minimum wage in the area is $19 an hour. That’s what the fast-food places are paying, and the hotels are starting at $20-plus. The wages have increased so much, but at the same time, it's made it so that a lot of our families who had qualified in the past don't qualify for free or reduced lunch anymore. That’s big. So my other goal is to fundraise or otherwise whatever we can do to try to support those students who are going to fall into that gap.

Nominate an FSO of the Month
K-12