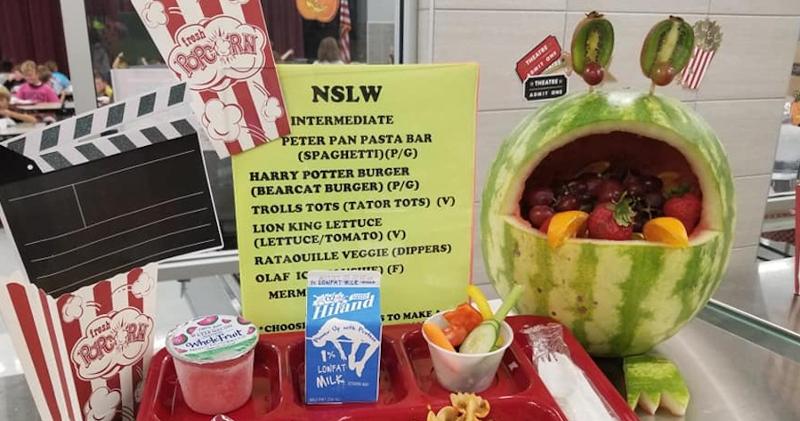 “If you build it, they will come” worked for Field of Dreams, but in the dining room, it takes a little more—especially in school cafeterias, where students can quickly become bored with the same environment day after day.

That’s why, at Whitesboro Independent School District in Texas, cafeteria staff strive to dish up something new with seasonal foods, fun themes and plenty of special events.

By keeping things fresh, the district has reached 90% diner participation at three out of its four schools. As Child Nutrition Director Alicia Tracy puts it, “Once we get them in here, they’ll eat.”

Diners love to be involved, and that’s especially true for curious young minds. Whitesboro’s schools hold fun events and competitions, such as a sauce challenge inspired by the cafeteria’s weekly Taco Tuesday.

Staffers invited students to whip up new sauces for their classmates to try on tacos. Contest entries were served in part by the principals, who swung by the cafeteria to join the fun. Cowboy caviar and jalapeno sauce were hits, but one high schooler’s chipotle ranch took the crown.

Behind the line, operators can also get staff involved in some friendly competition. Whitesboro held a “Chopped”-style event last year that gave workers the chance to create new recipes and compete to have their dish featured on the schools’ menus.

“Our team are the ones out there every day serving these kids, so they know best what our customers will love,” Tracy says.

Students also love getting involved by customizing their meals, Tracy says. They’re huge fans of Whitesboro ISD’s bar-style stations, including tacos and pasta, that allow them a wealth of choice in toppings and sauces to create exactly the dish they want.

Find excuses to do something special.

Tracy and her team look to both the calendar and the community for theme ideas.

On Presidents Day, for example, pizza got a patriotic makeover with olives and pepperoni arranged to look like a flag. Weekly School Breakfast Week followed a space theme, with rocket pancakes on a stick and Moon over Miami breakfast sandwiches. And they often celebrate food “holidays” like National Chocolate Day with chocolate pies for dessert.

Whitesboro and Texas at large also inspire themes like a Carnival Day with popcorn and other treats when the fair comes to town. And there’s always plenty of fruit and vegetable art, including caterpillars made of peppers and tomatoes, and grapefruits with kiwi smiles. 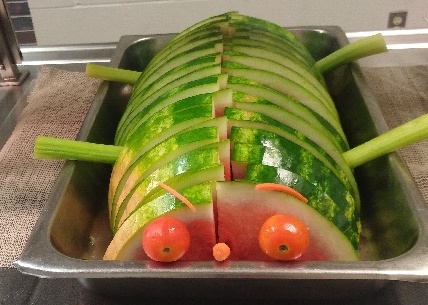 “If there’s an opportunity to make something more fun, even a piece of fruit, we always take it!” Tracy says.

Samples are part of the draw of the likes of Costco and Sam’s Club, and Whitesboro’s schools have taken note. Students know they’re welcome to ask to try a given item, and staffers are happy to use little spoons at each serving line to dish out tastes.

“If they’re able to have a little taste, they might be more willing to try a vegetable or herb they haven’t had before,” Tracy says. “We want them to see what things smell like and taste like and they just might surprise themselves—trying new foods is definitely part of the fun.”

Nominate an FSO of the Month