The Eastman Chemical plant in Kingsport, Tenn., is almost a city unto itself, with a population of about 8,000 employees and a couple thousand outside contractors (primarily from engineering and construction companies) on site at any given time. The enclave encompasses more than 500 buildings set on 6,000 acres; the main plaant itself covers 858 acres. 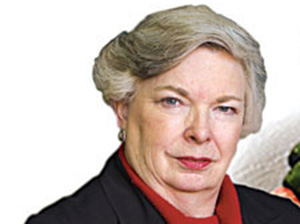 How to get her hands around so far-flung an operation while serving a clientele ranging from corporate executives to manufacturing plant employees was Jean Petke's major challenge when Eastman first outsourced foodservice in 1996. Petke is now senior employee services coordinator with broad responsibilities beyond her role as liaison overseeing a mammoth foodservice operation.

Petke arrived on the scene 17 years ago armed with a degree in home economics education from Washington State University and experience in running a catering business out of her home. "I'd never done foodservice," etke recalls, "but Eastman asked me to run its white tablecloth executive dining room."

Book cook: By combining her "book learning" with the cook's high-volume experience, she was soon up to speed. "We respected each other's knowledge," she says. With that attitude of respect paired with a savvy sense of what changes could be effected beyond the executive dining room, Petke grew her domain to the extent where, in 2001, she opened a fully implemented "virtual foodcourt" a collection of branded concepts located in several dining points of service. In 2005, it recorded its highest revenues to date.

"I've been here through the process of our foodservice operation being totally self-op, then outsourced to one contractor, to the point where we now have eight foodservice companies on site," Petke explains. Of these eight locations, one runs 24/7, while the rest are open for breakfast and lunch, Monday through Friday. There are also about 400 vending machines in 100 locations, all serviced and stocked by one vendor.

To avoid being locked into a contract with only one contract operator, and to provide the broadest range of appropriate choices for her diverse customer base, Petke has forged an array of unique arrangements with seven operator-partners.

"We have three main cafeterias and two of them are privately owned by independent contractors," she explains. "At the 6th Street Cafe, for example, we contracted with a guy who had been through culinary school, worked for restaurants and contractors, but wanted to own his own business. He hires the staff, buys the food, writes the menus, etc. And, he pays us a commission, a percentage of his sales."

Negotiated commission: In fact, every company that Petke has brought in pays such a commission to Eastman. The arrangement allows the entity to own its own business without a lot of overhead costs and without the financial risk of owning a building. Petke provides the space, equipment and maintenance of equipment, as well as utilities, phones, grease disposal and carpet, hood and duct cleaning.

"Our goal is to cover our maintenance costs," she says. "Whether they're a foodservice company, a private owner or a franchisee, the only thing that's different is the amount of commission and that's negotiated separately with each one of the eight."

The shift from self-operation to contract management to this current array of outside vendors began in 1996. By January 2000, Southern Foodservice Management was running everything except the two Subway units and a McDonald's installation. (McDonald's left in December 2003.)

Then, Petke began the process of diversifying the operations. With each change in management, Petke aimed to choose the operator that would be the best fit for each location, matched to the tastes of the clientele. "We felt that while the outside world had changed, our world within the plant had not, so we set out to make it look more like Kingsport," Petke explains.

"To fill the last three slots I looked at 40 companies, franchisees, restaurant owners and contractors, within 40 miles of here. All three were installed over Memorial Day weekend in 2001, and that completed the 'foodcourt.'"

Keeping an arm's length: All providers operate in an independent profit-and-loss situation. Southern, the sole contract management company on campus today, serves approximately 1,000 daily customers in the main cafeteria and has a solid relationship with Eastman, and Petke. "If a Southern manager wants to do a special promo, such as a barbecue with tents set up outside, their manager and I talk about it," she says. "I helped her work out the logistics the first time so now she can continue that procedure on her own."

Petke offers support, and facilitating communication is a big part of her job, but does not provide major renovation, perhaps a paint job at most. "Our relationship with these companies is a business partnership, we're looking for a win-win-win. That's my job as liaison. We're looking out for the best interests of Eastman, its employees and customers, and the foodservice operators," she asserts.

Petke hasn't hesitated to replace vendors not meeting these goals. One company experiencing safety issues, for example, was gone in short order. "This is a chemical plant after all," she says, and problems maintaining safety standards are not tolerated. "We brought in another company."

Various Eastman departments send out for food occasionally, so Petke has contracts with 25 authorized outside caterers. Eastman does not receive a commission from those on the list, but the contract guarantees that they're inspected and law-abiding operations in order to protect employees and customers. The list is available to all Eastman employees.

Cash sales focus: Petke keeps very close tabs on the sales figures and is pleased that cafe  revenues (that's cash sales, not including vending) are up 17.5% since January 2000 despite a 13.7% population decrease due to a major layoff in 1999, the first in the company's history. Meanwhile, prices have only increased 10.5% in that period, so she knows the operation has gained ground.

"Our sales have been steadily increasing," she notes. "People vote with their dollars. We feel our employees are pleased with what we've done. Many outside restaurants will deliver to the plant, so we have to say we believe this (virtual foodcourt) suits our employees."

Facilitating communication is the part of the job that Petke particularly enjoys since it enhances the individual location as well as the overall foodservice operation. She has a cache of equipment left from the self-op days (items such as large outdoor grills that get hitched behind a truck for easy transport, tents, etc.) and even access to the on-site print shop for the production of posters and other signage.

"That's where this partnership comes in," she happily reports. "Recently we've begun to have periodic meetings. Although they're all competitors, we had some things in common to talk about. Everybody wanted more business and needed to figure out how to attract more customers. All agreed there was plenty of business to go around. They also agreed that people wouldn't want to eat in the same place each day. Out of that group meeting came the idea that we needed to get information out."

Keeping in touch: Going forward, Petke will spend half her time working on areas outside of foodservice, a change necessitated by staff cuts. To streamline her job, she will continue to publish a monthly newsletter providing information written at a level appropriate to all foodservice workers. "Since I began the newsletter I get very few phone calls," she says.

"I write about foodcourt sales revenue. I send them all the financial information so they can see the exact spreadsheet and charts that I'm looking at, and if I see sales are slipping, we'll talk about it. It's all part of communication."