EILEEN STAPLES has renovated foodservice at GREENVILLE COUNTY SCHOOLS by: 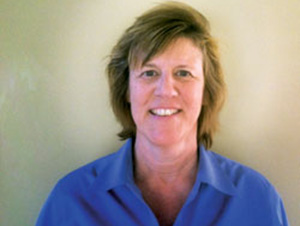 In an era when school foodservice is going through perhaps its biggest changes, it’s a benefit to have a leader like Eileen Staples in charge. Staples, the director of food and nutrition services at Greenville County Schools, in South Carolina, sensed an overhaul of child nutrition programs was forthcoming and, instead of waiting to see what new requirements were to come, she made aggressive adjustments to get out in front.

“I’m not one to sit back and wait,” Staples says, a sentiment echoed by Joe Urban, program coordinator. “Eileen is an incredible leader. She has great foresight. We’re always two or three steps ahead because of her leadership.”

That stay-ahead mentality is best seen in the development three years ago of Culinary Creations, a healthy dining program. “We knew we were going to get new regs with the USDA, but there was really a need for us to get ahead of the program and try to implement a healthier feeding program, beginning with the elementary schools,” Staples recalls.

Jones then implemented the program at A.J. Whittenberg elementary school. Whittenberg was selected as the pilot site because administrators at this school decided that they would include health and nutrition as a part of the curriculum.

The school joined CATCH (Coordinated Approach To Child Health), a national holistic child wellness program that targets multiple aspects of the school environment, including child nutrition, classroom education and physical education. Students and staff at Whittenberg were trained in the CATCH program, and the cafeteria lines employ the Go, Slow, Whoa! food labeling program. “There are no foods that are disallowed in the CATCH program, but the kids know that when they are eating a ‘whoa’ food they are not supposed to eat as much of that food,” Staples says.

Following the successful implementation of Culinary Creations at Whittenberg, the program was expanded to 10 additional elementary schools. As part of the expansion, principals, PE teachers and PTA members at each school agreed to sign a contract joining the CATCH program.

“We have one school [where] if they have a birthday celebration the kids are allowed to have a cupcake, but right after the kids go outside and walk on the track for 15 or 20 minutes,” Staples says. “There’s a real buy-in [to CATCH] as far as the PE and foodservice components.”

Staples knew that as the program expanded, she’d need to train her staff. “Because this program is so different from what we’ve done [by cooking more from scratch], we needed a partner,” she says. Staples turned to Greenville Technical College’s culinary institute, which created a curriculum for Staples’ staff. The summer before a school is added to Culinary Creations, staff spend one week at the college learning tools such as proper knife skills.

Because Culinary Creations is so different from what had always been done, some people in the district weren’t crazy about the idea. “I had one principal who was very apprehensive,” Staples recalls. “He was thinking, ‘I’ve got a school of 1,000 kids. How am I going to do this?’ It does take longer to serve them [in the program]. He showed up to the culinary training and watched for a couple of hours. I saw him later and he was a firm believer. It’s been a very positive experience for us.”

Culinary isn’t the only training area on which Staples has focused. She’s made food safety a priority as well. When the department implemented HACCP procedures six years ago, Staples knew it would be difficult to go to each school to ensure compliance. Instead, she created eight training manager positions, whose responsibility it was to visit the schools for additional training after the full-staff version.

“It’s really helped communication,” Staples says of the training managers. “Instead of having someone from the central office going to the schools, we have people at the school level. The schools feel comfortable calling the managers for updates. We always say training is continuous and repetitive.”

Staples went even further with her focus on safety and sanitation. Twice a year Staples hires a company to conduct third-party food safety audits at the schools. “When staff know they are going to be measured it sets a bar and they understand what the expectation is,” Staples says. Schools that earn a 100% from the audit receive a trophy, and each staff member gets a gift card.

“I like to say I’m a food safety fanatic,” Staples says. That emphasis helped the department win an award from the National Sanitation Foundation in 2009. Staples believes Greenville is the only district to have received the award.

Having great-tasting—and safely prepared—meals is only part of the battle when it comes to getting students, particularly older ones, to participate in the school meal program. Staples and her team knew they needed to upgrade the dining environments in the high schools to make them more inviting. Since 2000, the district has renovated or rebuilt 72 of its schools. Staples, who joined the district in 2002, has helped with the cafeteria part of 60 of those.

“We had two school [cafeterias] that had battleship gray walls,” Staples recalls. “I said, ‘I don’t think so. That’s not going to work.’” Staples worked with Marketing and Training Specialist Quentin Cavanagh to put out a bid for an outside company to come into Hillcrest High School to rid the cafeteria of its dreary walls.

“Hillcrest was our test site,” Staples says. “We thought, ‘If we spend the money, is this going to help increase participation?’”

The foodservice department invested $144,000 at Hillcrest to paint murals on the once-gray walls and update seating. In two years, the department has made that money back through increased participation. In other schools that received face-lifts, Staples says revenue has increased between 20% and 30%.

Cavanagh also negotiated with administrators to take over the school stores at the middle and high schools. The stores sell a variety of school supplies and grab-and-go items like salads and sandwiches. The department currently runs stores in three high schools and one middle school. Next year, the department will take over four more.

Staples readily admits that all the building and new projects the department has undertaken in her 10 years at the helm would not have been possible without her surrounding cast.

“The only thing I’m going to take credit for are the people that I’ve hired,” she says. Everything we do, we do as a team. They are extremely talented.”

Urban says Staples’ team-building ability is her greatest attribute. “She’s been so successful because she’s built a very diverse team with a variety of skill sets,” he says. “Her ability to get those around her to achieve her goals [is] a sign of a great leader.” 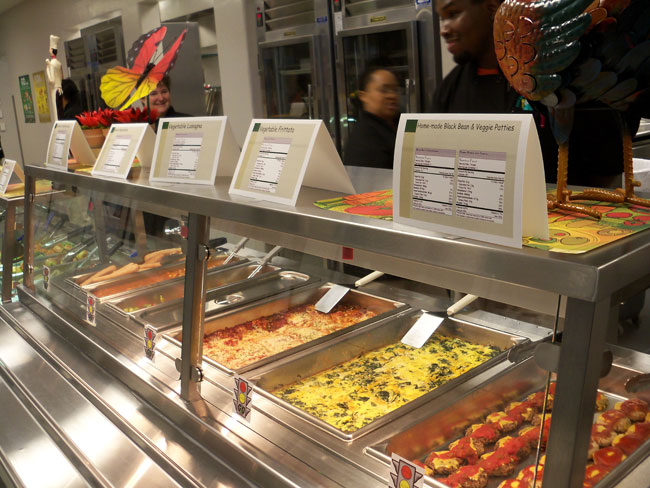 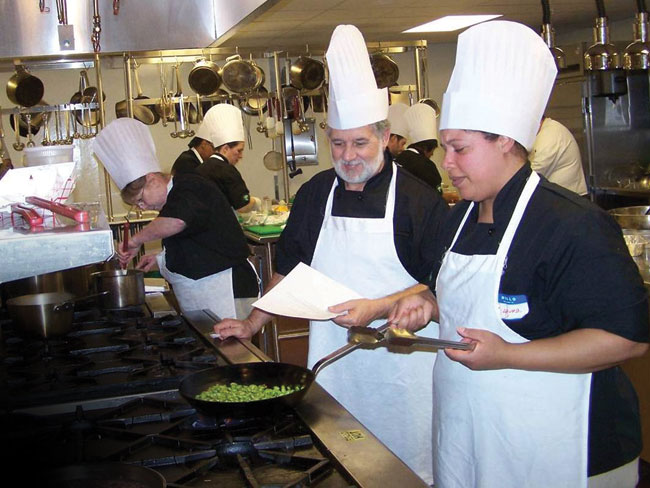 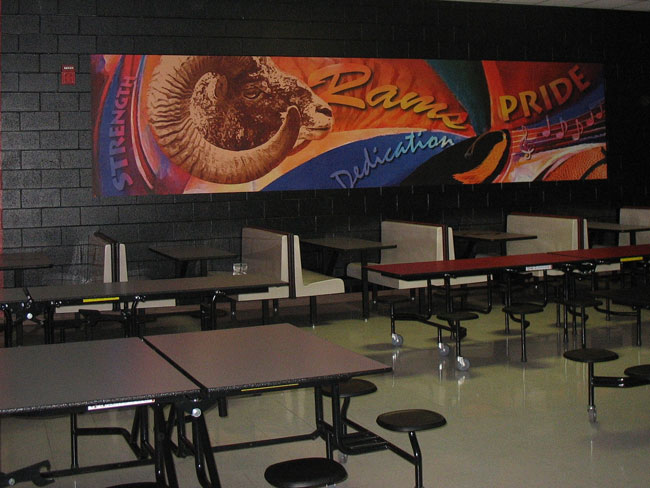 A mural updated the dreary walls at Hillcrest High School.

Eileen Staples is director of food and nutrition services at Greenville County Schools in South Carolina.