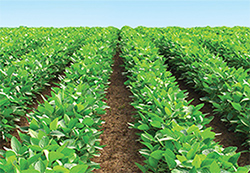 Nutritional Value
Even though the majority of studies claim no difference in the nutritional content of organic food from conventional food, there have still been several studies that support the claim that organic actually is more nutritious, such as the one published in Science Daily Magazine. The study found that organic oranges contained up to 30% more vitamin C than those grown conventionally. The researcher initially believed that the results would show the exact opposite conclusion because the conventionally grown oranges in the study were nearly twice the size of the organic oranges. So, why the lopsided results? The theory is that because conventional farming practices use so much nitrogen in their fertilizing (which creates an uptake of more water), the orange therefore becomes diluted and actually contains less nutritional content. So even though the conventionally grown orange was much larger, a good portion of the fruit’s content was water.

But still, over time, the majority of studies seem to indicate it’s a tie, and since the conclusions from the data are variable, it’s pretty difficult to win people over to the argument that organic food is more nutritious when the data can be read to support whichever side you want to believe. Keep in mind that the methodology for all of these studies looks at the nutrients contained in the food - vitamins, minerals, proteins, etc. No external inputs to the growing process are considered. And while this is perfectly legitimate, and is accurate science for determining the actual nutritional information found within a food, it fails to consider a rather significant variable, which is that the conventional product has been subjected to chemical fertilizer and pesticide use throughout its growing cycle. Technically, this is not considered part of the nutritional content of the food, however, in the minds of consumers when it is reported that organic and conventionally raised foods have the same nutritional value, what that implies, and what the consumer hears, is that one is no more healthy than the other. That’s just how messaging works. Most consumers equate nutritional value with health. The higher the nutritional content, the more healthy the food. This makes sense. So even though these studies may be technically accurate and not in any way intending to mislead, the message that is received by the public is typically inaccurate - the message being, “since there is no nutritional edge in buying organic food (if it’s not considered healthier) then why pay more money for it.”

Not to consider the input of chemical fertilizers and pesticides as part of the study is like comparing the nutritional value of a crab that was just caught off the Gulf Coast (a week after the 2010 BP oil spill) to a crab caught off the shores of Maryland. The actual nutrients and vitamins may still stack up pretty well side-by-side in a study, but the Gulf Coast crab has been doused with petroleum and dispersants. To ignore this as part of the nutritional value (or measure of health) of the crabs would be a considerable and detrimental oversight. If you factor in the use of chemical fertilizers, pesticides, hormones and antibiotics as part of the equation, organically grown food will come out as more nutritious and more healthful every time.

Flavor
There has really been no formal research conducted to prove or disprove whether or not organic foods taste better than conventional foods. That would be a pretty subjective study as each of us responds to the flavor of foods in such different ways. There are some instances where most people would agree that a certain food would typically have a much better flavor. For example, an organic ground-in-store peanut butter compared to a large brand name conventional peanut butter in a jar would probably be rated by most people as the better tasting product. It’s difficult to discern, however, if the organic peanut butter tasted better simply because of a peanut-to-peanut comparison. Most likely the flavor difference would have more to do with the recipe of the nut butters rather than the actual peanuts. All of the sodium and sweetener in the conventional brand would surely dilute the true flavor of the peanuts, making a true side-by-side comparison pretty difficult.

But even though there are no formal studies for us to look at, there is some pretty strong anecdotal evidence favoring the flavor of organic foods. Many food experts and chefs actually do believe that organic foods tend to taste better. The food experts give credit to the soil care practiced by organic farmers. Strong nourishment of the soil leads to well-nourished plants, which in turns yields food with a high nutritional content and optimal flavor. It does indeed make sense. The National Restaurant Association conducted a survey and their findings support the idea that organic foods taste better. In the survey, 50% of restaurants with a per-person dinner check of $25 or more offer organic items on their menus.

While it may be challenging to find hard data supporting the claims that organic foods rate higher in both nutrition and flavor compared to their conventional counterparts, there is still strong evidence to support the idea that the healthiest and most flavorful food choices are those that are raised using organic farming methods.