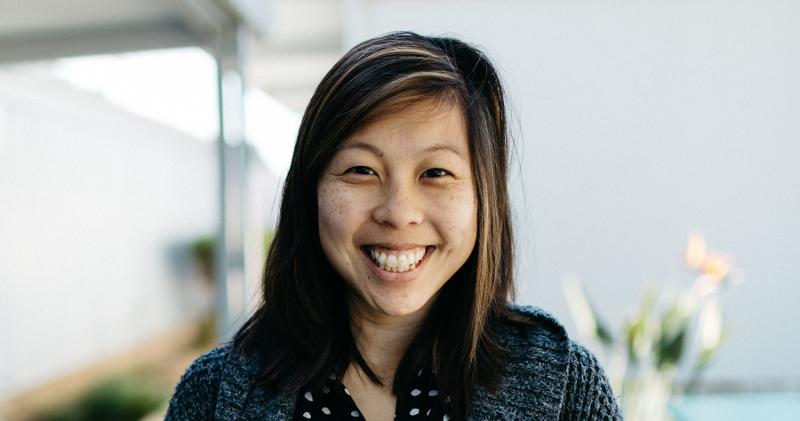 It would have been tough enough for Kim Leung to resign from her position as foodservice director at an operation she’d worked hard to turn around, move her young family across state lines and take the reins at a new school district just days later.

But Leung did just that during a once-in-a-century pandemic, not to mention at the start of a supply chain nightmare that has plagued dining teams nationwide.

“To be honest, I shed many tears,” Leung says. “We’ve just been going full speed despite everything, but I can’t wait for the supply problems to be over. The good news was I knew enough about school food to navigate it. I can’t imagine having no experience jumping into this situation.”

Leung, a dietitian by training, was coming off a five-year tenure as FSD at Goleta Union School District in California.

While there, she turned an operation with a $76,000 annual deficit into one that was $1.7 million in the black. She had forged community partnerships, including sourcing fish from the local harbor, and was proud of the fresh fare the operation served.

But the pandemic had worn on Leung and her husband, who were scrambling to care for their children, ages 4 and 2, when they were sick and couldn’t attend daycare. Both parents are from Oregon and wanted their kids to live near grandparents. So Leung accepted a position as nutrition services manager at Tigard-Tualatin School District in Tigard, Ore.

She began at her new role on Aug. 9, with little idea of what was coming.

A myriad of challenges

The first food order the operation had placed for the school year simply did not show up. So began a pattern that would continue throughout the fall: order sheets loaded with red ink, noting items were canceled, backordered or substituted.

Leung and her team raided the pantries and freezers, scrounging to serve whatever they had on hand.

“Some schools had to serve cereal for lunch sometimes because they couldn’t get anything,” she says. “Another might have 20 mac and cheese, 10 hamburgers and 10 of something else and patched it all together.”

The first month of school became what Leung calls “the chicken weeks.” The district had a good amount of diced chicken in its inventory, and staff cobbled together recipes such as chicken noodle soup, chicken fried rice, chicken taco soup, chicken over spaghetti, chicken nachos and fajitas, chicken bowls with mashed potatoes and gravy.

It was, well, a lot of chicken. And though some parents called Leung with supportive words, others shared complaints.

“I totally understand why someone would say, ‘Why are they giving my child chips with chicken and shredded cheese?’” Leung says. “What I try to tell parents is, ‘This is an issue I have no control of, and while there are solutions we’ve come up with, the orders just did not show up.’ Then they understand.” 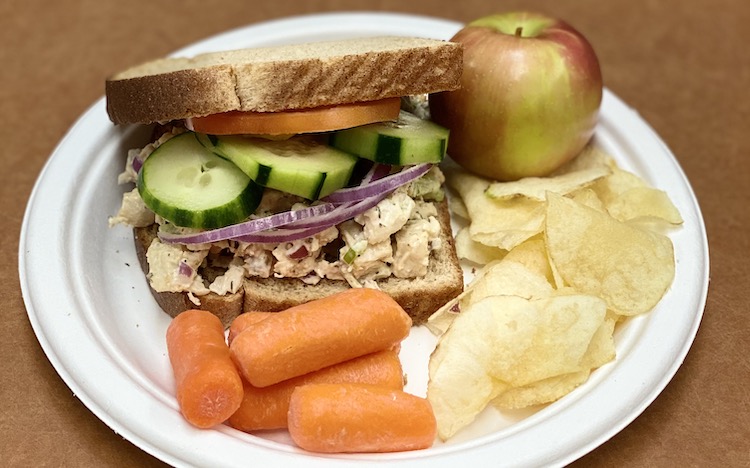 Leung also posted a short public letter to parents on the district’s website explaining the supply constraints, praising her team for their creative solutions and encouraging those who are able to send in a backup meal with their child.

At Goleta, if a supplier failed to deliver salad dressing, the team made it themselves. But at Tigard-Tualatin, many kitchens don’t have tools like blenders or food processors—limiting staffers’ ability to create scratch-made alternatives.

“We’ve worked on substitutions thinking the way you would at home if you couldn’t hit the store: ‘We don’t have honey, so let’s cook down brown sugar. We don’t have mayo, but we have yogurt,’” Leung says. “I’m very lucky to work with an incredible staff who have found ways to make sure our students are fed.”

The team also opted to cut out the middlemen where possible, approaching brokers and manufacturers to order from them directly. In addition, Leung leveraged industry connections from her time at Goleta to source minimally processed alternatives, including tamales, pupusas, pozole, chow mein and orange chicken.

Orders she placed in September are finally showing up weeks later, and Leung is hopeful that easier days are ahead. She looks forward to making her mark at Tigard-Tualatin, including through a foodservice magazine similar to one she published at Goleta. The new publication, dubbed Tastebuds, offers a fresh way to communicate with district families about dining program changes and healthy eating habits.

For now, however, Leung’s still taking the new job one day at a time.

“I’m looking forward to doing something unique to Tigard-Tualatin that makes us stand out, with scratch recipes and an emphasis on whole foods,” she says. “I always want to serve the kids in the district what I would feed my kids at home. I think we’re all looking forward to a bit of normalcy.”