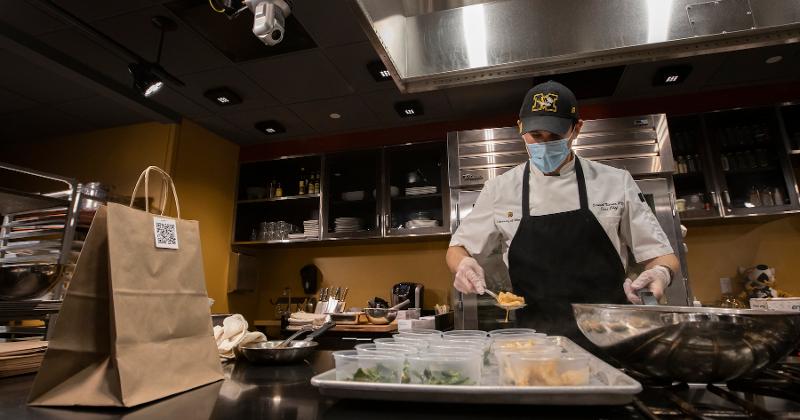 Photo courtesy of University of Missouri

Two months after COVID-19 took hold in the U.S., the University of Pittsburgh Medical Center took its teaching kitchen virtual. Morrison Healthcare Executive Chef Joel Nagy filmed his first cooking show and now runs two to four a month. They’re designed to teach healthy cooking to patients and include an educational component from a dietitian, too.

While in-person events are slowly ramping up across the country, operators are continuing their investment in remote engagement efforts, at least for the time being. “In person or on screen, the important thing is, the connection still needs to made,” Nagy says.

Patients can watch his shows directly from their rooms, or later through the hospital’s YouTube channel. Eventually, Nagy hopes to make the demos interactive, so patients can call in with questions. At least 100 people watch each show, a huge jump from the 12 who could attend the prior cooking events held in person.

And now, Nagy’s says his goal is even bigger: “The idea is to build a catalog of shows and continue to add to that.”

The University of Missouri in Columbia also moved its chef’s table events online. Students, faculty and staff can purchase a meal kit with everything prepped to cook along with a chef. The 30-minute, monthly events are initially held on Facebook so participants can cook at the same time. The meal kits cost $10 to $12, or customers can watch the show at a later time and buy their own ingredients.

Typically, the meals are aimed at people who want to take their cooking to the next level, with dishes including chicken curry and frittata. Some education is part of each class, such as nutritional information or learning about the region the cuisine is from.

These events will continue to be held after COVID, says Director of Dining Nancy Monteer, noting that “people would be very disappointed if we didn’t continue them.”

In the early days of the pandemic, the Sodexo team at Belmont University in Nashville, Tenn., worked hard to engage students on social media. One chef ran cooking tutorials on preparing simple items like grilled cheese, smoothies, and mac and cheese. The pastry chef also ran some baking tutorials to teach customers how to make items like cinnamon rolls and brownies.

To solicit more student interaction, Sodexo Marketing Manager Lasy Phanthalangsy asked a team of Belmont students to take over dining services’ Instagram feed. “They posted videos about what they were doing at home to keep busy and motivated,” she says, which helped connect everyone, adding that “we get more engagement when they see their peers.”

The foodservice team at Lehigh University in Bethlehem, Pa., has been posting on social media more frequently since the start of COVID.

“We see the most engagement when we have authentic posts,” says Evan Rehrig, Sodexo marketing manager at the university. One of the school’s most popular posts this spring was when the department announced its chili cookoff winner and posted a chef holding the trophy.

Posts showcasing the food also do really well, he says, especially photos that preview what’s going to be served for lunch on a given day, so students can see what they’ll be able to eat. 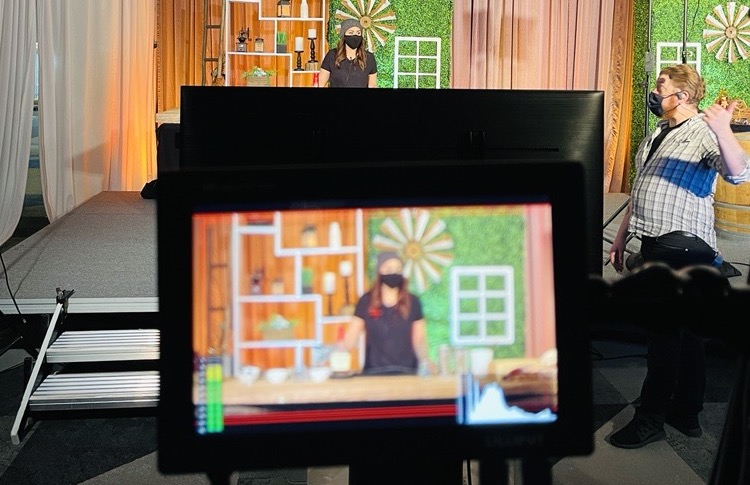 Software company Microsoft has been connecting with employees via its catering and event production department, Eventions, which has worked well since its events business is almost non-existent these days.

Special events have included the Chop Challenge, during which participants devised meals from a mystery box of ingredients and were judged on the finished product, as well as live cooking and mixology classes.

To keep up engagement, Microsoft held a virtual weeklong Food Fest with several live demonstrations, a culinary competition and a customized downloadable cookbook.

“It’s received really good feedback because we all get online meeting fatigue, and it’s hard to maintain that morale and keep up that connection,” says Jodi Smith Westwater, senior services manager of dining operations. “Our Eventions team really had to look at how we could innovate.”

The Eventions group has also held virtual happy hours, wine tastings and holiday parties. “The heart of our business is we help employees connect, and it’s important that we be ahead of that as much as possible,” she says.

Connection isn’t only happening online during COVID, and some operators are finding ways to connect safely in person.

At Fayette County Public Schools in Fayetteville, Ga., a dairy promotion during National School Breakfast Week was very popular, and representatives from The Dairy Alliance read to the students and provided prizes. During this week, elementary students also participated in a Make Your Own Sundaes event. 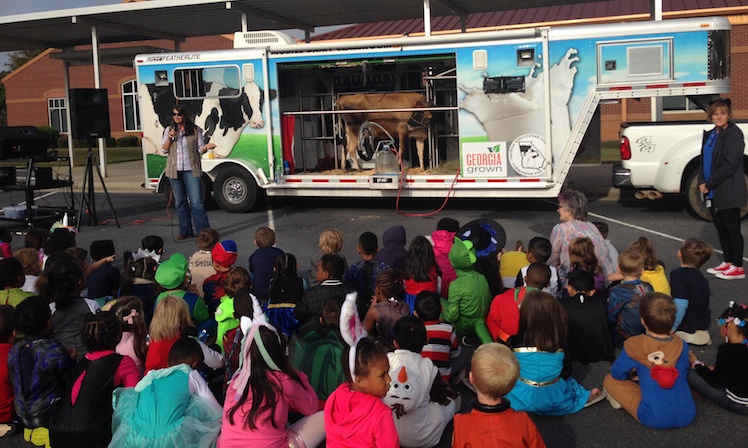 “The kids really enjoyed it,” says School Nutrition Director Kokeeta Wilder. “We work hard to build that connection with them.”

Foodservice staff at Montana State University in Bozeman stood at the entrances to each dining hall during the first week of fall and spring semesters and greeted every student. This was a great way to engage with them, but also remind them about COVID rules at the same time, says Director of Culinary Services Richard Huffman. He says students “were really appreciative, and we were setting the hospitality tone.”

In senior dining, Cura Hospitality, part of the Elior North America family of companies, has found that consistency is a great way to connect with customers. Many of its operations began taking meal orders by phone during the pandemic, and discovered that customers liked to speak to the same person every time.

“They liked knowing who they were speaking with because that person knew their preferences when ordering,” says Trish Spellman, vice president of operations. “That was key. It’s all about how we make it easy for them.”

It’s important to stay up to date, she says. “The environment has changed, and the reality is we have to change how we offer service. And those who can respond, react and connect will definitely be the winners at the end of the day.”