More than 700 pounds of ripe tomatoes, 58 pounds of green tomatoes, 65 pounds of peppers and 229 pounds of yellow onions have been harvested from the garden so far / Photos courtesy of The University of Dubuque

The University of Dubuque hosted a “sustainable salsa celebration” showcasing food grown directly in a restorative garden run by the Iowa university.

The celebration took place on Sept. 12, and students were invited to sample garden-grown ingredients in a variety of applications: via a make-your-own pico de gallo bar, as well as in chips and salsa, pizza, fried green tomatoes, BLT sandwiches and more.

The garden was tended to by students—in particular, a seminary student named Danielle Postma, who worked in the garden over the summer to get it ready for the next school year. More than 700 pounds of ripe tomatoes, 58 pounds of green tomatoes, 65 pounds of peppers and 229 pounds of yellow onions have been harvested from the garden for use in dining services so far, according to a statement.

Andrew Mettert, Aladdin campus dining executive chef and director of dining services, said the team planned for the salsa celebration because the ingredients needed would still be fresh by the time the school year rolled around. 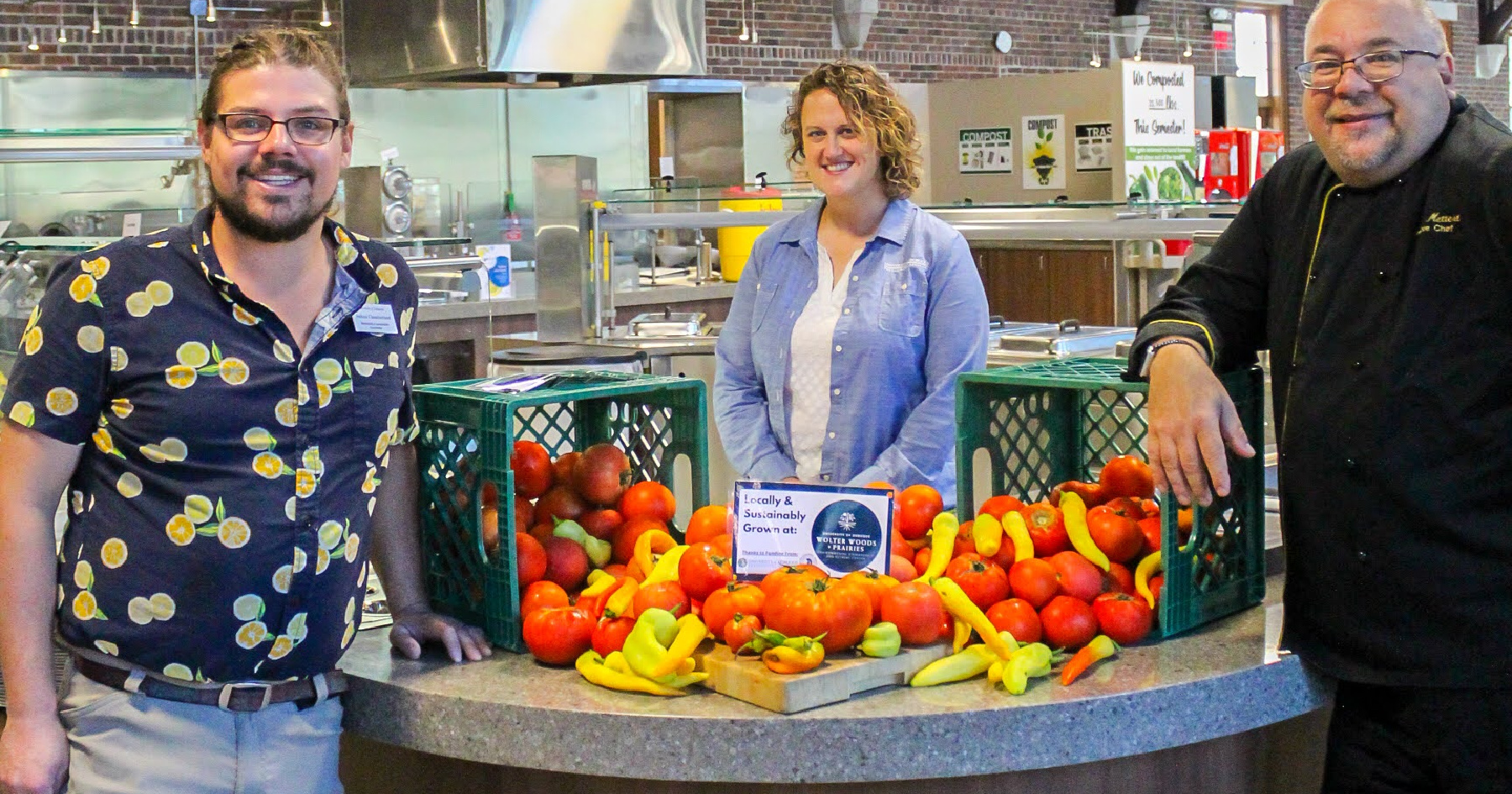 The sustainable salsa celebration featured a make your own pico de gallo bar.

The timing turned out to be perfect, as right before school started up again, tomatoes started coming in heavy, Mettert said.

Even before the salsa celebration, Mettert began incorporating ingredients grown in the garden into the menu. He used the tomatoes for pico, blended salsa, tomato soup, pizza sauce and even sliced them up to put on sandwiches.

“Pretty much everything has been utilized that we’ve harvested from our little plot,” he said.

Mettert said that one of the goals behind the garden was to foster student engagement and create an educational experience.

Additionally, utilizing local produce has other benefits, like lessened impact on the environment, Mettert said.

“It strengthens your community in general because you’re supporting the farmers, you’re financially supporting farmers, you’re taking it easier on the environment by cutting down on transportation costs and your end product is usually much better because it can be harvested closer to its peak flavor and quality,” he said.

The freshness of the produce is another benefit, according to Mettert.

“I think it was cool on the chef side of things because I’m working with stuff that’s really fresh—really clean. I didn’t have to worry about where it came from, how it was grown. I knew everything about it,” he said. “That’s pretty rare on our side of stuff when it comes to most items in our food chain—we don’t have a direct connection to it, it comes from a warehouse, it gets dropped off by a semi-truck.”

Mettert said he hopes to see the garden expand and include more ingredients, but he wants to ensure it is done responsibly and with reducing food waste in mind.

“I’d like to see it expand a little bit, but also want to be careful that we’re not getting into a situation where we’re planting things that can’t really be utilized,” he said. “To me, that’d be a real waste of energy and resources.”