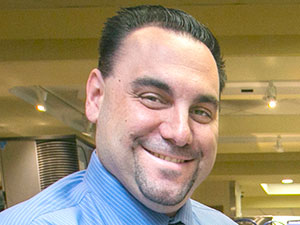 It was necessity that brought Michael West into the hospitality industry, but it’s a passion for serving people that has kept him in it.

Working in bars and restaurants in Boston to put himself through college, West fell in love with food and helping customers have the best possible experience. “We call it customer service in traditional restaurant and bar settings. [At Stony Brook University Hospital], we call it patient services,” West says. “We still want to be able to go to the bedside of the patient, and we want to wow them with the food they are getting. We want them to feel like they’re in a five-star hotel getting room service.”

West worked in management at restaurant chains such as Legal Sea Foods and Panera Bread before making the move to noncommercial foodservice. Stony Brook hired him as general manager of retail operations in 2008 and, a year and a half later, promoted him to the director position.

“It was a little outside-the-box for them to take a chance on me in that I wasn’t your traditional foodservice director candidate,” West says. “And that may not have been a chance that everyone was willing to take.”

Steven Weisman, senior hospital associate director for administration and supply chain management at Stony Brook, says West leverages his background in commercial restaurants to create a great diner experience. “In the real world, if your customer is unhappy, they’re out of business. We’ve come a long way from the traditional jokes of ‘hospital food,’” Weisman says. “[West is] well-respected by his coworkers, and he has a strong attention to detail.”

West changed up Stony Brook’s management team by hiring Executive Chef John Mastacciuola, who has a varied background in hospital foodservice as well as catering on the sets of movies and TV shows like “Sex and the City.” Mastacciuola says, “Usually, people have old ideas of how things are run and really don’t like change. When I met Mike … they were looking for new ideas and to make culture changes.”

West also promoted several hourly employees into leadership roles. “That has been a thriving advantage for us, because they have ownership for us; they want to see the department grow,” West says. 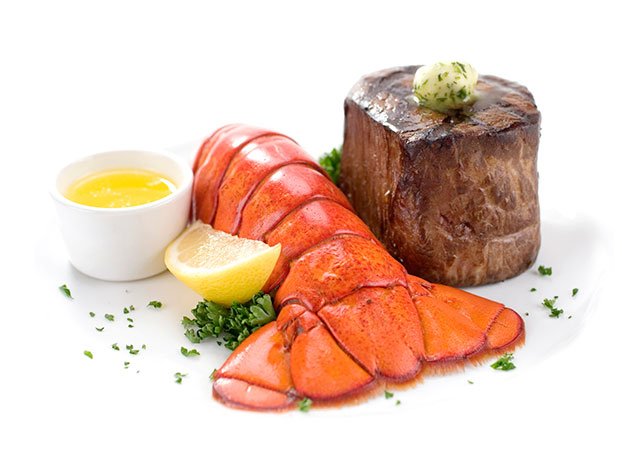 “I think we’ve built a reputation in the hospital as the can-do department,” West says. His motto is to say “yes” first, and then work out the details to make it happen. That might involve accommodating special requests or altering menu items for individual patients. “In a hospital setting, there are very few things within a patient’s control,” West says. “They don’t have say over just about anything that’s happening to them—what their treatment is, what their prognosis is. Our goal is to give that back to them.”

One example is the foodservice department’s support of Stony Brook’s oncology unit, which created a date-night program for cancer patients and their loved ones. “[The staff was] spending money to go out and do this, so I said, ‘Let us do this for you. You tell us who the patients are, and we’ll take care of it,’” West says. Thus, the program was added to his $16.2 million annual budget.

West’s team creates a customized menu for each patient’s date and sets the fine-dining mood with china and table service. “We had one gentleman who wanted just cheeseburgers and french fries for him and his two sons,” West says. “We’ve had some couples who wanted stuffed lobster tails and filet mignon, and we will cover anything for them.”

Other internal community initiatives include a Thanksgiving meal for the psychiatric unit, Christmas breakfast for the pediatric unit and donating hot chocolate and cookies for the annual holiday tree trimming. “We want to be a part of the hospital; we don’t want to be separate,” West says.

West’s latest can-do effort has been reimagining the retail dining facilities for an upcoming renovation that will incorporate more cook-to-order stations. “It’s the first cafeteria I’ve ever designed,” West says. Construction work will start in early to mid-2017 for a 2018 completion.

Healthy at the heart of it all 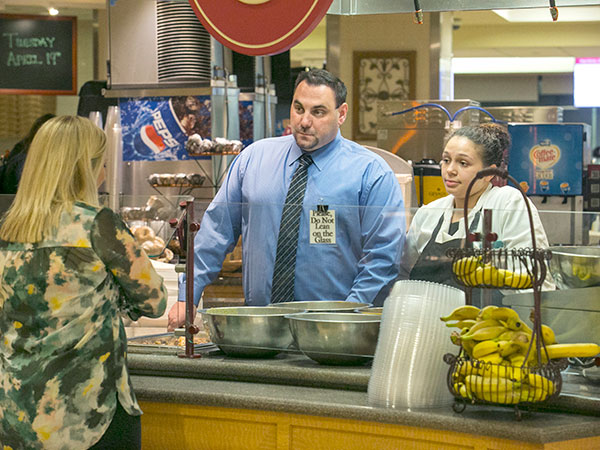 During West’s time as director, Stony Brook has strived to make its patient menus healthier. Fried food, processed meats and soda (save for the ever-therapeutic ginger ale) are off the menu, and antibiotic-free chicken and a build-your-own salad section with myriad protein and vegetable choices are in.

Some of that produce is grown right in the building—or on the building, more accurately, thanks to a rooftop garden run by Stony Brook’s clinical nutrition department. “They grow some pretty decent produce for us, some herbs, some vegetables,” West says. Patients who order dishes featuring the hyperlocal produce receive a note with their meal indicating which parts were grown on campus.

These efforts haven’t gone unnoticed. In January, Stony Brook received a No. 1 ranking in the Physicians Committee for Responsible Medicine’s Hospital Food Report. The organization of 12,000 physicians surveyed 262 hospitals nationwide and ranked a total of 24 based on factors like patient menus, promotions and retail partners.

West shares the honor with the entire department. “He helps build the team, and he’s not the kind of guy who takes credit for anything,” Mastacciuola says. “We’ve won a number of awards, and it’s always about the team and never him.”

The next challenge is sustaining that momentum. “It meant a great deal for us. I thought it was a phenomenal achievement,” West says. “It was great that we reached No. 1. The bad side is we reached No. 1; now we have to stay there. I won’t settle for No. 2.”