Nazim Khan is energized by new projects, but as executive chef of nutrition and dining services at Bryan Medical Center, he doesn’t always have time to pursue them.

Khan is responsible for serving 5,000 employees plus daily visitors in two large cafeterias on the Lincoln, Neb., campus. But when COVID-19 limited visitors and pared down service, he had a chance to experiment in the kitchen and finalize plans for a dedicated plant-based station that debuted on June 1.

The veggie-centric idea sprung from Khan’s culinary expertise and heritage—along with a growing demand among Bryan’s doctors and nurses. “Every Thursday and Friday, I offered salads made with locally sourced produce, topped with a choice of protein,” he says. “Increasingly, customers were asking for vegetarian proteins, such as falafel, instead of chicken and beef.” 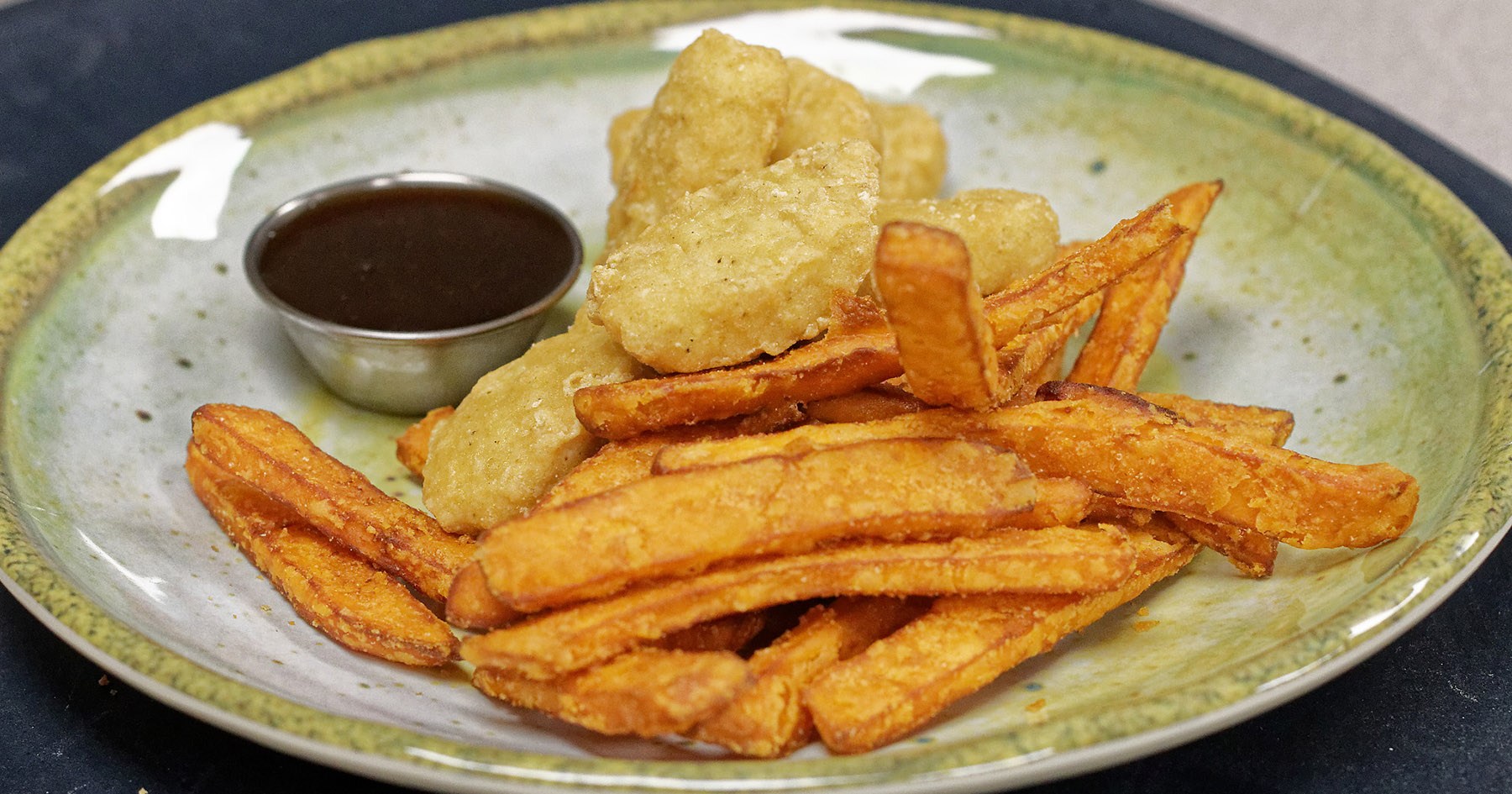 Growing up in Bangladesh, Khan was exposed to a broad and flavorful range of vegetarian dishes. Through his years in culinary school and hotel kitchens in the U.S., he educated other chefs on the variety of flavors and ingredients that can make plant-based eating exciting. Now the timing was right to share this excitement with his current customers.

Menuing more plants is also appealing in light of current supply chain concerns. With meat processors closing down or operating below capacity during the pandemic, certain cuts of beef and pork have been in shorter supply and prices have gone up.

Prior to the station’s launch, Khan developed a rotating menu of dishes, mixing up global flavors with mainstream applications. While an Indian influence shows up in items such as Tofu Tikka Masala with Curried Cauliflower, a variety of cuisines is represented. 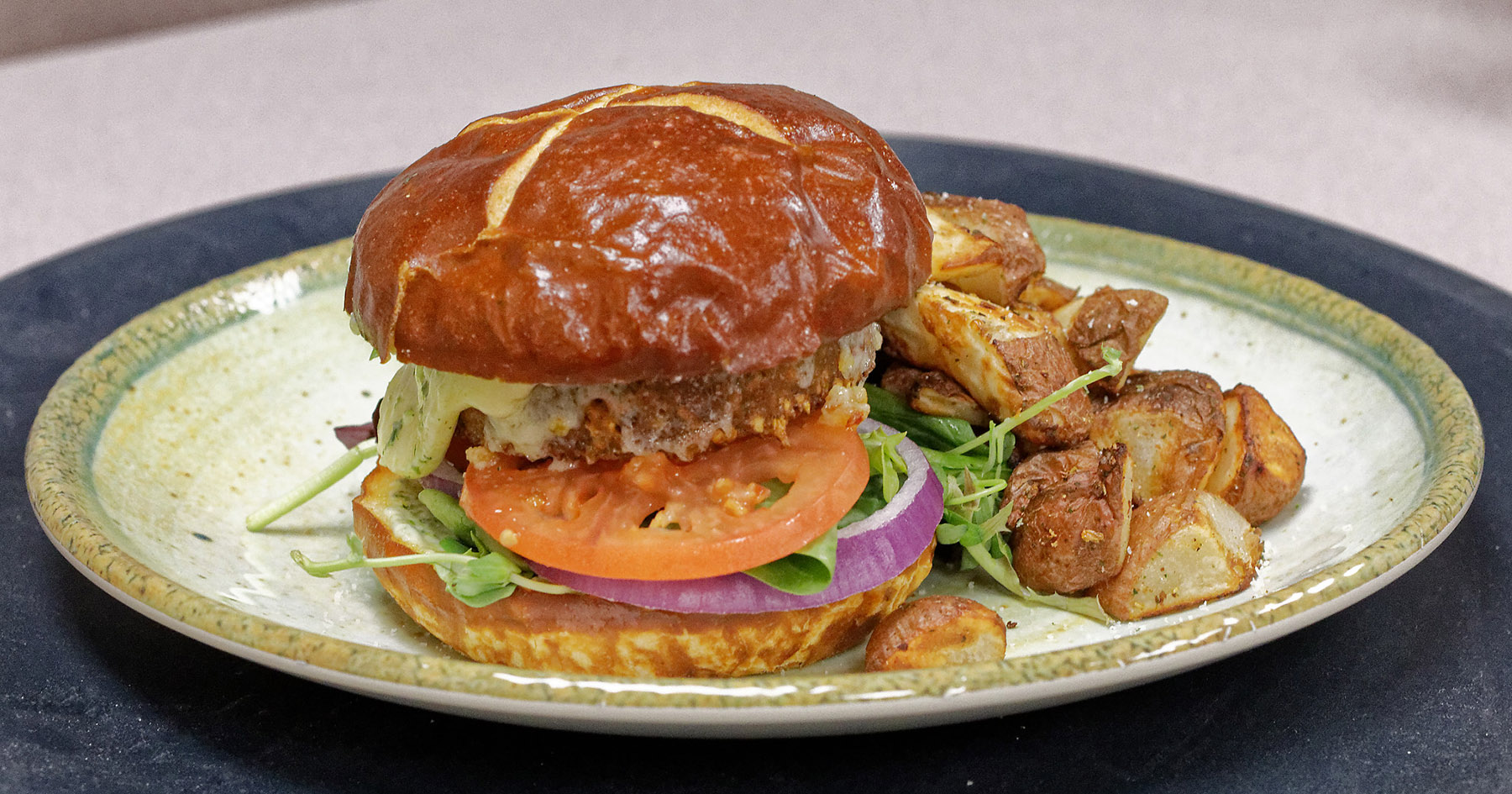 “I really like Mediterranean, Moroccan, Mexican, Korean, Italian—you name it,” Khan says. “With vegetables, you have to spice it up so customers say ‘Wow.’ My falafel is a good example.”

For his version of Lebanese falafel, he soaks and cooks dried chickpeas, then blends them with cilantro, parsley and chilies. The prep is paired with tzatziki, cucumber-tomato salad, garlic hummus and warm naan. Khan’s plant-based tostadas served with avocado mousse, black bean fire-roasted corn salsa, shredded lettuce and queso fresco are his nod to Tex-Mex.

There also are vegan options for chicken nugget and burger fans. Khan jazzes up purchased plant-based nuggets with a Korean barbecue dipping sauce and sweet potato fries, and menus the Beyond Burger on a pretzel bun with melted pepper Jack cheese, lettuce and tomatoes sided by seasoned roasted potatoes. He also makes a blended burger from scratch, mixing lentils and veggies with the bulk plant-based protein now available from a couple of manufacturers. 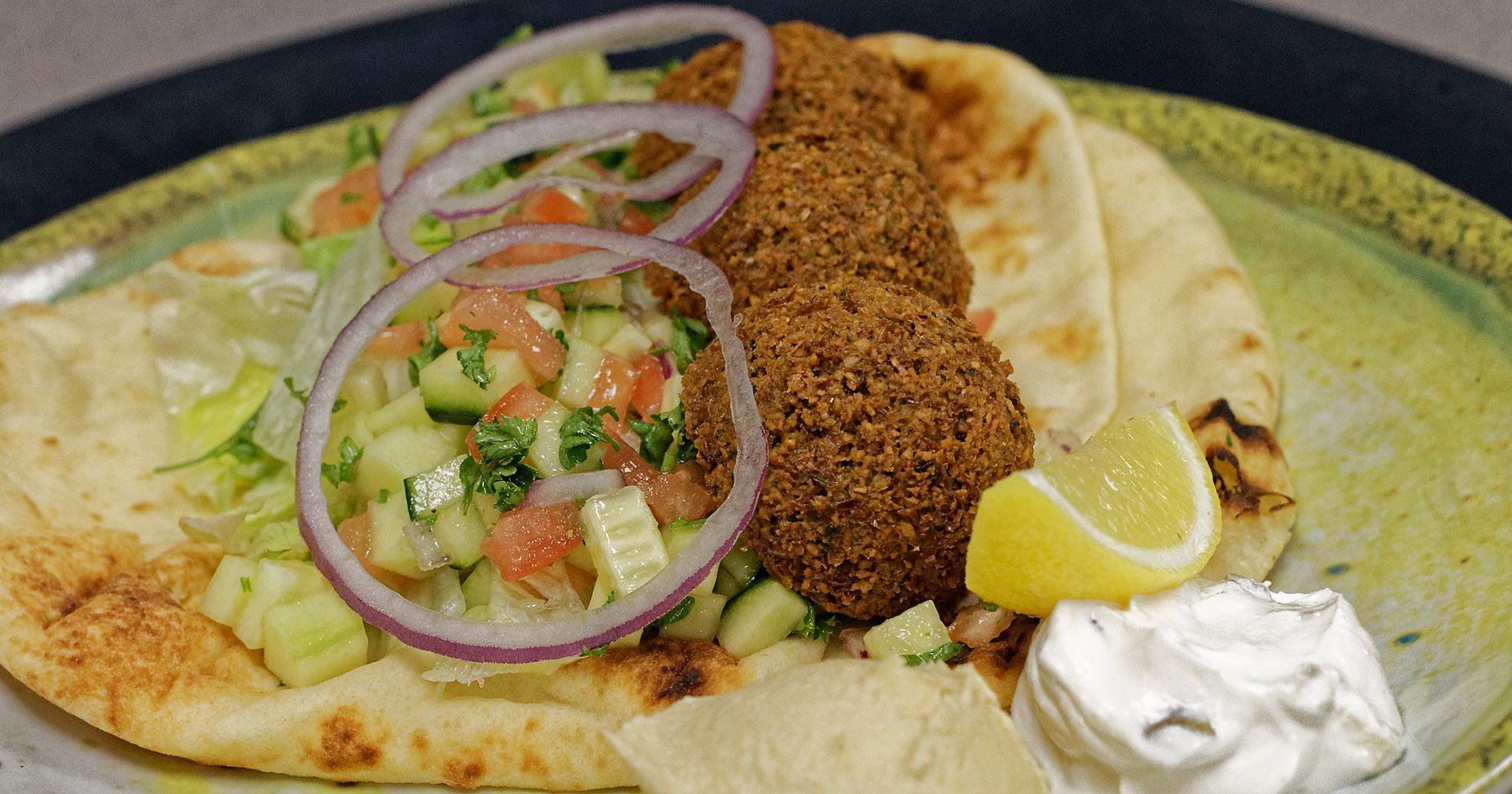 When Khan first came on board five years ago, Bryan Medical Center’s cafeteria had a traditional setup with only one line. A renovation was soon underway, and he was able to introduce stations for a more contemporary feel. “We now have six stations, each dedicated to a different specialty,” he says.

There’s a pizza and pasta station with a big stone oven; a sandwich station that also serves tacos, panini and fajitas; a classic American station with mac and cheese, burgers and other favorites; an Asian noodle bowl station featuring housemade broths; and a dessert station. The plant-based station is the latest to join the lineup.