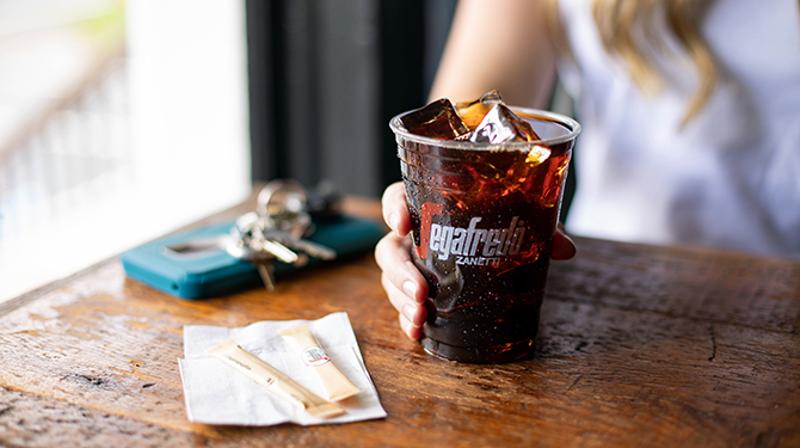 Cold coffee is hot—no doubt about it. But is it just a craze, a short-term trend? Or is it here to stay? That’s what foodservice operators want to know before investing time, effort and money.

It’s certainly selling like gangbusters at commercial outlets. Consumers are drinking more iced or cold coffee than they were two years ago, according to Technomic’s 2018 Bakery and Coffee Cafe Consumer Trend Report, and iced coffee has grown a whopping 47.1% on menus in the past two years. Younger consumers especially are driving interest in iced coffee beverages.

While iced coffee is booming, cold-brew coffee, a relative newcomer, has been garnering notice for the past few years and is now pushing into the mainstream. One-quarter of consumers say they would order cold-brew coffee from restaurants or foodservice locations; among 18- to 34-year-olds, that predilection increases to 27%, according to Technomic’s 2018 Beverage Consumer Trend Report.

Yes, the consumer interest is there, but does it have legs?

One telling statistic is that 25% of consumers say they would like more restaurants to offer cold-brew coffee, according to 2018 Beverage Consumer Trend Report. That pent-up demand would of course extend to workplaces and other noncommercial foodservice facilities.

Much of cold-brew consumption is driven by the under-40 demographic, with awareness at 80% for that group, according to the National Coffee Association. That’s a tremendous amount of sales potential.

Another key to longevity is that cold-brew coffee dovetails well with another rising trend in beverages: nitrogenation. Infusing cold brew with nitrogen gas adds an appealing light and creamy texture to the coffee. More than one-fifth (21%) of consumers have already tried nitro coffee, according to Technomic’s Fall 2018 C-Store MarketBrief. Even more people are intrigued by the idea: Forty-five percent of consumers unfamiliar with nitro coffee are interested in trying it.

Tips for the best brew

Critical to understanding cold-brew coffee’s potential longevity is that cold brewing is a brewing method rather than just a single product. Cold brewing is another tool in the beverage arsenal, along with traditional batch brewers and espresso machines. As the name implies, with this method, grounds are extracted at cool or ambient temperatures for periods as long as 12 hours or more, resulting in a rich and smooth, low-acid, slightly sweet cup of coffee.

Any type of coffee can be cold brewed. In fact, most cold brew is hand crafted back of house, chilled and dispensed from an urn or via a tap system (in the case of nitro cold-brew coffee). It can also be stored as a concentrate in a pitcher and reconstituted directly in a cup or glass, or even dispensed through a tap system. Segafredo Zanetti® offers a new solution for serving cold brew, too—a ready-to-drink cold brew in a 2-gallon bag—another convenient way to serve cold brew through existing dispensing systems. This option will be available in early 2021. Other options include exciting bag-in-box choices that allow operators to serve nitro cold brew as well as cold brew without CO2.That quick-service aspect is a boon for operators during busy peak periods and also appeals to on-the-run want.

Foodservice operators can experiment with various premium roasts and blends. Or they can consult with a trusted beverage partner about which coffees will produce the best results.  Segafredo Zanetti® Brillante® blend, for instance, is an excellent choice for operators looking for a crisp, smooth cold brew with refreshing notes of citrus and butterscotch.

Cold brew can also be dressed up with other trends in the coffee arena, such as rising consumer demand for plant-based milks—soy, almond, oat, cashew, etc.—and increasing interest in natural sweeteners such as honey, stevia, agave nectar and maple syrup.

What’s more, cold-brew coffee is a versatile component in coffee drinks such as frappes, blended with trendy flavor combinations and topped with cold foam. Even bartenders are experimenting with cold-brew coffee cocktails and zero-proof drinks.

Cold brew and other cold coffee drinks are here to stay. When foodservice operators decide to catch the cold-brew wave, it’s good to get advice from a trusted beverage partner. Although the cold-brew method may seem deceptively easy, there are important considerations about the type of coffee used, the proportion of grounds to water, brew timing and food safety concerns involved. An established cold brew program like Segafredo Zanetti®—with a how-to video, equipment, merchandising tools and dispenser recommendations—will help operators tame the learning curve and get a head start on cold brew.