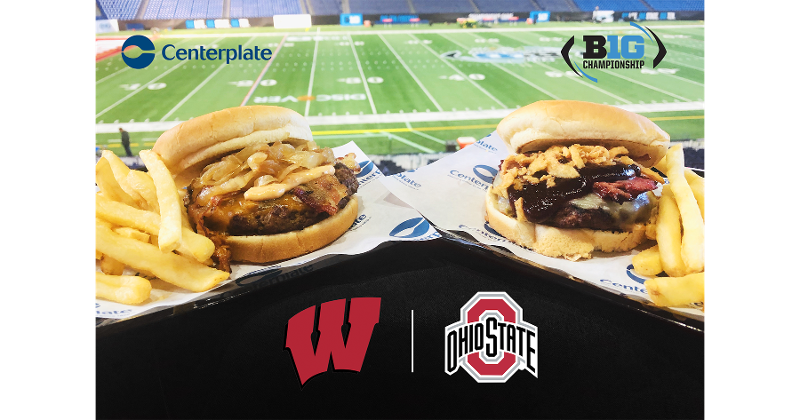 Plant-based burgers may be getting a big share of the buzz, but faux-meat patties aren’t the only innovations happening between buns. To meet consumer demand for something different on the burger menu, operators are serving up housemade versions with alternative proteins, global toppings, regional themes and sustainable ingredients.

“Students are no longer satisfied with a plain cheeseburger,” says Kris Solt, assistant director of dining services at Rutgers University in New Brunswick, N.J. “We have to keep inventing something new since our customers eat with us every day, and there are 30 locations around campus where you can get a burger.”

Seventy-nine percent of consumers order a burger at least once a month, says Technomic’s Burger Consumer Trend Report, and consumption is holding steady, driven largely by younger diners and men.

So how to stand out in the burger crowd? Solt says he focuses on proprietary, funkier takes, using local ingredients, house-baked buns and inventive toppings. “We want something less processed” than the fake meats on the market, says Solt, pointing to the school’s popular Umami Burger, which combines soy protein, mushrooms, quinoa, freekeh, lentils and Parmesan cheese.

Also on the menu is a quinoa-cauliflower burger, a tuna burger and a smoked turkey burger. “We used to make our own blended burgers [beef-mushroom blend] with a machine placed in the walk-in, but the commercial products have become better in quality and better for you,” he says. Solt also purchases a blended mushroom-bean burger.

“Students are no longer satisfied with a plain cheeseburger. We have to keep inventing something new.” —Kris Solt

The beef burgers offered at most of Rutgers’ campus outlets use meat ground by a local butcher, and several unique buns come out of the campus bakery, including the signature toasted brick oven bun and an olive bun. “We serve the olive buns with regular burgers, so the burger and bun don’t compete with each other,” he says.

Cooked-to-order burgers are the most in demand, Solt says, adding that “students don’t mind waiting 20 minutes in line to see a burger being made for them according to their specs.” The most-requested topping? Cheese comes in first, but sliced avocado is close behind.

What’s in a name? 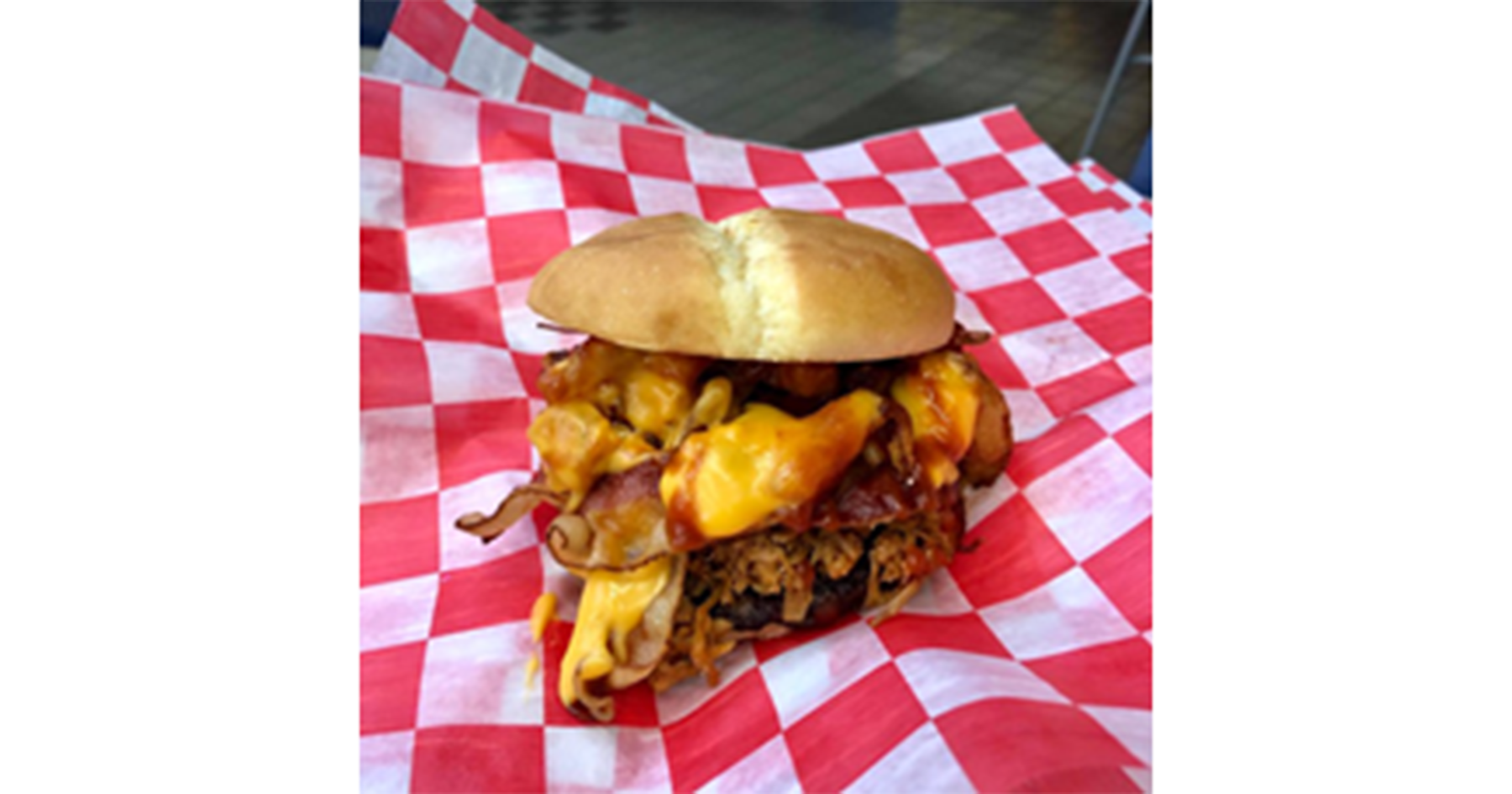 To innovate its burger lineup, West Virginia University in Morgantown, W.Va., created a competition between its two locations of Burgershop, a Sodexo concept. Every two weeks, each operation submits a burger idea, crowdsourced from employee input. Most recently, the Burgershop at Mountainlair Food Court created the Eichelburger, a burger topped with sauteed onions, bacon, shredded mozzarella and a drizzle of creamy Sriracha, while the Health Sciences Center location countered with its entry: Buffalo Bleu, topped with blue cheese crumbles and a drizzle of Buffalo sauce. The competition is promoted on social media, and students vote for their favorite. The winner gets to display a special trophy until the next Burger Wars takes place.

The competition has sparked a number of unique new burgers with unique names, says Larry Koay, general manager of Sodexo Dining Services at WVU. “Every time we launch a new burger, we see a spike in burger sales,” he says, noting that they are in constant competition with nearby burger chains. Hugh Baby’s BBQ & Burger Shop, another concept on campus, also offers specialty burgers.

Variety and uniqueness drive burger sales at sporting events as well, as foodservice provider Centerplate discovered with its Gridiron Burgers, served at Lucas Oil Stadium in Indianapolis. The special beef burgers, launched in 2019 and available during Colts home games, were created to give fans a taste of the visiting team’s city, says Jake Goodwin, senior hospitality manager for Centerplate, as well as to “offer options that were a little over the top.” 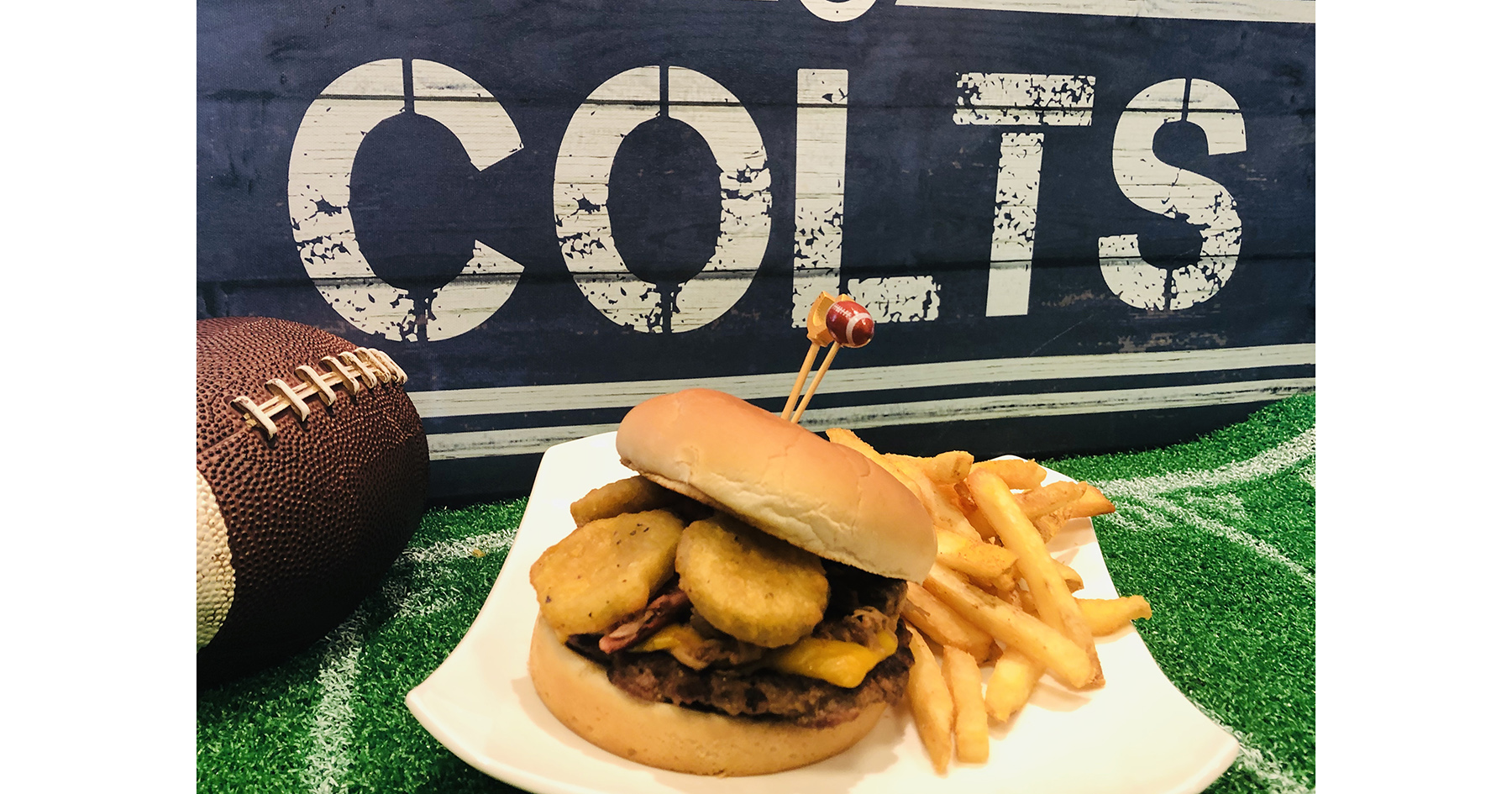 When the Atlanta Falcons came to play, Centerplate menued a burger topped with fried green tomatoes and grilled peach barbecue sauce; when the Denver Broncos were visiting, a burger with green chiles and tortilla strips made its debut. But the bestseller, Goodwin says, was the one served for the Carolina Panthers game—a burger topped with Carolina-style pulled pork and fried pickle chips. All of the specialty burgers sell for $12.

As a result, burger sales at the stadium jumped 57% from 2018 to 2019, Goodwin says. To promote the program, his crew often dropped off Gridiron Burgers with the hosts of a pregame radio show, who talked up the idea. Plus, the special burgers were placed in high-traffic locations to spur sales. “For next season, we’re working on a signature Colts burger, hitting on popular flavor profiles and focusing on Indiana products, such as local cheeses, barbecue sauce, bacon and beer,” Goodwin says.

Burgers to mark the seasons

At Pennswood Village Retirement Community in Newtown, Pa., burgers are in high demand. “Residents are asking for more vegan and vegetarian options, but they also want their meat,” Executive Chef Steve Plescha says. To accommodate all preferences and dietary needs, Plescha offers burgers with leaner meats, mushroom-blended patties and plant-forward versions, changing up options with the seasons.

Among consumers who order burgers, 39% are motivated by a craving and 35% by quality and taste.

Instead of purchasing branded burgers made with meat analogues, which Plescha says are “expensive and overly processed,” he makes a falafel burger with reduced-salt chickpeas, garlic, jalapeno, crushed rice cereal, coriander and cumin; tzatziki goes on top. The burger is gluten-free and lower in sodium—two big senior living requests. “We ran this burger for five weeks and it went over really well,” he says. For the summer cycle, Plescha is introducing a burger made with bison—a leaner red meat.

But seniors sometimes want to indulge a little, too. Pennswood’s a la carte menu caters to that choice, with a burger made of ground sausage topped with tomato sauce and melted provolone cheese. And for purists, a classic ground sirloin burger is always available.