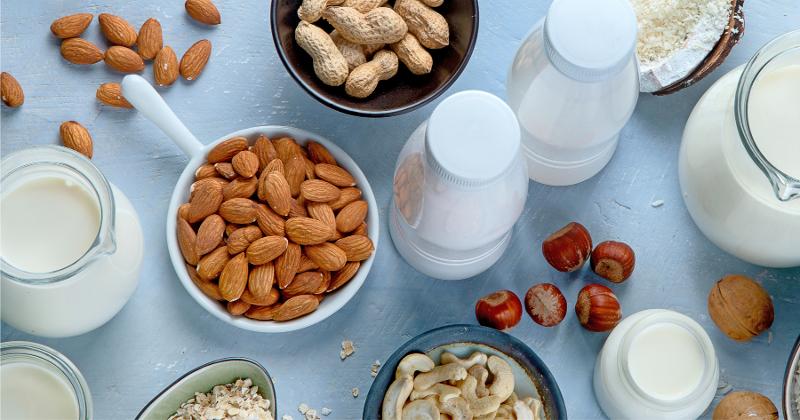 Ice cream is the quintessential summer treat, but this year, consumers may be just as likely to lick a cone filled with coconut milk ice cream as one containing classic rocky road.

With the ever-increasing variety and number of plant-based dairy products available, consumers can indulge in a wide choice of dairy-free yogurts, milks, ice creams and cheeses. But while these alternatives are gaining in popularity, there is still strong demand for good old-fashioned cow’s milk.

A new survey of American adults by the International Food Information Council (IFIC) compares how often and why consumers choose animal-based dairy products vs. plant-based alternatives.

But preferences seem to divide along age lines, according to the survey. Of those respondents 55 and older, 80% say they consume animal-based dairy foods or beverages several times a week, while 34% of those under 55 opt for plant-based products. Half of adults over 55 say they never consume nondairy alternatives, standing in stark contrast to just under 8% of 18- to 34-year-olds who say the same.

Gender appears to play a role, too: Women (29%) are more likely than men (23%) to sometimes choose both dairy and plant-based milk iterations.

The IFIC survey also took a deep dive into why consumers purchase yogurt. Among the top three reasons were taste (20%), nutritional value (13%) and health benefits/healthier option (12%).

Among those who cited health benefits as a purchase driver, 25% said digestive and gut health was their most desired benefit, while 24% chose general health and wellness. Many yogurts boast probiotics, which are said to promote a healthy gut. About half of consumers surveyed claimed to be very familiar with and know a lot about probiotics.

Results were derived from online surveys—conducted from April 1-6, 2021—of 1,014 adults ages 18 to 80 who consume dairy at least a few times a year. The results were weighted to ensure proportional results and reported by IFIC in “Understanding Dairy Consumers’ Purchasing Behaviors and Habits.”