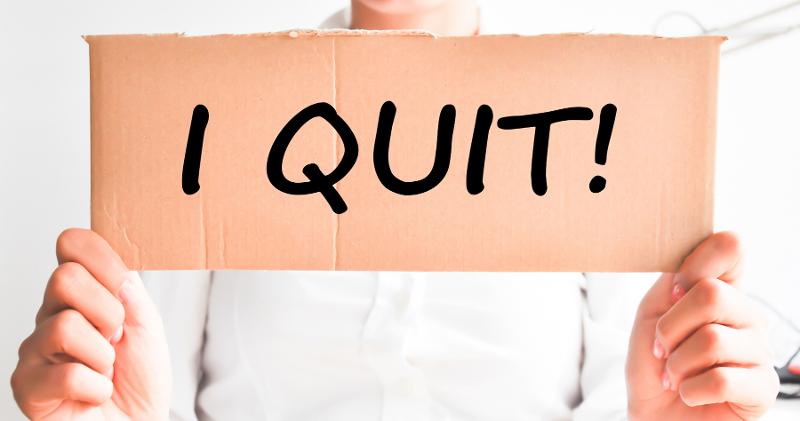 A majority of the foodservice workers who quit during what’s been dubbed The Great Resignation likely regretted the decision after they started their next job, new research suggests.

A survey by the job-finding website TheMuse.com shows that 72% of workers who walked away from their positions during the pandemic found their next job or employer failed to meet their expectations. That proportion applies to employees across all industries, including foodservice.

Nearly a third (29%) of the acknowledged Shift Shock victims said their disappointment extended both to the new position and the company they joined. Roughly 2 of 5 (41%) indicated they’d give the new gigs two to six months before doing something about the job.

Nearly half (48%) said they’d try to get their old jobs back.

About 781,000 restaurant and hotel workers left their jobs in January, a slight acceleration from the 776,000 who quit in December, according to Bureau of Labor Statistics data released last week. The absolute numbers, seasonally adjusted to reflect the upswing in hiring during the holidays, amount to 6% of the hospitality workforce.

A significant portion of the departing workers are presumed to have taken other jobs in the field, though the exact number was not revealed by the federal agency. Restaurant operators say they’re increasingly feeling competition in their recruitment efforts from companies in other industries, such as Amazon and Uber.

“This is a generational shift, driven by Gen Z and millennial candidates who are more likely to believe the employer-employee relationship should be a two-way street,” TheMuse.com co-founder and co-CEO Kathyrn Minshew said in a statement posted on the website SalesJobInfo.com. “On top of this, the pandemic has emphasized for many that ‘life is short,’ which means candidates are less likely to stick around in unfulfilling jobs.”

The findings are based on a survey of 2,200 people during early 2022, according to TheMuse.com.