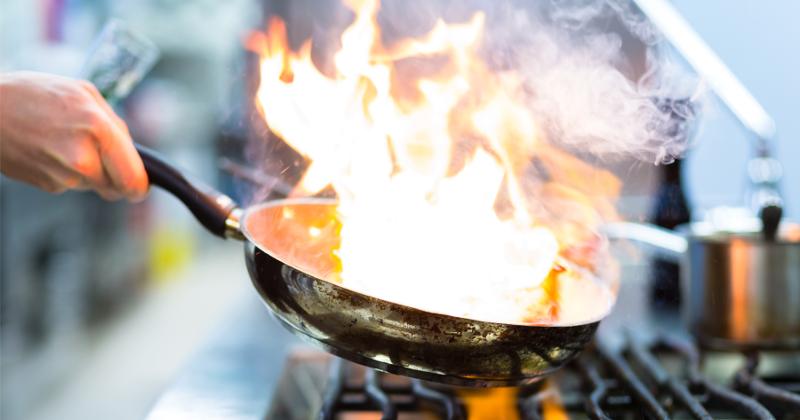 In the meantime, OSHA intends to make inspections of potentially high-temperature job sites a higher priority when heat indices climb past 80 degrees. Kitchens are mentioned as one of those workplaces, and the agency is also focusing on delivery drivers.

The announcement raises the likelihood of more near-term kitchen inspections whenever outdoor temperature readings should soar. But OSHA indicated that it will work with employers to protect workers more effectively from heatstroke or other heat-related ailments, rather than seeking sanctions or penalties.

The agency said it will consult with the employers to encourage such best practices as having cold water readily available, providing ample breaks so workers can cool off in the shade, and helping new hires gradually build up a tolerance to heat.

At least some of the recommendations could morph into requirements in the rulemaking process OSHA said it will commence in October by soliciting input from the public on what to set as regulations. The final rules may not be presented to employers for months.

The efforts to bolster workers’ protections against dangerously high temperatures are part of what President Biden termed “an all-government effort” to deal with extreme weather conditions, such as the heat waves that raged this summer in much of the country.

“As with other weather events, extreme heat is gaining in frequency and ferocity due to climate change, threatening communities across the country,” the president said in announcing the initiative. “In fact, the National Weather Service has confirmed that extreme heat is now the leading weather-related killer in America.”

He said that millions of American workers are at risk when temperatures climb high, and cited such additional vulnerabilities as the lack of air conditioning in schools and some retirement homes.

Several states, including California, Washington and Minnesota, adopted new rules this summer in attempts to better safeguard workers from the extreme heat that afflicted those areas. Oregon is in the process of drafting standards.

“This summer, fast-food workers in California joined workers across the nation to speak out and go on strike to demand billion-dollar corporations and our elected leaders take action to protect us amid historic heatwaves,” Leticia Reyes, a worker at a Jack in the Box in California, said in a statement issued by the advocacy group. “Now, the Biden administration has heard our demands and recognized that fast-food workers, farmworkers and other essential workers need new rules in place to keep us safe as climate change leads to longer, hotter and more suffocating summers.”

Cool ways to beat the heat in a sweltering foodservice kitchen