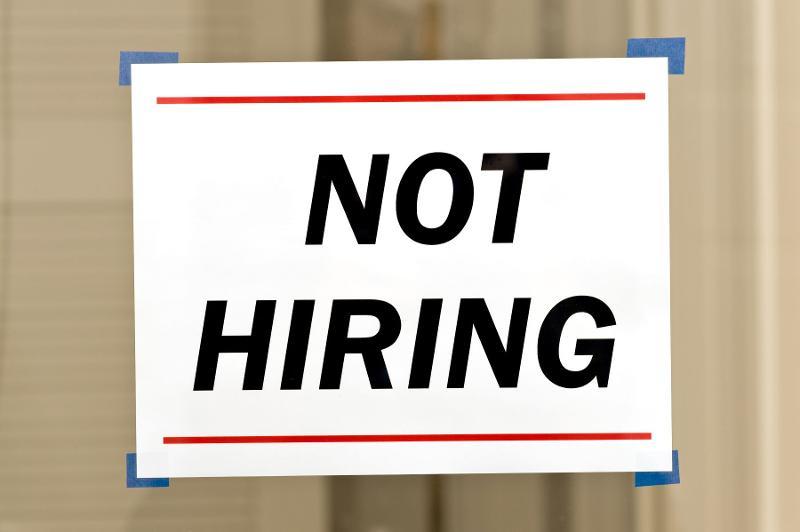 Half of restaurants have slowed hiring because of high labor costs. / Photograph: Shutterstock

About 9% of restaurants are laying off workers and another 55% are ceasing recruitment efforts because of climbing costs, softening revenues and fears the economy is weakening, according to new research.

A canvass of 5,618 restaurants and other small businesses by the online resource site Alignable.com found a sharp acceleration this month of an employer retrenchment that seemed unimaginable six months ago. Just in the restaurant sector, the tally of places halting their hunt for new hires has jumped by 17 percentage points, Alignable found.

Other industries stomped even harder on the brakes. Across all trades, 63% of small businesses, or SMBs, have stopped looking for workers to hire.

About 10% reported that they’d cut cuts.

“It’s hard to imagine after struggling for so long to find help that these particular SMBs are now forced to cut workers loose, but that shows just how devastating the economy has been for these small businesses so far this year,” Alignable commented.

The only businesses stepping up their recruitment efforts are gyms and trucking companies, Alignable found.

Alignable reported that a minority of small businesses have backed off on recruitment because those efforts have been fruitless. But “the majority note that it’s just too expensive to do it in this environment,” it said.

About 2 of 3 respondents (58%) said they’re spending at least 50% more on labor than they did before the pandemic, and roughly 3 of 10 (29%) reported that that cost had doubled.

Alignable noted that rents and the costs of supplies are also steeply rising.

But sales have failed to track those upswings, the researcher found. Only 23% of the small businesses that participated in its survey said their revenues are back to where they were pre-pandemic, the lowest recovery rate Alignable has seen in a year.

“We will need to watch carefully to see if hiring trends up again as small businesses prepare for Q4, perhaps hiring temporary, part-time seasonal workers,” the researcher observed.

It noted that the fourth quarter tends to bring “an increasing number of celebratory dinners out.”