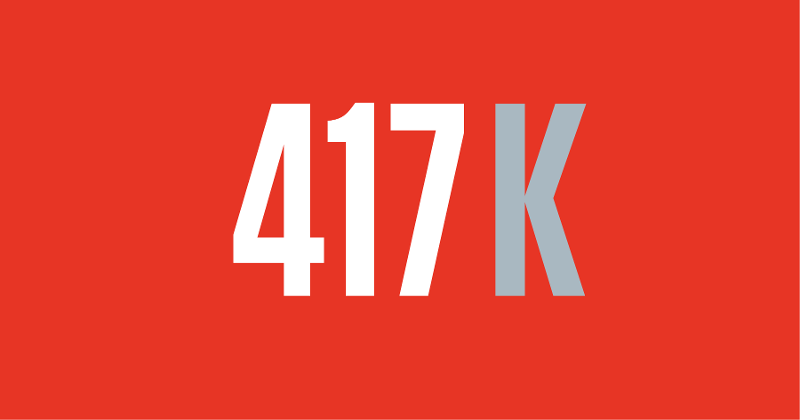 New federal data hints at a remarkably bleak month for the foodservice industry in March as mass closures and service reductions led to mounting layoffs and furloughs throughout the country.

Monthly jobs data from the U.S. Department of Labor shows the industry lost 417,000 employees in March, a number that in almost any other time would have been bad enough on its own, wiping out two years’ worth of industry job growth.

Yet that number is also badly undercounted: The survey the department uses to compile the data was done early in the month, before states began shutting restaurants and bars to dine-in traffic and consumers started working from home and not going out to prevent the spread of the coronavirus.

That means they don’t reflect the last two weeks of the month, when 10 million Americans filed new unemployment claims.

Yet the data does suggest that the foodservice industry took the brunt of the hit from these closures. Overall, according to the survey, the economy lost 701,000 jobs and the unemployment rate rose to 4.4%.

That means foodservice outlets represented 60% of the total job losses for the month. No industry came anywhere close to the number of that industry's declines during March. In other words, it suggests that the industry lost several million jobs in a matter of two weeks.

After years of steady growth, the number of jobs in the restaurant industry declined considerably in March, falling to 11.9 million, according to IRI.

The coronavirus has sickened more than 240,000 as of Friday morning, with 6,000 people having died from the virus. To prevent its spread, states deliberately restricted dine-in service at restaurants and in most states ordered residents to shelter in place. Such restrictions are done to slow the virus’s spread, keeping patients from overwhelming hospitals and giving researchers time to develop vaccines and treatments.

The cost of the restrictions, however, has hit restaurants hard, as the vast majority of them can’t make up for lost dine-in sales through takeout and delivery, and as work-at-home requirements keep commuters off the road. Tens of thousands of restaurants are already permanently closed, and more are expected to join them.

If the industry lost 4 million jobs over the past two weeks, for instance, it would take restaurants back to total employment levels not seen in more than 20 years.

Before those shutdowns began, many foodservice operations were starving for employees, raising pay and benefits while searching for efficiencies as many jobs went unfilled. The industry had been increasing the number of jobs at a rate considerably faster than the economy as a whole.

That market has been turned on its head, with employers slashing workers and searching for ways to keep key staff as sales dwindle to almost nothing in many cases.