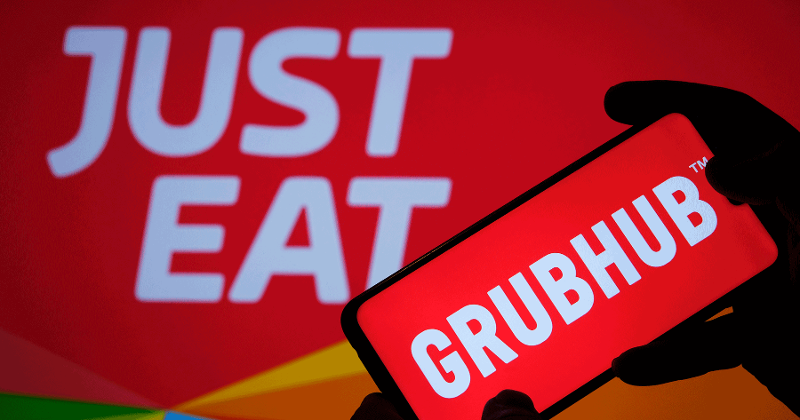 Gruhbub's shareholders on Thursday voted to OK the company's acquisition by Just Eat Takeaway.com (JET), exactly one year after the $7.3 billion deal between the two delivery giants was announced.

The deal is expected to close June 15, and will create one of the largest food delivery companies across the globe. Together, Grubhub and JET generated revenues of $4.7 billion last year across 24 countries, with a combined comprehensive loss of $380 million. Amsterdam-based JET's primary markets are the U.K., Germany, Canada and the Netherlands, while Grubhub operates solely in the U.S.

More than 56 million outstanding shares voted during Thursday's shareholders meeting, with more than 99% voting in favor of the acquisition.

"We are pleased that Grubhub stockholders overwhelmingly supported the recommendation of Grubhub's board of directors on the pending combination with Just Eat Takeaway.com and voted in favor of the transaction," said Matt Maloney, Grubhub's founder and CEO, in a statement. "We thank our stockholders for their continued support and look forward to working with Just Eat Takeaway.com to complete this transaction."

JET favored Grubhub in part because of its similar business model. Both companies began in the early aughts as online marketplaces where customers could order from restaurants that provided their own delivery. They later adopted a hybrid model, launching their own delivery fleets to transport some orders.

In a joint announcement of the deal last June, JET said it believed the U.S. food delivery market remained underpenetrated and that it planned to invest especially in places where Grubhub has a leading position, with an emphasis on growing market share over profits.

The greater scale brought about by the combination is also expected to give the company more financial flexibility as well as the ability to leverage best practices between the two.