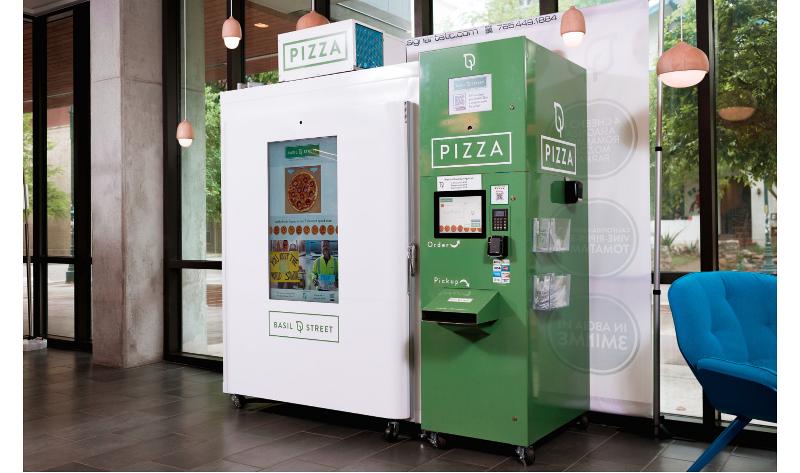 Basil Street is ready for takeoff.

The company has a deal to put its automated pizza kiosks in U.S. airports, aiming to offer travelers around-the-clock access to pizza.

The deal could lead to as many as 200 airport Basil Streets over the next 12 to 18 months, said CEO Deglin Kenealy in a statement. The company also plans to put units in universities, factories and office buildings.

The company's 22-square-foot "automated pizza kitchens" can cook its frozen, 10-inch pies in about three minutes. To order, customers scan a QR code with their phone, pick their pizza, pay, and wait for the pie to pop out. Each kiosk will have three pizza options—four-cheese, pepperoni and a rotating pizza of the month—for $12.95 to $14.95.

Founded in 2016, Basil Street recently received key certifications from NSF and Underwriter Laboratories that paved the way for broader expansion, including the Prepango agreement.