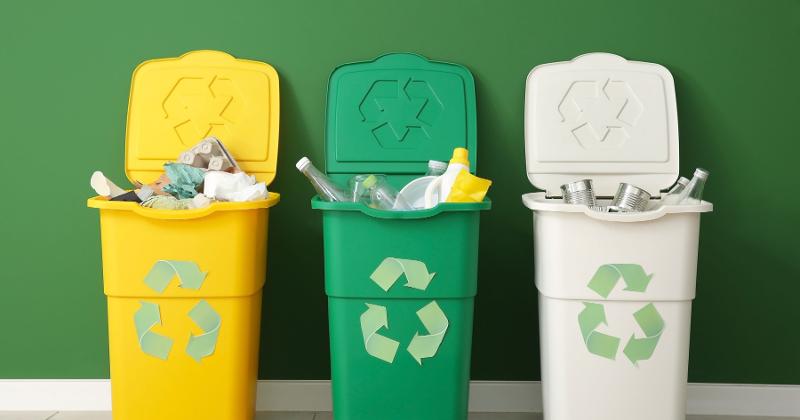 The club, which was started in 2001, trains teams of students about the ins and outs of recycling. / Photo courtesy of Shutterstock.

And its approach puts students right at the heart of the effort.

The club, which was started in 2001, trains teams of students about the ins and outs of recycling. Those student groups, called Green Teams in middle schools and Cafeteria Rangers in elementary schools, then help teach the rest of their school how to sort food waste.

“The mission of this organization is to reduce, recover and recycle to improve the environment and develop the next generation of environmentalists through project-based learning,” said Jim Corwin, co-director of the club. “We’re not gonna go in and do this for schools. We’re going in and showing schools, showing students, how to do it for their schools.”

Prior to its current project, the club received a grant to quantify food waste in Rhode Island schools. So, its team went into elementary, middle and high schools to measure what was wasted. That research has guided them in creating a best practice method for waste reduction.

The club’s program starts with an educational presentation about the problems of food waste from the Rhode Island Resource Recovery Corporation, the state’s central landfill organization. The club then goes into the schools to discuss what students learned during the presentation and start training them on a new waste-sorting system.

“[Participating students] get to come to lunch before everybody else, eat their lunch, so the last eight minutes of the lunch period, they can man the sorting station and they get to tell everybody how to sort their waste,” said Corwin. “And they absolutely love it, they can’t wait to have a chance to do it.”

The system starts with a share table that repurposes uneaten food. On the table is a cooler where students can place leftover perishable items like milk, yogurt and cheese sticks. There is also a basket for leftover fruits. 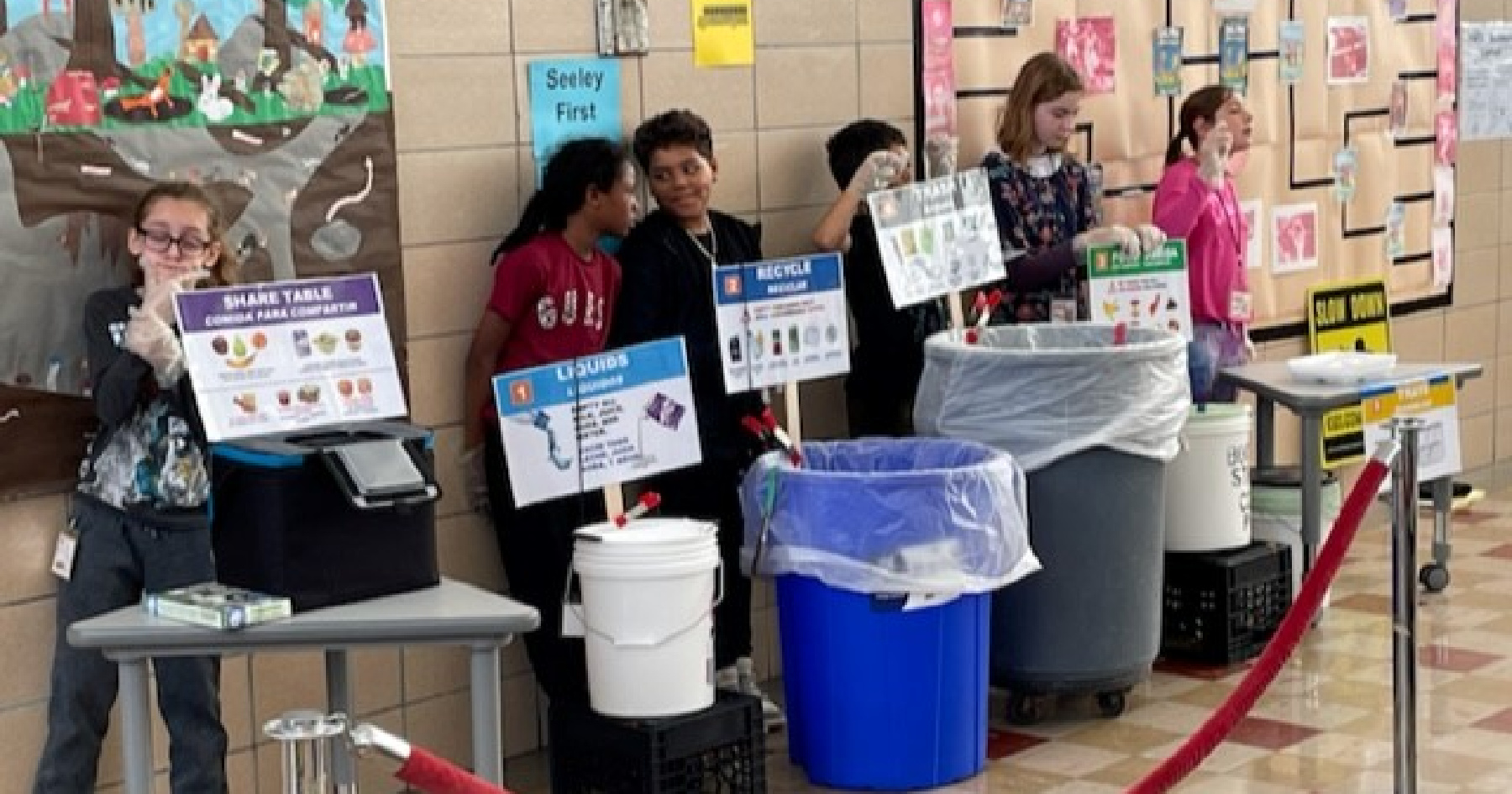 The club teaches students how to teach others about recycling. / Photo courtesy of Rhode Island Schools Recycling Club.

The next station is a 5-gallon bucket with a colander on top where students pour out leftover milk. Next is a recycling bin for milk cartons and plastic bottles, followed by a landfill bin that holds the trash that cannot be composted or recycled. “It’s amazing how little goes into the landfill bin,” said Corwin.

The final bin is the compost bin, which holds leftover food scraps. The compostable materials are picked up on a weekly basis by a local composting company.

Lastly, trays are neatly stacked before being taken to the garbage.

“We reduce landfill waste—the amount of waste going into the landfill dumpster from the cafeteria—by 80% as the result of this process,” said Corwin.

The project’s first pilot, which started during the pandemic, began with four schools, but now eight schools are involved. Corwin said demand for the club’s services is growing due to a new Rhode Island law that requires schools to divert food waste away from the landfill, and the organization expects to divert 60 tons of food waste this year.

“Over the course of two years, we worked with four pilot schools—there were two elementary schools and two middle schools—and we diverted 13.6 tons of food waste away from the landfill,” he said. “We recovered 1.5 tons of perfectly good food, and we donated it or redistributed it within the schools.”

In addition to the sorting system, Rhode Island Schools Recycling Club brings a focus on preventing food waste in the first place, through adjusting the way student meals are served.

“What we found was that if we weighed the tray that an elementary school student took when they walked to their table, compared to the high school, it was the same weight,” Corwin said. “So, you have these little kids taking way too much food or being served too much food. Which is a strategy that we’re focused on right now, in terms of reducing food waste, is to make sure people don’t over serve young kids.”

One reason for overserving is misconceptions around the definition of a nutritious reimbursable meal, according to Corwin.

“One of the reasons why elementary schools are wasting so much more food than other schools is that the prevailing kind of myth is that a nutritious reimbursable meal from the [National School Lunch Program] has to have five components, which include milk, a meat, a grain, vegetable and a fruit,” he said. “The truth of the matter is a reimbursable nutritious meal only needs to have three of those components, provided that one is either a fruit or a veggie.”

One project the club has in the works is a zero-waste day that will be held in late November at one of the participating middle schools. The goal behind the day is to have everybody eat what they take while dining at school.

Preparing for the event starts with curating a menu with popular food items. The recycling Club will then hold an interview with the school’s foodservice provider to discuss which meals are most popular and brainstorm strategies for reducing waste.

Prior to the zero-waste day, an email will go out to parents with information for those who pack lunch. Corwin said the email will encourage parents to pack with reusable containers and share other tips for participating.

Students who come up to the sorting station at the end of the meal with an empty tray can then pick prizes out of a grab bag.

Corwin said that through the organization’s work, he has noticed students, especially younger ones, often don’t need external motivators to reduce food waste.

“One of the schools that I walked into, they were already measuring the wasted food in their cafeteria because the students were so disappointed that that was happening. So, when I first walked into the school to introduce myself, they were telling me how much yogurt they were wasting. They were telling me how many apples they wasted,” he said. “I think with climate change, the awareness of anything that we do that is wasteful and harmful to the environment is really motivating to these younger kids.”