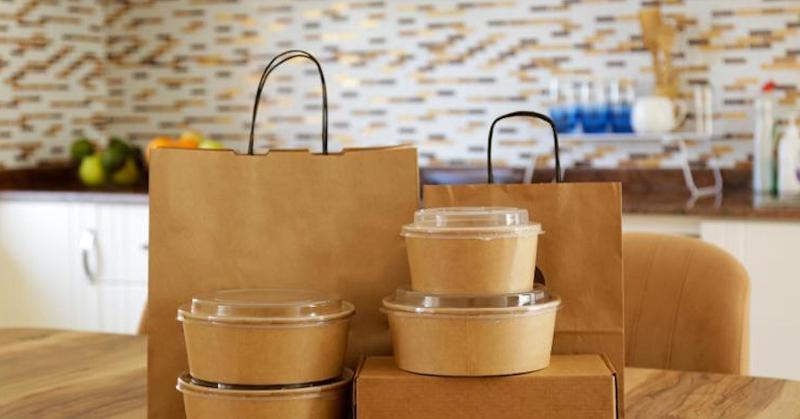 Foodservice operations located in California could be hit with higher packaging costs as a result of legislation enacted by the state last week to reduce the use of disposable containers and utensils long term.

The measure also calls for outlawing the use of polystyrene as of 2026 if 25% of the food-packing material isn’t being recycled by the end of 2025.

At the heart of the new law is a landmark requirement that packaging manufacturers assume the cost of collecting and processing petroleum-based materials after they’ve been used. It calls for taxing the suppliers a collective $500 million per year over a 10-year stretch for the reclamation efforts, which are currently shouldered by government agencies. The more potential litter or landfill a manufacturer potentially generates, the higher its yearly contribution to the $5 billion statewide fund.

The rationale is that the expense will prompt manufacturers to adopt materials that are more readily and inexpensively diverted from the waste stream. But there are expectations that the suppliers will factor the recycling or litter-collection costs into their prices, thereby spurring customers like restaurants or even consumers to push for less-expensive options that are coincidentally eco-friendlier.

That set-up is known as Extended Producer Responsibility, or EPR. It has long been used for products such as automobile tires, car batteries and electronics. But it was not applied to packaging within the United States until last year, when Maine and Oregon passed legislation to make suppliers ultimately responsible for cleaning up the litter and refuse they generated. More than 20 states are now said to be interested in adopting the model.

Pressure had been building rapidly in California to adopt the approach. Local proponents had made it likely that a referendum instituting EPR would likely be included on ballots in November if the state legislature and Gov. Gavin Newsom had not acted. It was feared that the voter-approved measure would be more far-reaching and stringent.

The state Assembly passed the bill by a vote of 67-2 on Wednesday. The Senate approved it the next morning by a 27-0 vote, and Newsom signed it into law later that day.

The law calls for the creation of what’s called a producer responsibility organization (PRO), the entity that will distribute the $5 billion in plastics recovery and recycling, by Jan. 1, 2024.

It also stipulates that 65% of plastic packaging materials used in the state be recyclable or compostable as of Jan. 1, 2032. Otherwise, state officials can set new rules.

“By mandating actual reductions in single-use plastic for packaging and creating a system of extended producer responsibility (EPR), this law tackles two of the core causes of plastic pollution — excessive production of single-use plastic and underfunded, outdated recycling systems,” Conrad MacKerron, SVP of the nonprofit shareholder advocacy group As You Sow, said in a statement. “We have been pressing companies to endorse EPR systems in the U.S. for more than a decade and welcome this long-delayed key to upgrading recycling for the 21st century.”