Hollywood has the Academy Awards. In foodservice, there’s the Gold & Silver Plate Awards.

Since 1954, the International Foodservice Manufacturers Association has honored top operators around the country with its annual Silver Plate Awards in nine segments ranging from health care to education. This year’s winners were announced in March during the annual Chain Operators Exchange in Las Vegas, and there are some familiar faces (three of our past FSDs of the Month, to be exact) in the mix. At a sold-out award ceremony May 21 in Chicago, one of nine will receive the top honor: the Gold Plate Award.

In the lead-up to the big reveal, we talked to four Silver Plate winners in noncommercial foodservice about recent successes, current endeavors and challenges that lie ahead. 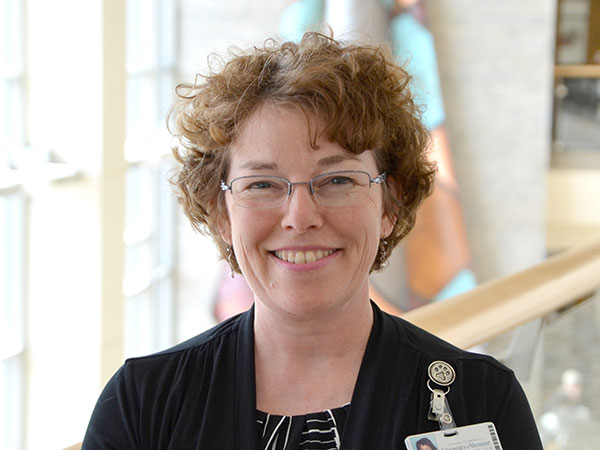 Looking back: Imrie is proud of her department’s dedication to continued innovation. “Every year, we devise a plan so we’re not just staying the status quo,” she says. “We’re always moving in the direction of our mission.” Recent successes include serving 80 percent of meat and dairy without non-therapeutic antibiotics, and opening the Garden Atrium, a fast-casual cafe near the surgical waiting area. Imrie designed the space to be soothing and healing for patients and their families, with cozy elements such as a fireplace and library of cooking and gardening books. Staff prepares dishes using produce grown in the adjacent rooftop garden.

Patient feeding always is top of mind for Imrie, but statistically it accounts for less than 15 percent of the 2 million meals served annually at the center’s six dining areas. A recent study also indicated that 14 percent of customers dining at Imrie’s facilities have no purpose for visiting the building other than to eat. “So what that tells me is that I have a huge opportunity to improve health,” Imrie says.

A recent conversation reinforced for Imrie just how well her team is delivering on that mission. “A colleague over at the university told me, ‘I bring my family at least once a week to the Harvest Cafe,’” Imrie says. “I said, ‘Well, why? You have all kinds of [restaurant] choices.’ And she said, ‘It’s great food, it’s affordable. It’s a safe environment for our young kids to learn how to act in public at a restaurant. And I know the food reflects our values.’”

Looking ahead: Local ingredients and made-from-scratch dishes aren’t a trend, but a preference that’s here to stay, Imrie says. “If you don’t have [healthy and local food] as your mission, it’d be really hard to attract really talented employees,” she says.

Setting priorities for her team is one of the biggest challenges Imrie sees for the future. “What does keep me up at night is that my team is really very high-performing,” Imrie says. “We like to lead new innovation, and then there’s the operations, the day to day, and it is a real balancing act.” 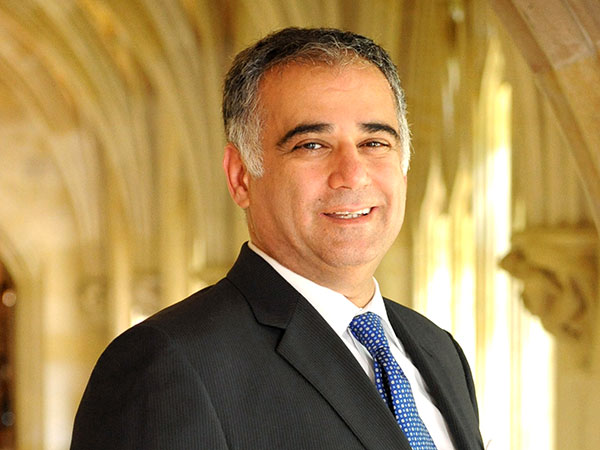 Looking back: Taherian drew attention by leading creative renovations at Yale during the economic downturn, and he’s continued to make new offerings a priority each school year. He’s proud of Yale’s moves to reduce overall meat usage—such as introducing blended burgers—in order to afford the switch to humanely raised meats.

Shifting toward what Taherian calls a plant-forward menu also is a key achievement. “We did not remove the meat from the menu, but we made meat alternatives more attractive,” he says. Moves such as bringing in restaurant chef and cookbook author Joyce Goldstein to reinvent the salad bar paid off with a 30 percent increase in produce consumption from 2010 to 2013. “From 2013 to 2016, we gave ourselves the goal of increasing produce consumption by an added 20 percent, and we are now at 15 percent,” he says. A plant-based charcuterie program—think rutabaga pastrami— also is underway.

Eight years ago, Taherian and his team introduced a strategic plan to grow its on-campus catering unit, Yale Catering, which included increased training and new client-relationship-management technology and methodology. The result was a growth in sales from $1.5 million to $6.5 million. “This is not by mandate; this is by choice,” he says of the increased use of catering by campus departments and organizations. “We compete with everyone else in the marketplace.”

Looking ahead: Following a focus on reducing post-consumer food waste, Taherian wants to work with producers to cut down on unused produce before deliveries even arrive on campus. “Forty-five percent of the food waste is actually wasted right at the farm. A lot of lettuce is abandoned on the farm because they’re not absolutely pristine. … How can we be an influence in terms of reducing preconsumer food waste?” he says.

One solution might be teaming up with other universities. “What are the possibilities that we can combine some of our purchasing powers, or at least have a conversation with the growers and purveyors and create this level of interest on the demand side?” he says. 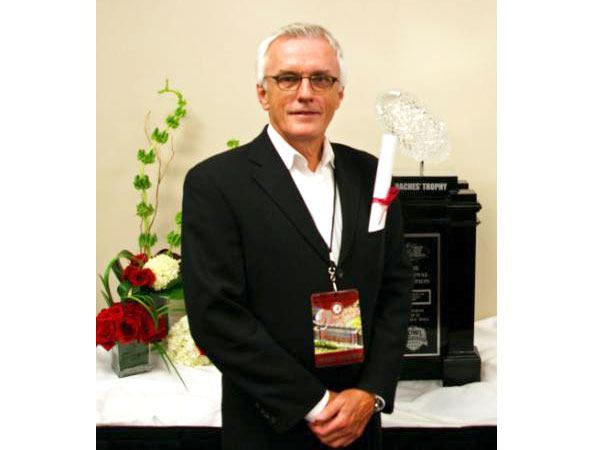 Looking back: This midsize contractor may have a 65-year history and a national footprint, but its primary focus is narrow: client retention. “Yes, we do like to have new business and we do every year, but we also are much more pleased with retaining business,” says Barclay. “That’s more rewarding than anything.” Volkswagen and State Farm are long-term clients; recent additions include sports facilities at University of Alabama and Mississippi State University, and government research centers in rapidly growing Denver.

Looking ahead: In Barclay’s mind, the biggest challenge ahead is the age-old issue of staffing. “I really believe the first and foremost challenge in our business is always going to be human resources,” he says. “We can adjust menus and continue to evolve, but when you’re in the service industry, you want to recruit good, solid people.”

As for trends, you never know what will come back around. “Food trucks! How about that; we’ve come full circle,” Barclay says. “I remember a food truck in 1976 at one of our accounts. Now, it’s certainly different and healthier and cleaner and safer than [food trucks] had to be back then; we all had the term ‘roach coach.’” Barclay expects to see more food trucks and unmanned kiosks in facilities such as military bases as they move away from the “old-school large cafeteria” to smaller, leaner grab-and-go operations. 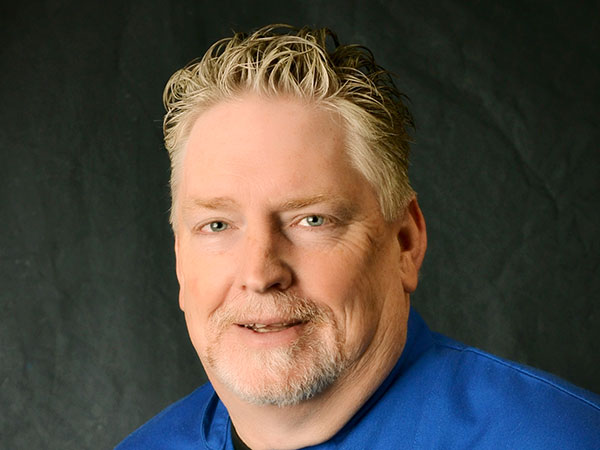 Looking back: “Chef Jeff” Denton has appeared on TV, written books and opened two restaurants and a food truck, but one of his proudest achievements is launching before-school assemblies for his district’s students. “This morning, we talked about foods that are good for cognitive skills and recall skills,” he says. “Recall skill says you learned something and you repeated it back. It’s great for testing. Cognitive says you heard something and you understand it. Big difference.”

Same goes for the content he’s teaching. “I don’t want [the students] to just recall it. I want [them] to understand it,” Denton says. “And that way, when you make your food choices, you say, ‘I like salmon because of the omega-3s. I like avocados because of the vitamin E. I like blueberries because they help my recall system,’” he says.

Of Ponca City’s 5,300 students, 68 percent qualify for free or reduced price lunch—enough for hunger to be a real concern, but not high enough to qualify for the Community Eligibility Provision, which would permit Denton and his team to offer free meals to all students. Keeping the department in the black year after year is another success Denton can smile about. “Our budget’s $3.9 million. We haven’t lost money in 20 years, probably even longer,” he says.

Looking ahead: Denton is concerned about the trend toward increasingly shorter lunch times, especially for elementary school students. “Poor eating habits are established when not taking the time to eat right or eating quick,” he says. “If you have only 10 minutes or 15 minutes, [kids will] eat the items they’re familiar with and they like.” As classroom demands eat into meal times, continuing to advocate on behalf of students will be crucial. “When they have more time, in a more relaxed atmosphere, they may take more time to try new things,” he says.