Shortly before Thanksgiving 2005, Chartwells College and University Dining Services, a division of Compass Group, named University of Nevada, Reno (UNR) a Center of Excellence (COE). It was no small accolade for the staff and management, who set out to achieve COE status a little more than a year ago. 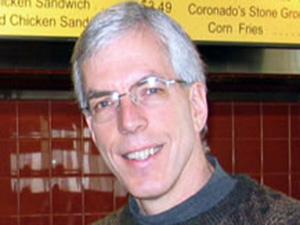 In fact, it's been a 13-year progression toward that goal, according to Russ Meyer, associate director of residential life, housing and food services for UNR, who spearheaded the quest since his arrival on campus as fsd in 1992.

To get to this point, Meyer has had to be the consummate diplomat and one powerful persuader to get university administrators and the contractor on the same page. But with the quiet patience of the fly fisherman he is, and the determination and daring of the kayaker still working on perfecting his Eskimo roll, it's all worth the effort.

Long-term outlook: "Chartwells has been here six years," Meyer says. "Being a Center of Excellence, or the equivalent, was part of our request for proposal in 1999 when we went looking for a partner. This institution had changed its contractor with every new contract. We wanted a partner in a situation where they could succeed long term. We wanted to be a 'showcase account,' figuring that would be a good benchmark. We said we wanted to be an account they'd show off to potential customers."

Meyer knows that being a showcase account includes having updated and appealing facilities, but when he arrived they were in bad shape. Over the ensuing 13 years, the department has redone every facility or built new. Now, even the small ones boast the technology to accept declining balance and credit cards.

"When the RFP went out in 1998-99, we told (potential bidders) that during the period of contract (it was for five years) we'd be a showcase account," Meyer recalls. "About two years into the contract, UNR did a dog-and-pony show for Chartwells, turning the tables on them since it's usually the contractor who's trying to impress the client. We spoke of our potential growth and we wanted to see how long they wanted to be here. We signed a 20-year contract at that time, with a substantial investment from them. We wanted to get out of the cycle (the five-year contract cycle) where no one does anything in the last year."

In-state effort:The growth Meyer refers to stems from the establishment by the state's governor five years ago of special scholarships for Nevada students to attend in-state institutions. UNR enrollment is now approximately 16,000, with 259 new bed spaces opened in 2001 and another 259 beds added in 2003. This increase in enrollment, reflected in Meyer's master plan conceived prior to releasing the RFP, included a new residence hall and residence dining facility. Shortly after the second 259-bed addition, a new dining facility including a c-store, was opened. Ten months later, the old residential dining facility was renovated into a foodcourt.

"What we've seen since we're into the long-term mode is a steady progression of improvement in products and services with management staff who know they can stay here long term,"Meyer points out. "If they're happy, contributing and progressing, they can stay here. But the No.1 thing was to get whoever we signed with to understand they were coming in to operate our foodservice, up to our standards, for our staff and students. It was a real paradigm shift for folks. They couldn't take a cookie-cutter approach but would have to adapt those concepts to what we need. What we get, we get to determine, and that took about a year."

Putting foodservice where the need will be hasn't always been the plan at UNR. In fact, when Meyer arrived a new building was nearing completion at the far end of the campus with no plan for including foodservice. Soon enough though, he created a "great little cash-op space" across the street that's now doing substantial business.

Now, Meyer and the university are in the planning stages of two major projects for the new Student Union slated to open in fall 2007 and a new Knowledge Center (a library) complete with coffee shop offering espresso beverages and grab-and-go items, due to open in fall 2008. "So there's been a big shift in thinking, planning ahead for foodservice," he says. "We were never on the radar screen in new buildings. You have to work with all the different campus entities to make it happen."

Numbers up: At UNR, all freshmen living on campus are required to have a meal plan, and about 85% of on-campus residents are freshmen. This fall, there were 1,750 students on meal plans. Just two years ago, prior to the opening of new facilities, only about 1,300 were on meal plans. "We've also increased the number of upper classmen who live on campus, especially about 225 sophomores, juniors and seniors in a newer, apartment-style facility," Meyer explains.

The dining facility that opened in 2003 occupies space in Argenta Hall, a 30,000-square-foot residence complex completed in 2003 (phase one opened in 2000). The lobby of the building is 1-1/2 stories above ground with the dining facilities beneath, (thus the name Downunder Cafe and Food Court, or DC). A c-store (D-C-Store), kitchen facilities and loading dock are nearby.

"At the D-C-Store, we allow a meal transfer (swipe) for a burger, fries, salad and beverage combo," Meyer reports. "We're doing about $15,000-to-$16,000 a week. Our numbers for transfer transactions are about half our total transactions in the DC Store, which is open until 1 a.m."

More options, greater speed: In the DC, the menu provides multiple options within a marketplace format. Although food costs have not been appreciably reduced, the intent was to increase cash sales from faculty, staff and non-resident students, as well as to entice students without meal plans to want to sign up. The wide array of stations (including a grill, pizza, deli bars, Comfort Carvery, Mongolian BBQ, Bread, Broth and Beyond, paninis) can be opened or closed depending on traffic patterns.

Since The Overlook foodcourt opened about a-year-and-a-half ago in the Jot Travis Student Union, total retail sales, campus-wide, are up 18% to 19%. In that location (previously two smaller facilities within the same building remodeled into a foodcourt) sales are up about 24%. The Overlook features Mandalay Express, Mondo Subs, Coyote Jacks Grill, Sbarro Pizza, Outtakes, Freshens, and We Proudly Brew Starbucks.

Both DC and Overlook were designed to give customers as much circulation space as possible, Meyer points out. "We scrunched the back of the house,"he explains, "then did simple things such as replacing the old dial-up credit card machines with high-speed machines so it takes only a couple of seconds to move people through. We can get them in and get them food with more points of sale, plus the technology part is there to move them out."

"That 24% increase (in Overlook) is due to popularity because there are more options and there's always space to get another person into the servery, so it's not just one thing but a series of considered decisions."

Meyer finds it hard to compare growth year-to-year, since so many changes have been made. Having worked the master plan to arrive where he and the department are now, he expects some re-prioritizing will be in order. For example, one facility in the Student Services building has caught his attention. Operating in cramped quarters and with fairly flat sales this year (a time when everything else on campus is up double digits) he figures it's due for a facelift.

Casino competition: Meyer is also working hard to increase catering sales which stand at about half a million dollars annually (that's less than 10% of the department's revenue). "We're constrained by the dollars allowed per department," he says. "And the competition for off-campus dollars is stiff, casinos are pretty neat places to have events."

"But of the events we do, many are high profile and account for 90% of our image with important campus administrators," he continues.

Born and raised in New Jersey, Meyer, who'll become president of the National Association of College and University Food Services this summer, now lives 13 miles from work. But 13 miles in the other direction the ski area beckons. Each morning this avid skier finds he must make a decision. But especially in this 13th year on the job, when Center of Excellence status has been achieved, he consistently heads for his uplifting job instead of the lifts to those slippery slopes.