When Bob Kelly decided to leave Rochester, NY, to accept Chartwells' offer to be resident district manager for the Winston-Salem/Forsyth County Schools in North Carolina, he expected the weather to be warm. He also realized that his reception, at least in some quarters, might not be. The district was moving from self-op to contract, with only four employees, including Kelly, on Chartwells' payroll; Kelly thought it wouldn't be surprising if many of the 560 full time (non-union) employees harbored uncertainties. 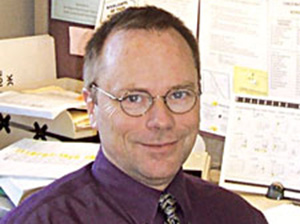 Creating a better team environment and making the district's foodservice program self-supporting have been his primary objectives since his arrival two-and-a-half years ago. "Building team spirit is an ongoing project," Kelly says. "In going from self-op to a contract environment there were a lot of insecurities. You had to prove to them who you are and what your objective is."

He realizes his objective is to serve the students: about 50,000 of them in 70 schools (40 elementary, 18 middle and 12 high). "As a director, you need to be visible," he adds. "You need to know what's going on out there and to see what the staff is dealing with regarding the children, the parents, the equipment, etc. We're all heading in a positive direction. They know they just have to pick up a phone if they need me. I'm reachable. But it takes time and it's constant."

All of the department's employees are employees of the district, covered by its pay scales and benefits. But the policies and procedures, new recipes, how items are presented, personnel issues, etc., are managed by Kelly. He also has the authority to discipline and promote, but, for the most part, he follows district policies.

Boosting reimbursable meals: Kelly determined early on that the reimbursable numbers for breakfast and lunch needed improvement. "We took those items and developed more grab-and-go ideas, extended the beverage selections, created more hot and cold offerings, and put them together to make a reimbursable meal," he explains.

He was also intent on developing more points of service. "At one high school that was built in the 1950s, we were losing a lot of the 2,500 kids because there wasn't enough room in the cafeteria," he says. "So we developed food carts to intercept them on the outside crossover between buildings. With the warm climate here, it's only too cold to run the carts during December and January. We stocked the carts with chips, assorted drinks, ready-made salads, a selection of subs, fresh fruit and milk. A sandwich, milk and a piece of fruit is a reimbursable meal."

In some locations there are theme bars, perhaps a Mexican concept, with an ever-changing menu. In one high school, students can make selections from a grill special bar with a rotating menu including a Make-Your-Own-Burger Day. These programs are supported by Chartwells, the K-12 division of Compass Group, and it is the contractor's Outtakes program that serves as the foundation for the grab-and-go points of service, while its Fresh Grill concepts lie at the heart of the rotating grill station. The carts, along with appropriate marketing and merchandising materials, are purchased from Chartwells, but it is up to Kelly and his staff to determine how the marketing is conducted.

Tangible success: Success has been tangible for Kelly and the rest of the team. Meal participation has increased by about 7% overall, while supplemental (à la carte) sales are up by 2%, and easy access is a big driver of that, Kelly points out.

"But the merchandising of our regular menu has also been newly emphasized. There's been intensive staff training including such aspects as what size pan to use, what the finished product should look like and what utensils should be used with it." In addition, labor costs have decreased by 9% and food costs are down 2.8%.

Leaving little to chance, Kelly's marketing manager goes from building to building to conduct training and periodic marketing audits. He admits it's a long process, but knows this is what the client was looking for: a greater variety of food selections and improved food quality, and integral to both is the polished presentation of the finished product.

Providing choices: Kelly and his team have set standards in place, with an eye toward providing a variety of choices from which managers can select items they know they can market to their demographic at each school.

"We try to give managers as much flexibility as possible" he says. "Especially at the high schools, students are very vocal and many are looking for branded items like Chik-fil-A. We provide a comparable, foil-wrapped item."  Chartwells calls it Klux-Delux.

School of thought: Upon graduation from Rochester Institute of Technology (RIT), Kelly wanted to pursue a career in food on the operations side, but didn't know much about the school sector at the time. After taking a civil service exam, he wound up in a school as foodservice manager and recalls that once in the door he loved it immediately.

Having served as fsd for 12-1/2 years for Rochester (N.Y.) City Schools, then four years as a consultant to schools in the Buffalo area, he knew just what measures were needed when he discovered, shortly after his arrival, that applications for free and reduced-price meals at Winston-Salem were taking an unacceptably long time to be approved.

"Being a contractor, under federal law I can't approve or disapprove a child's application for free or reduced(-price) meals," he says. "A district employee must make that determination. When I learned all these applications were being done by hand, I computerized the process. The first year I was here it was (extremely challenging). Previously, the turnaround period, with the volume and the process, took two to three weeks. Now, we have applications processed in 24 hours. They were being brought in by anybody, but now only a child nutrition employee is the authorized person to oversee the application (process) at the school level."

Here's how the process works under Kelly's direction:

"This is our second year with this streamlined system. We have about 24,000 applications on file and the turnaround time is approximately 24 hours. Now, parents and principals love me" Kelly is proud to proclaim.

"Junk" replacement: From now until immediately prior to the start of the school year in September, the Child Nutrition Reauthorization Act of 2004 will top Kelly's agenda, specifically the clause requiring implementation of a district-wide wellness policy.

"About one year ago, the district and I, knowing the Reauthorization Act was coming, developed a Healthy Alliance Committee," he explains. "Members include the superintendent of schools, other child nutrition staff, several principals, some community members and myself. The superintendent and I chose seven elementary schools and two middle schools to pilot a program looking totally at à la carte sales and what we can do to substitute healthy snacks in order to keep these kids from buying junk foods."

"Then we'd also see how it impacts participation and the bottom line," he continues. "At the high school level, a la carte/cash sales are how we make our profit."

Taking action: At the elementary level, a la carte snack sales are almost even with the previous year. These students are buying string cheese, bottled water, yogurt and nutrient-rich bars, among other items. "But the dramatic drop in sales was at the middle school pilot sites, although there was not a drop in supplemental sales in the district," Kelly admits.

"This year we doubled the number of schools in the pilot," he says. "We are trying to educate them at the elementary level so they'll accept it by middle school."

Elimination of fryers from school kitchens represented another move toward making meal items more healthful. But it didn't cut down on sales of fries, which Kelly admits helps boost the à la carte sales. "At the high school level, french fries have always been served as part of a reimbursable meal or à la carte at the middle and high school.

"But we took them away as part of the reimbursable meal. Now, (students) have to pay for them."