Without much prompting, Patty Guist will tell you that she's convinced you get fewer sales per foodservice employee in a cafeteria than you do in a unit combining convenience with foodservice. She's also convinced that a convenience store/foodservice hybrid is the better model simply because it's more efficient. Now, sales per labor hour in her hybrid venue in Louisville, Ky., are far higher than in her Green Bay, Wis, cafeteria operation, where she has significantly reduced a subsidy and is still working on it. In the year to come, she's also planning to build on the success of her hybrid model and implement it in new and existing locations to better serve her customers and her employers. 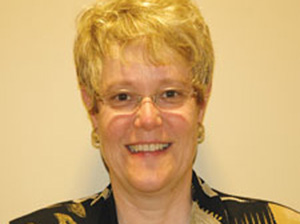 Guist is the director of associate programs and services for Humana, Inc., overseeing numerous departments including foodservice, fitness centers, ergonomics and more; in short, she's in charge of every facet of the operations that serve to make an employee happy, healthy and satisfied on the job. She also heads up warehousing and distribution operations for her company's insurance business. As Guist explains it: "In the warehousing of office forms and supplies, it's the same principle as warehousing food: first in, first out. And all the other things we foodservice directors have done make us all the more valuable to our companies."

From her office at Humana's headquarters in Louisville, Guist oversees operations at the company's Green Bay location in De Pere, which serves a building population of 1,853, and those at the Louisville site (called Waterside) with an associate population of 2,490. Over the years, she has opened—then closed because of consolidation—Humana sites in Jacksonville, Fla., and San Antonio, Texas. This month, she'll open a new operation to serve approx. 500 in Miramar, Fla. Based on the convenience-foodservice hybrid that she's found to be ideal, it will offer deli foods, soup and salad, plus balloons, cards and small gifts.

Making her mark: Guist's first involvement in foodservice was as a tray-line supervisor at St. Vincent Hospital in Green Bay, Wis., from 1981 to 1985. As a divorced mother of two young sons, she needed a part-time job in order to support her family while completing her studies in nutrition and business administration. In 1985, she joined Wisconsin Employers Insurance (owned by American Express), a small company in Green Bay with a fairly unsophisticated, heavily subsidized foodservice operation.

Eventually, following several mergers, the small insurance company was acquired by Humana. Acknowledging all that she had achieved in Green Bay in various areas including warehousing and distribution of insurance forms, the print shop and housekeeping, the company moved her to Louisville in 1997. There she was put in charge of foodservice as well as front-end claims—her first involvement in operations. The foodservice cafeteria she set up in Green Bay is still going strong, but it's the newer, Louisville operation that has proven the dollars-and-cents value of Guist's combined hybrid concept.

In the late 1990s, the location featured a coffee shop but no foodservice other than a small offering of packaged food in coolers—yet there were 3,000 employees in the building. She decided to put in a sandwich kiosk, a taco kiosk, a salad bar and specialty coffee. The unit also boasts a hot sandwich station with an oven and a steamer for hot dogs and burgers, plus a fryer for preparing chicken strips.

Groundwork: Switching to the hybrid was an exercise that allowed her to formulate a plan for future progress. "When we looked at sales per labor hour in the cafeteria at Green Bay vs. the hybrid here in Louisville, the sales per labor hour were almost double: about $54 here at Waterside/Louisville vs. about $29 in Green Bay," Guist points out. "We're hoping to extrapolate some of the efficiencies of the c-store concept into the cafeteria and we'll look at that next year for long overdue renovations at Green Bay."

Green Bay is a subsidized location—now about $230,000 a year—while Louisville generates enough income on its own without a subsidy. Guist "inherited" a substantial subsidy for the fledgling Green Bay operation back in the mid-1980s, but over the years she's managed to reduce it. "Just three years ago, the subsidy was $457,000," she points out. "We've steadily decreased our labor thus saving about $1,000 each week in labor costs, plus we've added more self-service options, a further labor-saver. And our food cost has also decreased: in June of 2001, food cost was $71,000 per month, but by June 2004 it was down to $47,000 per month. Overall, we've cut out almost $200,000 in food cost annually."

When cost-cutting is top of mind, Guist works closely with her long-time contractor, Aramark, to perform a line-by-line evaluation of expenses. But she's determined to avoid having the contractor focus strictly on the numbers without regard for customer satisfaction.

Moving out: Plans to overhaul the Green Bay site are set for 2005, but she figured, why wait until then to make life for employees more convenient? So last June, she and Aramark decided to install a Java City unit in a former grab-and-go operation that had been closed for more than a year. It maintains all the hybrid elements Guist is striving for: heavy emphasis on portability with a menu centering on sandwiches, soups and salads.

"The Green Bay building is long and skinny with the cafeteria at one end of it," she explains. "Now, the newly created area—an accessible alternative—has two cold screen reach-ins and the specialty coffee kiosk with its own barista. There's also a small section in the corner with gifts [baby gifts and picture frames are top sellers], greeting cards, helium balloons and health and beauty aids, as well as an associate service area offering dry cleaning, shoe repair, film processing, UPS service, and more."

Before designing the cashier station, Guist says she took photos of a cashier station in the airport in Louisville and set up the Green Bay Java City in a similar fashion. "Keeping this area open is a lot less expensive than keeping the cafeteria open," she says, "so it has longer hours like a quick-mart does, from 6:30 a.m. to 3:30 p.m. Previously, the c-store had average monthly sales of about $13,632; [this unit earns] about $21,744."

Subsidizing health: Guist's management objectives—like those of many of her non-commercial peers—are not entirely about generating more revenue while reducing costs. She also aims to make a difference in the wellness quotient among Humana associates. By wielding her control over pricing, she hopes to entice them to choose healthier vending selections by making them the better value.

"We've been subsidizing healthier choices in the vending machines for the past three months," she states. "We've seen a 21% shift at the service center now that water and juice are cheaper than soda: juice was $1.25, it's now $1, while soda is $1.10; and a 30% shift in snacks with baked chips, for example, selling for 50¢ vs. 65¢ for regular chips. Eventually, we hope to have more healthful food items offered at a reduced price as well.

"My goal is to do as much as we can to improve the health of our associates. I truly believe foodservice is the place where associates can feel and touch what a company is—and that makes a difference in retention."