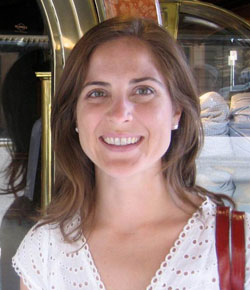 How did the Healthy Hospital Food Initiative come about?

Our first set of standards was released in 2008 and those were for meals that the city purchased or served. That applied to schools, the department of corrections, senior centers, homeless shelters and public hospitals. Then we released our standards for beverage and food vending machines. At that point we started reaching out to the private hospital sector and were interested to know if they would like to voluntarily adopt some of the New York City Food Standards.

What areas are covered by the food standards?

Patient meals focuses on three sections. One for meals hospitals are purchasing. For example, if hospitals are purchasing canned fruit it should be packed in juice or water. The second part ensures hospitals are serving fruits and vegetables, water is available, they aren’t serving fried foods and that they are meeting recommended sodium targets. The third addresses population-specific standards and exceptions.
For beverage vending machines, our standards promote water and limit the availability of sugar-sweetened beverages.

For our food vending machine standards, we have nutrient criteria. For example, all packages must be 200 calories or less.

The fourth is working in the cafeteria/café and it’s really using strategies to make the healthy choice the easy choice. For example, ensuring fresh fruits and vegetables and whole grains are available. There are 20 standards for cafeterias, including healthy options be stocked near the entrance to the cafeteria and at cash registers and sandwiches be available in half-size portions at half the price of a full-size sandwich.

We are working just within those four areas. We only work with the main cafeteria, not a coffee shop or franchise location.

Are these standards voluntary for all?

We’re working with 33 hospitals—15 public and 18 private. This is voluntary for private hospitals. For public hospitals, under the executive order, they are already implementing three of the standards—meal and vending standards. The cafeteria piece is voluntary.

What is the health department’s role?

Our role is technical advisor. We’re happy to provide implementation support. We have registered dietitians on staff to work with hospitals’ foodservice directors or clinical nutrition managers. A lot of hospitals already have a wellness initiative in place. This provides a framework for them to build off.

Are hospitals being recognized for participating?

We have a four-star recognition system based on color. When hospitals sign on they reach clear star status. Once they implement one of the standards—it doesn’t matter which one—they get the bronze star. Silver is for two, and gold is for all four.