It's only been six short months since Sodexo took over the foodservice at Emory University in Atlanta and tapped David Sauers to be its resident general manager. He had served as the contractor's Chicago-based regional marketing director supporting Campus Services, and previously was foodservice manager at Northwestern University. So he seemed the ideal choice to spearhead some major changes for a university that aims to be an international center of learning. It's also an institution that values its foodservice as vital in attracting students and faculty to its campus. 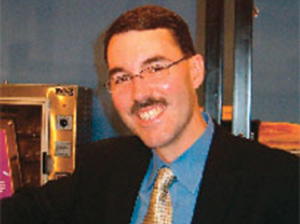 Dining services at Emory include a main facility in Dobbs University Center, otherwise known as Dining at the DUC. Stations range from Grille, Deli and Pizza to Classics and International. DUC also houses Einstein Brothers Bagels and a faculty dining room. Another large operation is the Cox Hall Food Court, where one finds Burger King, Chick-fil-A, Freshens and other branded concepts.

Other operations include Dooley's Den at the Depot and various retail operations in the library, academic buildings and residence halls. Sales volume under previous management was about $13 million annually, with about 1.5 million meals served.

A full plate: Suffice it to say that when Sauers came to campus, he had his hands full: getting Sodexho's staff organized; renovating Dining at the DUC; adding late-night options in response to student demands; increasing DUC and Dooley's revenues; and adding services at a campus museum to Sodexho's portfolio.

Sauers is also focusing on understanding the needs of the diverse customer base his department is serving including those in the School of Public Health, the law school, undergraduate education, etc.—and making sure the changes that have been made to date were the right ones. In fact, at the outset, the sheer size of the campus was fairly daunting. Emory has approx. 11,000 full-time, part-time and graduate students plus an equal number of staff and faculty. With a population of about 22,000 on campus, Sauers and his foodservice staff are now serving about 4,000 residential students and another 4,000 to 5,000 customers.

Then, there's catering, which, by Sauers' estimate, generated about $2 million in sales last semester or about 15% of overall business.

Since Emory has the highest expectations for any and all operations on campus—in fact, most interior spaces are of museum quality, he says—Sauers' challenges at the outset included "finding an absolutely first class management team and crew," as well as physically changing locations—every old location was upgraded—and opening new ones, all within a short time frame prior to opening for the fall semester.

Like clockwork, construction was completed by August 21st—with a 99% score achieved on the health inspection at the DUC, which had undergone a major renovation—and the first meals were served by the Sodexho team the very next day.

"The most significant and involved upgrade was in the DUC," Sauers explains. "We basically redesigned the way food was prepared. Since we really wanted to be able to prepare food to order for 1,500 people, we literally tore down walls between the kitchen and the front-of-the-house. This requires us to work quickly and neatly—now everyone must be a true culinarian. We had a great time raising everyone's level of expertise—although it was not altogether painless."

Most wanted: Each of the campus venues is expected to support itself and Sauers' department is also charged with generating new revenues and expanding service, all in "polished" locations. Overall, students need convenient service where they are. "In terms of good food, they're looking for fun, unexpected things along with some basic healthy choices—it all depends on the time of day," he says. "For example, they want late-night options with pizza and grill foods. In other words, they want it all. But really what I hear the most is they want a new library location with a 24/7 service." To answer that request, Sodexho plans to install its Jazzman's Café concept later this winter.

Since it's to be a joint project, Sauers has been part of an ongoing dialogue with library staff from his first day on campus. The café will be located close to the main library entrance and down one level, with seating for 55 to 65 customers. Presently, there's a Jazzmans kiosk located in the Business School and a co-branded Subconnection/ Jazzmans Café in the Rollins School of Public Health, but the new installation is expected to be busiest during late afternoons, evenings and through the wee hours of the morning.

There's an existing operation in the library that's open 24 hours Sunday through Friday, and 3 p.m. to midnight on Saturdays, so the new Jazzmans' extended hours can be viewed as an additional amenity. "This will be a new location for about eight to 12 of our staff to cover," Sauers says. "We see a real need to provide late-night service and social opportunities—and we stand the chance of being very successful."

Double the revenues: And success is what he sees so far, especially in two critical locations on campus—the DUC, and Dooley's at the Depot. "We've come close to doubling the revenues [compared to prior years]," Sauer points out. "Based on what I know, we're on track to double revenues in the DUC, and I think the branding with Einstein Bagel Brothers is part of that."

Dooley's at The Depot is a 24-hour location that's freestanding and looks like a train station out by the tracks, Sauers explains (in fact, that's its history). "Now it has an updated sound system and plasma TV and there's an outside deck—the whole place has a kind of lived-in feel."

Another operation, Caffe Antico, is a full-service fine dining restaurant that's filled to capacity each day. Located in the Michael C. Carlos Museum of Art, there's seating for 40 as well as take-out business. The question prior to pursuing that business was: Would Sauers and his staff be able to support and improve it? Now, the team is on the museum's preferred caterer list.

"The Carlos Museum has the potential to become a very busy catering location," he says. "We've kept a lot of menu items that were previously well-received—such as cheeseburgers and homemade salad dressings—and added new items such as rosemary-scented eggplant sandwich on a fresh ciabatta roll. Some food is transported from Cox Hall [site of the branded foodcourt] while soups and sandwiches are prepared at the museum in its very small finishing kitchen."

Brand power: Most of Emory's catering comes out of the Cox Hall kitchen, but a solid portion of it also comes from the Einstein Bagel Shop and from Jazzmans, especially coffee and bakery items. Sauers, drawing upon his marketing experience, underscores the additional options available thanks to these retail locations and he takes every opportunity to leverage the power of the brands. He finds that catering offers the chance to showcase services with consistently good high-end functions.

"Our catering director, Kathy Lambui—a NACUFS Loyal E. Horton award winner last year—and three executive chefs on campus including one dedicated to catering, along with two catering managers, handle the substantial business," he explains. "All our campus foodservice staff are cross-trained and we cross over and help out all the time. We're fortunate we don't have to rely on an outside service for help."