How do you take a large and well-functioning university foodservice operation, serving more than 25,000 meals per day, to the next level? Bill Moloney, senior director for dining and auxiliary enterprises at Miami University in Oxford, Ohio, will tell you it's achieved through a process of continuous improvement based on surveying students relentlessly. In fact, at this university, which will mark its 200th anniversary in 2009 and where foodservice celebrated its own 100-year milestone in 2005, the self-op department recently marked its 30th year of surveying all residence hall students, a process that now includes 42 questions that can be answered on-line. 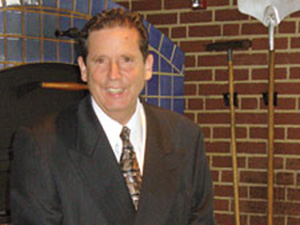 "In 1984, when I first came here, we said we lived and died by that survey," Moloney recalls. "Last year, we had 96% of students who said they were satisfied with foodservice. That's unheard of! In 1994 or '95, when we cracked 90%, we threw a party and felt great about ourselves. But we thought about it: that means if there are 50 people in line, five don't like what you're doing, and that brings you back to reality."

Following leaders: Moloney is nothing if not a realist, albeit one with vision and a willingness to take calculated risks in thinking out of the box. Of course, without administration's support, many of his initiatives wouldn't have gotten off the ground.

"There's tremendous leadership here, that's why I came back to Miami," he asserts. "There's a goal of continuous improvement, with everyone working for the good of the students. People here find a way to make it happen. Their methods (of leadership) are fiscally sound yet dynamic."

While earning his undergraduate degree in accounting, Moloney worked in restaurants, where he was drawn to the management side of the business. When a job he held in an accounting office during the summer of his junior year proved disappointing, he had to rethink his career goals. "I couldn't stand the work, although it came easy," he explains. "For the next two years I focused on cost accounting and took a lot of management courses. For several years after graduation I managed a business that bought and sold former Pizza Hut locations, but it was not going as fast as I'd expected."

Much to learn: "So, in 1984, I applied at Miami as an assistant foodservice manager. My family, my wife Diane, my friends and even I thought I wouldn't last because I'd always been the boss or had worked directly for the owner. But I fell in love with it. It was exciting and there was so much to learn."

Moloney remained at Miami for almost a dozen years, steadily advancing to the position of administrative manager of foodservice operations overseeing seven of the 13 dining halls. In a strategic career move, this father of three accepted a job in 1996 as associate director at Ohio University in Athens. There, during the course of a five-year stint, he became the foodservice director, but when an opening in student dining came up at Miami University, he quickly applied and rejoined the team six years ago.

Today his department reports more than $37.5 million in annual sales and Moloney can point to numerous changes made since his return in an ongoing effort to enhance product delivery and expand choices.

Crown jewel: Top of the list, truly the jewel in the crown, is the opening of the Culinary Support Center. Up and running for the past four years, the state-of-the-art warehousing and production facility is located in a former Krogers supermarket purchased by the university for this project.

"We were operating in a facility built in 1932," Moloney says. "We were buying about $8 million worth of food a year, then storing and shipping it out to campus locations. We had to decide whether or not to get out of the warehousing and trucking business."

Visits to other university and even hospital foodservice operations inspired construction of a new facility. "We knew were saving about a quarter of a million dollars annually by buying our own food and running our own warehouse operation in the old facility," he explains. "We also calculated that if we bought more and produced more, we'd generate more savings and increase the choices for students, especially in prepared and packaged foods and in our bakery. Plus, each of our 10 kitchens were doing their own vegetable processing at the time."

F-F-V hive alive: Today, a vegetable processing operation is a hive of activity tucked inside the Culinary Support Center. One machine can skin a cantaloupe in 4.5 seconds flat. Thus, the labor-intensive job of cleaning and processing fruits and vegetables by hand is now accomplished mechanically, with a higher yield gained in the process.

In addition, inventory control is more efficient with one central plant versus 10 separate locations. With such efficiencies in place, an annual labor savings of almost $350,000 is realized and Moloney has been able to upgrade his specs for buying produce.

A cook-chill operation producing soups, pasta and sauces is also included within the center, replacing production previously carried out at each of the 10 kitchens. Thirty-two soups are currently in inventory, all produced with great consistency under the vigilant eye of a trained chef. Since managers can order as much cook-chill product as needed, waste has been reduced and main units can now offer four soups instead of just two. The initial $250,000 investment to equip this unit was paid off within three years, Moloney reports.

Packing it in: Cold food processing from the Culinary Support Center's garde manger area has grown beyond expectation, even surprising Moloney. "We foresaw the interest, but not how fast fresh, pre-packed items would grow," he admits. "Our Uncle Phil's Express is a line we started after we saw what (the) garde manger (staff) could do. Previously, we had seven locations each making about 100 sandwiches daily. Now we have one location, with controlled temperature, making all of them. Plus, one of our chefs was a sushi expert so we started packaging four different types as well as yogurt parfaits, sandwiches and wraps. So our cold processing just grew and expanded choices to the point where now about 45 items are prepared there for Uncle Phil's."

Overall, more than $12 million worth of food and beverage was purchased during the 2005-'06 school year with the majority of goods tracked by seven warehouse men, then shipped via the center's five trucks to the 10 kitchens, three or four times a day, six days a week.

With warehousing and production areas humming along, two years ago Moloney turned his attention to the retail side and opened Market Street at MacCracken, a grocery store conceived to replace a former c-store operation. Being near the center of campus and close to a cluster of student apartments, business is brisk.

"Sales are up by 50% at Market Street (compared to the former c-store)," Moloney points out. "We even installed two moveable checkout belts like a regular supermarket, and that has really improved customer flow and speed of service."

Delivering the goods: Keeping his eye on the goal, Moloney, who plays intramural ice hockey with students at least once a week as alternate goalie, never loses sight of four precepts that he believes are central to running a successful college or university operation:

With these points in mind, Moloney is currently rolling out pizza and sub sandwich delivery service with late hours, 8 p.m. to midnight, available in three of the four campus quads. However, he has set two unusual provisos. "We won't let you call us by phone, it's strictly on-line ordering, and we don't take cash," he says.

"It was about a $10,000 to $15,000 investment in the readers, but it's a service that student surveys had indicated they desired, and it's breaking even after only two months."