At the official retirement party held recently for Barbara Holly, co-workers gave her a cake bearing her “mug shot” and the inscription: EOS 1-31-05. Usually applied to inmates, that could only mean, “End of Sentence, January 31, 2005.” 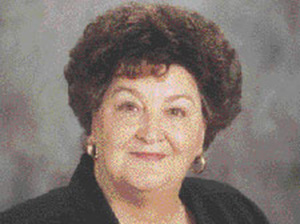 For Holly, it marked the final day of a 24-year-long career in correctional foodservice—the first 16 at Tutwiler Women’s Prison in Wetumpka, AL, and the past eight as foodservice administrator for the Alabama Department of Corrections (DOC), based in Elmore. She also ended a term as president of the American Correctional Food Service Association last summer.

In recent years, despite working under major budgetary constraints and a bid process that
almost always favors the acceptance of the lowest cost product even though it might not be the best tasting, Holly has implemented numerous cost-cutting measures without sacrificing quality—all the while paving the way for a smooth transition for her successor.

Yet, she’s not fading from the scene entirely: she’s already creating an in-service food handling safety course that she’ll soon conduct at prison and jail facilities throughout the state.

Eight-year hitch: Holly took over the state director’s position in 1996, assuming responsibility for the feeding of 26,000 inmates daily. Then, raw food cost per-inmate-day was about $1; today, it’s about $1.12. Considering the steady increase in food costs over the past eight years and increases reported by other state DOCs, Holly is more than satisfied with this figure.

The overall food budget for Alabama state prisons in 2005 is approximately $3.4 million, with an additional $416,000 earmarked for small wares such as cups, foil and kitchen gloves, plus an unspecified amount from the general fund for equipment replacement.

Holly looked closely at the 32 facilities within the department (including two without kitchens that receive satellite meals), and thus began her cost-cutting campaign. And based on her experience as a statistical analyst for the Air Force prior to working in foodservice, she has always been at home working with figures.

“We were baking our own bread which cost us 47 cents a pound, but day-old bread costs us 38 cents a pound,” she notes. “We even have one facility that makes over 400 sandwiches for bag lunches. So we got out of the bread business. If we had a central bakery with proper transportation, it could be a good practice—but we couldn’t afford it.”

Almost all food is prepared from scratch in the facilities’ 30 kitchens. To convince her to purchase a prepared product is not an easy sell. “It has to save me money or time in my kitchen—time that can be used for preventative maintenance or cleanup,” she contends. For example, she recently introduced a protein entree meal made from textured vegetable protein (TVP) that costs 12.9 cents per meal, to replace chicken and rice or chicken and noodles that costs 15.5 cents per meal made from scratch.

“I had the manufacturer prepare it for my 30 chief stewards at our quarterly meeting and they loved it—and the inmates like it as well,” she states. “To feed my whole population, it takes 49 cases and that’s about the size of three shoe boxes together the long way. That frees up a lot of storage and freezer space plus it removes the threat of salmonella. It saves the room needed to store 35,100 pounds of chicken for a month. We still serve fried and barbecue chicken, each twice a month, but for casseroles now we use the protein entree instead of chicken.”

The Alabama DOC continues its meat processing program, in place when Holly arrived. Cattle are raised at department facilities throughout the state, then sold at a profit. “We purchase Grade B beef, then add TVP to it to make it more moist,” she points out. “None of my beef products costs more than 17¢ per serving. We use inmate labor and three supervisors, and there’s a USDA inspector on-site at all times.”

Low-bid bane: A “dairy,” previously devoted to reconstituting powdered milk, is no longer up and running at Elmore since needed equipment replacement would have cost $18,000. When Holly arrived, the department wasn’t serving milk at all, but she insisted that it must be menued.

“I went to a manufacturer in Tennessee to formulate a product that also included four ounces of orange juice—like an Orange Julius but without the egg,” she explains. “It was a great-tasting product and fine for those who are lactose-intolerant. We’d send out our bid and other manufacturers would claim they had the product but the taste and consistency weren’t right. Each time it cost us $600 to send out these other products to a lab—a waste of time and money. Unfortunately, the product from the company in Tennessee was not the low bid item so I just went to skim milk at 15.4 cents for a half-pint.”

Additional cost-cutting measures Holly implemented prior to her departure include:

Swapping the deck: In order to streamline production—albeit without the budget to effect major renovations—Holly replaced aging deck ovens with convection units. The deck ovens were in use for decades, took up too much room, used too much gas and got too hot. “The old ovens have three decks and only hold two bread pans each,” she says. Two double-stack convention units occupy the footprint of one deck oven, and each holds 24 pans—12 pans per deck.

She’s also been championing the purchase of boilerless steamers that work on a vacuum seal and, since they don’t need to go under a hood, they can be put on a table. “It cooks your food and will hold it for service so you don’t need a hot box,” she adds. “It gives a small facility of 400 inmates or less a new option, and it means fewer pots and pans on the stove.”

In retrospect, Holly is most proud of her ongoing relationships with foodservice personnel in the state facilities and knows they realize she was there to help them grow. She’s especially pleased to have gotten all 112 of the stewards certified in sanitation.

“I had the health department come in and conduct two all-day sessions,” she says. “The Alabama code is changing as it follows the national guidelines, and soon everyone who works in foodservice will be certified. The code has yet to be adopted, but we feel sure it will be—and we’ll be ready.”

Just now, the only kitchen Holly’s overseeing is the one in her own home, but she knows she’ll be back “behind the wall” where she’s  “proud of the money saved—but most proud to be of service.”