After seven years as Aramark’s president and CEO, Eric Foss will retire from his post, the foodservice vendor has announced.

“We thank Eric for his leadership and strategic contributions that position Aramark for future success,” said Stephen Sadove, an independent director who is now serving as a nonexecutive chairman of the board, in a statement. “In addition to solid financial performance, Eric built a strong management team and advanced the company’s efforts in diversity and inclusion, health and wellness and frontline education.” 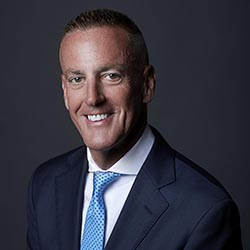 Foss also served as chairman of the company, which operates in 19 countries. Aramark’s board has created an Office of the Chairman to supervise daily operations until the next chief is appointed.

Foss will stay on as an adviser through Oct. 2, and a search for his replacement is underway.