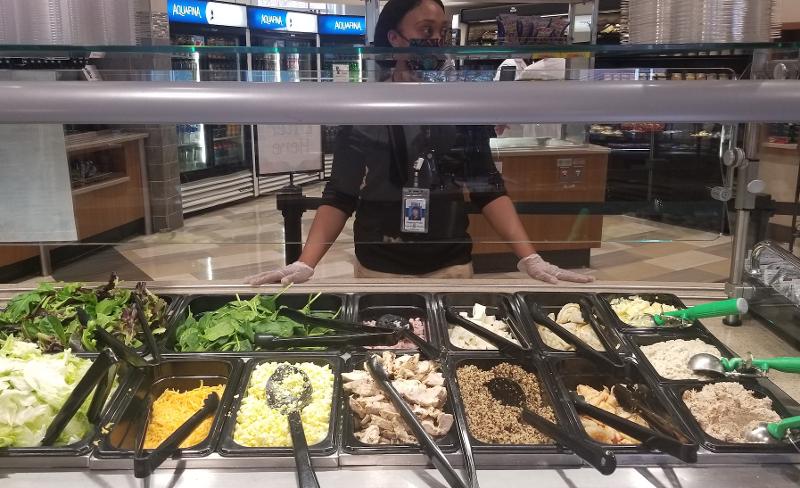 The salad bar in the main cafeteria at Reading Hospital in West Reading, Pa., was serving 600 to 800 people a day before the COVID-19 pandemic hit. And despite social distancing and eliminating self-serve, it continues to dish up 450 salads daily.

Like foodservice operations everywhere, Tower Health, under whose banner Reading Hospital falls, was forced to shutter its salad bar last spring. Since then, operators have had to be ultra-vigilant about safety and sanitation, and most salad bars have remained in disuse. But not all.

Operating this way is much slower, he says, because customers can be indecisive and are reliant on staff. However, at peak times, he moves extra staff to the salad bar to speed up service. He’s also reduced the number of options from around 50 to 30. The salad bar features the favorites, but also rotating items so guests can have a different combination every day.

Still, Brennan expects this style of salad bar to stick around. “I can’t ever see the self-serve model coming back,” he says.

Whether salad bars will return remains to be seen, but Orlynn Rosaasen, director of dining services at the University of North Dakota in Grand Forks and this year’s NACUFS president, is optimistic. “It will depend on the institution, what part of the country they’re in and the Department of Health,” he says.

At his school, he’s hoping to reintroduce self-service salad bars by fall, with Plexiglas barriers above the sneezeguards and frequently changed servingware.

Stu Orefice, a senior consultant with Envision Strategies based in Denver, Colo., believes salad bars will come back, but gradually. “It’s going to take another year or two until we get back to the former service styles and ways, but don’t throw out the salad bar yet,” he says. The challenge with served salad bars is labor, he says, noting that “colleges and universities don’t have the labor to serve everything so you’ll have to have some kind of self-service piece come back.”

In the meantime, unused salad bars don’t have to be unsightly pieces of equipment if operators don’t have anywhere to store them in the back of house. “They can be display areas [or] pickup areas,” Orefice says.

And that’s just what ProHealth Care in Waukesha County, Wis., is doing at Waukesha Memorial and Oconomowoc Memorial hospitals. Its salad bars were closed last spring and instead used to offer convenience items like eggs, milk and deli meats to hospital employees. Soon, family to-go meals were added, but both tapered off “as people started getting more comfortable going to stores,” says Andrew Bergman, manager of foodservice.

“I can’t ever see the self-serve model coming back.” —Dennis Brennan

Now, following the launch of a new retail foodservice menu, Bergman displays new food and beverage items in the salad bar and rotates them weekly. “This has been our most successful thing yet,” he says. “People stop by just to see what’s new, and we’ve not had to market our new items because everyone sees them. The salad bar is right in the middle of our server so it’s pretty hard to miss.”

Bergman also plans to use the salad bars to feature hand-crafted signs to build “some buzz and hype” around the next week’s entrees. “You see the sales increase about 25% if you announce it in advance,” he says.

Bergman’s also expecting salad bars make a comeback. “I’m hoping 2022 will be the year of the re-emerging salad bar,” he says. “It was one of our biggest sellers.” And it just doesn’t lend itself to being a served option, he says. “People ask staff for bigger portions, then get self-conscious about it.” Also, if service is slow, the lines can cause social-distancing issues.

Andrew Watling, associate director of dining services at Washington University in St. Louis, thinks “salad bars and other self-serve communal areas will be the very last things to return, if ever, to our campuses.”

He’s closed down his salad bar and added three of Chowbotics’ Sally salad robots just outside the largest campus convenience store. The robots free up a lot of space, Watling says, and are selling about the same number of daily salads as the salad bar pre-COVID. “Even with less students on campus, actual revenue from the machines is slightly higher per day than from the salad bar,” he says. 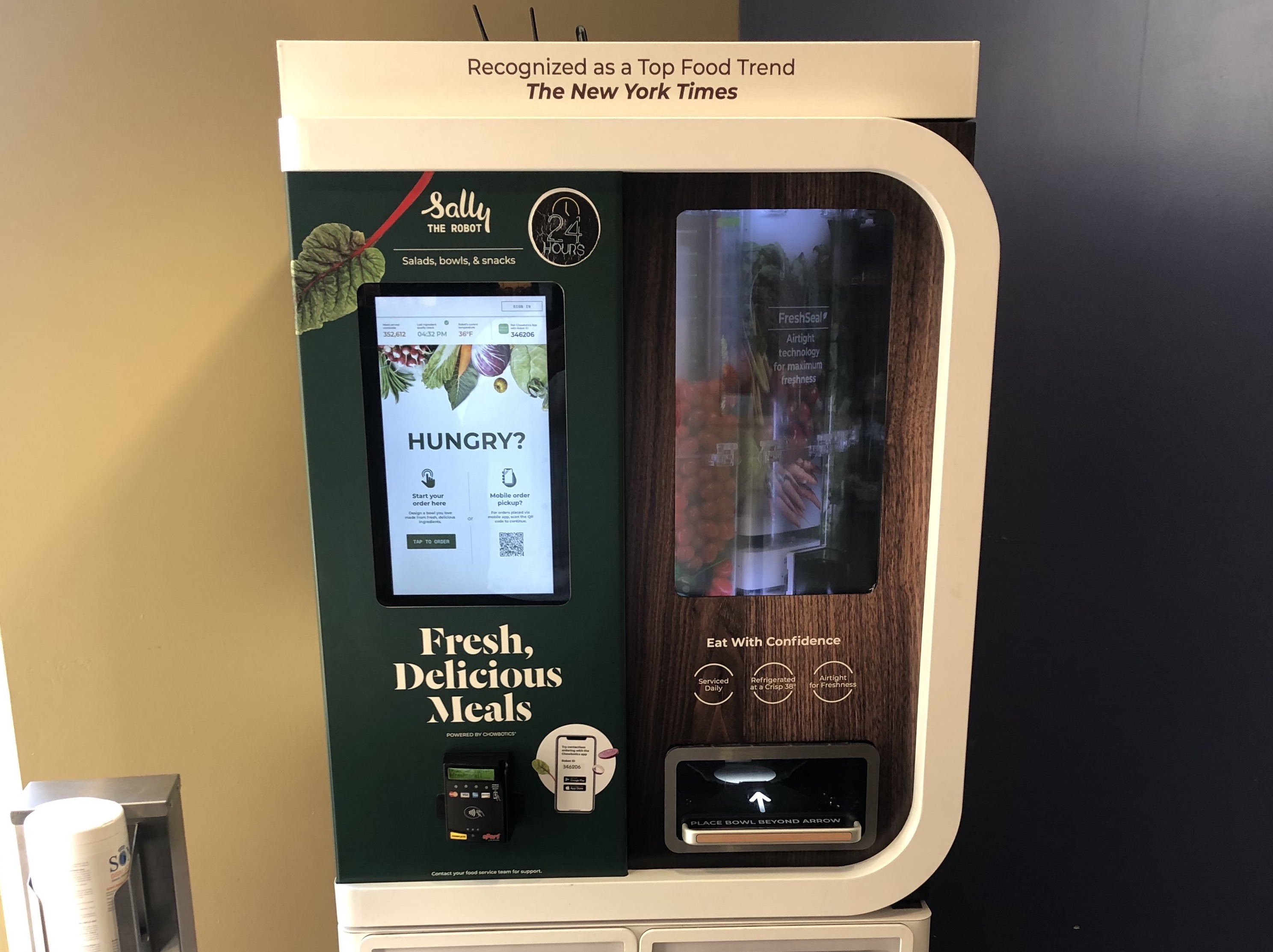 The machines can also offer specials, and Chowbotics is developing a Ramadan offering specifically for this campus. “We haven’t done a lot of specials with them though,” Watling adds. “What we’ve found is the basics, your classic salad bar items, tend to work best.”

Natchitoches Regional Medical Center in Louisiana closed down its popular salad bar last year and in January launched the Salad Toss Up, an employee-served concept, which has increased salad sales by around 20%.

The concept offers some standard options such as chef, cobb and Caesar, or customers can build their own. Large salads cost $5.99, while smalls go for $3.99, and diners can choose to have their salads tossed or leave the dressing on the side.

Customers, most of whom are hospital employees, really like the new option. With the self-serve salad bar, “they’d sometimes overserve themselves and get a little sticker shock at the register,” says Foodservice Director Scott Simpson. Another advantage of the new concept, he says, is that staff can keep it fresh and tidy, noting that “customers don’t clean up after themselves.”

Crafting a branded concept was important for the team, Simpson says. “When you can create an internal brand and use that branding, it creates a little bit of buzz and customers feel they’re getting something a little bit more than just a salad bar.”