In the struggle to identify why restaurant traffic is slipping, some Yoda types have cited growing competition from a gray area between restaurants and supermarkets—the place where alternatives like meal kits and delivery of prepared grocery items have made a home. 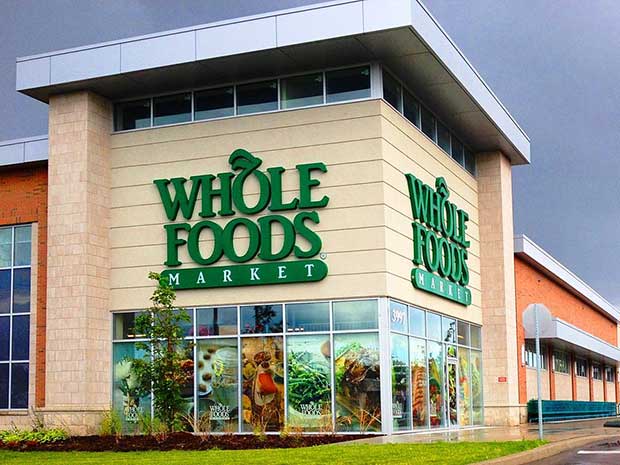 Yet their theory is undercut by that market’s still small size, a flyspeck no matter how many boxes of food might be stacked outside young families’ doors. The direct-to-consumer food market may be growing exponentially, but meal kits accounted for only $1.5 billion in sales last year, according to Packaged Facts.

Then came yesterday’s news that Amazon was connecting its highly efficient delivery pipeline into American homes with the nation’s dream refrigerator and kitchen pantry, the inventory of Whole Foods. Suddenly, ordering a delivered meal kit or a ready-to-eat supermarket meal could be as easy as telling your Amazon Alexa to do so.

Even ordering the raw fixings for a made-at-home dinner could become irresistibly tempting for a prospective dine-out customer who's mentally calculating the burdens of driving to a restaurant, waiting for a table, signaling the server every time something's needed, and then paying a whopping difference in price for what's supposed to be an easier time.

For those reasons, the pending merger of Amazon and Whole Foods could be bigger for foodservice operations than the $13.7 billion price would suggest.

Suddenly, the inconveniences of shopping for food—and much of the prepping—could be stripped out of deliberations over whether to cook or have someone at a restaurant put in the stove time. If the quality was equal and convenience was a nonissue, the scales could be tipped one way or another by price, and an Amazon-Whole Foods combination would likely have a significant advantage.

Restaurants might still have an edge in service, ambiance and entertainment value, but the utilitarian diner might not be swayed.

Meanwhile, the highly fragmented meal delivery market would suddenly have a dominant force, able to provide its own big-brand products at a presumably lower cost.

Keep in mind that 57% of U.S. consumers ate a supermarket-prepared meal at home in early 2016, according to a study in collaboration between Acosta, a packaged-goods marketing firm, and Technomic, FoodService Director’s research sister. The researchers pegged the sale of supermarket meals consumed at home at $26.5 billion.

Separately, almost a third (28%) had supermarket products delivered to their homes.

Combine those two numbers, and there’s reason for foodservice operatos to worry.

The potential was worrisome enough for Blue Apron, one of the current leaders in the emerging meal kit market, to reconsider its initial public offering. All of a sudden, Amazon could prepare and deliver meal kits from 440 Whole Foods markets.

Even without an almost certain step up in delivery of ready-to-eat or partially prepped meals to consumers’ homes, the deal instantly puts Amazon in the brick-and-mortar battle for share of stomach. Whole Foods reportedly operates about 280 restaurants within its stores, including a just-opened fast casual in Atlanta called The Roast. The others range from sushi bars to sandwich stands to full-service eateries featuring a bar.

Amazon has only dabbled in restaurants. A restaurant-retail hybrid called Amazon Go opened in the company’s headquarters as a pilot store. The prototype features chef-made sandwiches and salads. It would now have 440 prospective locations waiting to be developed.

Amazon has been more focused on home food delivery, which it is pursuing through such models as Amazon Prime, basically a premier membership venture, and AmazonFresh, where patrons pay by the container.

That market will grow to $100 billion by 2025, according to the Food Marketing Institute and Nielsen Co. Right now, this very year, the restaurant business is generating sales at an annual run rate of about $736 billion.

Which would you go after if you'd just invested $13.7 billion?