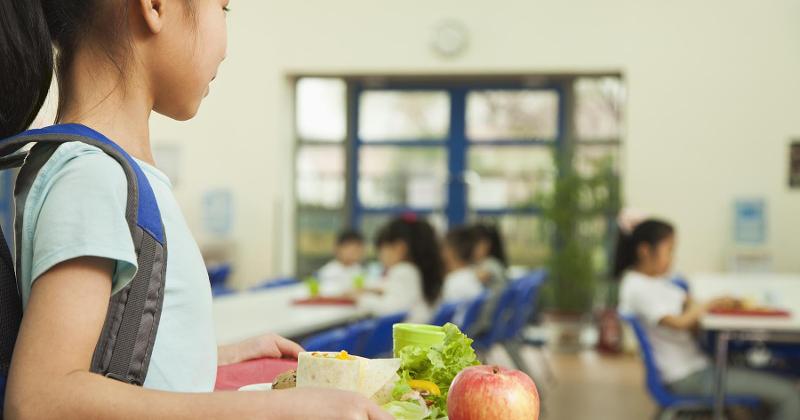 A dozen well-known restaurant chefs have set out to prove that a meal produced under the cost constraints of the National School Lunch Program can be good enough to merit a place on their celebrated menus—which is exactly where they’ve put the proof.

Each has developed an item with a food cost of $1.25 and added it to their bill of fare for a monthlong run. A portion of sales generated by the limited-time offer will be donated to the Chef Ann Foundation, a nonprofit organization formed by veteran school foodservice director Ann Cooper to help upgrade the quality of what’s served in school lunchrooms.

But the true win of the Real School Food Challenge could be its impact on public perceptions, Cooper says.

“It is absolutely part of the mission to educate the public—getting regular people to understand that school food can be really good, and that it’s really hard to do it,” she tells FoodService Director. “You have to work really hard to do it.” But, she points out, the dishes developed by the 12 participating chefs prove it can be done if an establishment has the right personnel, equipment and messaging to change kids’ eating habits.

In addition to showcasing school-feasible items to the public, the Challenge will also get a platform for its cause at a chefs’ gathering in New York City at the end of October. Five dishes chosen for their scalability, creativity and presentation will be featured at the Brooklyn event, where a jury studded with school foodservice professionals will choose a top dish.

This year marks the first national version of the Challenge; in prior years, it was a local endeavor, centered on New Orleans and Boulder, Colo., where Cooper is director of food services for Boulder Valley School District.

“I’m so excited to help figure out how to give all kids in the U.S. the nutritious lunches they deserve,” Shaya, a James Beard Foundation Award winner, said in a statement. “In addition to calling awareness to how we can improve school lunches, it’s also an exhilarating challenge for chefs to create delicious and nutritious meals on a low budget.”

Expanding the Challenge nationally is another step in the Chef Ann Foundation’s push for scratch-made school lunches that still qualify for federal subsidies. The foundation put a $1.25 cap on food costs for its competition because that’s the average expenditure for a lunch under the national program, which provides free or reduced-price lunches to children in need.

Not the least of the related challenges is getting children to eat better food, according to Cooper.

“If you have kids who have been eating high-fat, high-starch and high-salt foods all of their lives, that’s not an easy jump,” she says. And if the kids won’t eat, participation rates fall, a school can lose its subsidies and free or reduced-price lunches can no longer be offered. “Without the reimbursement, we don’t have the money to run the program.”

Cooper says she’s optimistic that school foodservice will continue to embrace scratch cooking and better meals, particularly as 20- and 30-somethings become parents. Diners of those generations have been raised to expect higher-quality fare that’s sustainable, and it’s only logical that they’ll push for the same for their children.

The Challenge runs through Oct. 31.