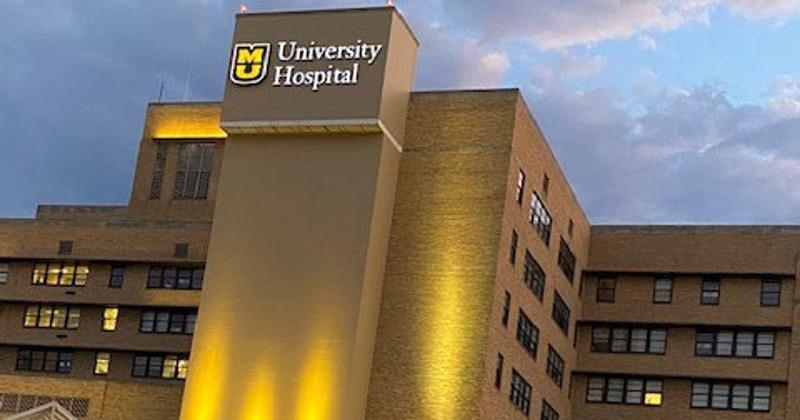 This is the first installment in FSD's latest Anatomy of a Renovation series, which follows how MU Health Care redesigned one of its eateries in light of the pandemic.

At the start of 2020, University of Missouri Health Care in Columbia, Mo., was gearing up for a major renovation of The Grill, an outdated dining space located in the basement of one of the hospital’s towers.

The new eatery was going to be moved upstairs and given a larger dining room complete with several new stations and a double-sided self-serve salad bar. But once the pandemic hit in March, those plans were put aside.

“We were now trying to figure out what does this [project] look like moving forward,” says Executive Chef Rocky Dunnam. “What does it look like in a new normal? What does it look like with different parameters and expectations? A lot of those things ended up having us to scrap the original plans entirely. It’s almost as if we had to go back to the drawing board from scratch.”

Knowing the pandemic would have a lasting impact on hospital dining, the team was faced with the new challenge of figuring out how the new and improved space, which would have to remain in its current location, would look under the new normal.

The first phase of the revised project was to update The Grill’s dining room, giving employees a place other than their offices to sit and eat.

Meanwhile, as the team rethought the renovation, MU Health shut down to all outside guests. Since they would be feeding only essential workers for the time being, Dunnam and his team began to focus on executing a new grab-and-go format. 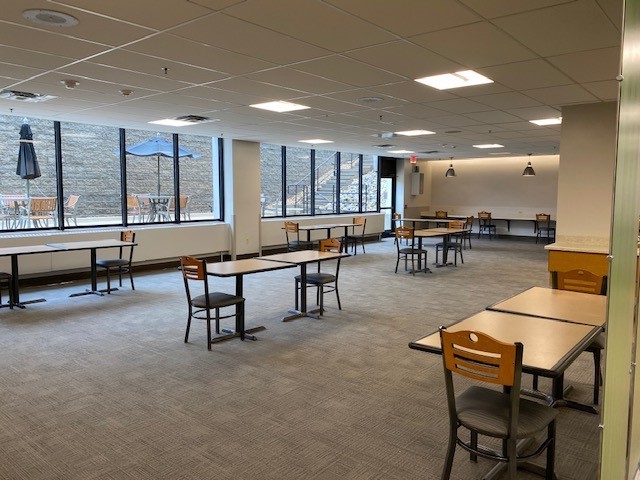 “We knew that [the dining room] was going to be something that we could do quickly,” says Dunnam. “And … we'd be able to, at least in the dining room portion, be able to open that back up as essentially a makeshift break room, so that a lot of the staff members now that are grabbing these grab-and-go components can at least have somewhere to enjoy lunch.”

The team also added some new artwork and tore down a half wall that ran through the middle of the space to increase seating to about 180 diners without social distancing in place.

“With grab-and-go only operating, we're at about half capacity now as far as the number of chairs we have in there,” says Dunnam. “But we really do a pretty good job of keeping it limited to only a few [diners] at a time.”

Going big on grab and go

With the The Grill out of operation for the time being, the team decided to put the grab-and-go component right in that space. Workers temporarily walled off The Grill’s serving area, and the IT department and internal electricians installed kiosks and freestanding cases.

“So now when you walk into The Grill … you have grab-and-go cases, you have drink cases similar to like a convenience store, if you will, then you've got your fountain drinks, and then it walks right back out to several kiosks that can be self-operated, kind of an on an honor system,” Dunnam says. “And then we also have another kiosk that can be manned.” 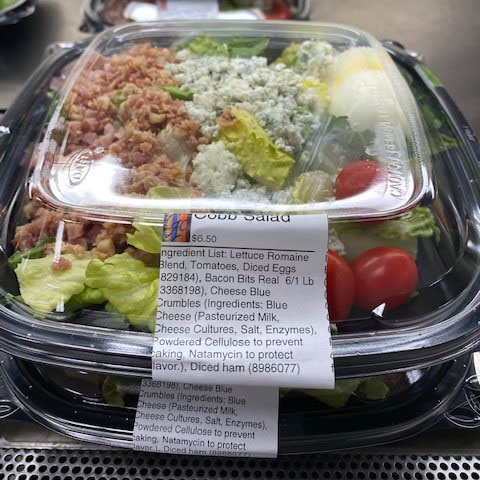 After checking out by themselves or with a staff member, diners enter the refurbished dining area, where they can enjoy their meal.

The grab-and-go menu was also revamped, and Dunnam worked alongside Retail Manager Megan Higgins to streamline the menu.

“We went through about six weeks of pretty intense recipe testing,” says Dunnam “We did a lot of cost-control analysis.”

Popular items such as the chicken walnut salad and Buffalo chicken wrap stayed on the menu, others were cut, and new offerings such as a hummus plate and hard-boiled eggs were added.

Diners can also select meals from MU Dining’s Under 500 lineup, which includes half a sandwich and a side for less than 500 calories. 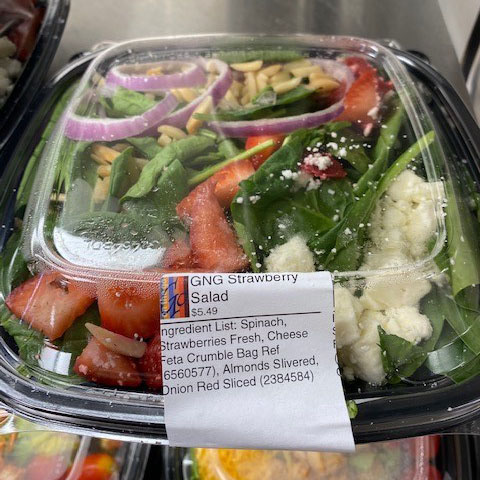 “[Under 500] kind of plays to more of our lighter side, those are in a hurry can kind of grab something pretty quick, “says Dunnam. “It works out really well."

Next up: How the team revamped The Grill’s serving area.

Despite the pandemic, MU Health Care forges ahead with dining upgrades