As a political refugee, Pavel Matustik understands alienation. Perhaps that’s why he’s worked so hard to make his employees feel like family. 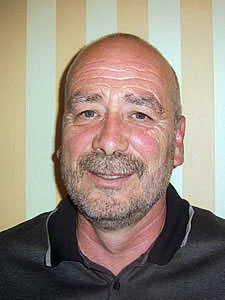 •SCVSFSA is a joint venture of five school districts in southern California comprising 32,000 students in 37 elementary schools, two middle schools and one high school. The agency serves 15,000 meals a day to those schools, in addition to meals provided to eight private schools and 14 after-school sites.

•During Matustik’s tenure the agency’s budget has grown to $7.5 million from $1.3 million, a growth attributed to increased revenue and improved cost efficiencies.

•Matustik’s strength is in his people skills.  Among his programs have been a “cafeteria of the month,” annual employee recognition banquet,  and a profit-sharing program.

•Most recently, the agency has introduced a fresh pizza concept; installed salad bars in all schools; and introduced a district-wide “Kids Cooking Campaign.”

Nearly 40 years ago, young Pavel Matustik learned the meaning of repression, as he watched Soviet troops march into his native Czechoslovakia to put down that country’s flirtation with democracy. He vowed to flee to the West, a pledge he finally realized 14 years later. When he arrived in southern California, it took less than a week for the one-time restaurant manager to land a new foodservice gig—“and I haven’t stopped working since.”

“I was director in the Santa Monica-Malibu School District when they tried to recruit me for the Santa Clarita job. At the time Santa Clarita was made up of only three school districts. The agency was losing money and it was in the newspaper all the time. It was an awful, awful situation. Everybody was telling me, don’t do it. Well, even in my older age I still like a challenge At that time I really loved a challenge and being a foreigner I guess I didn’t know any better. And it also paid much more than I was making in Santa Monica. I had a young family; my second child had just been born.

I started here in June [1993] and we got through the summer. September wasn’t bad because many parents prepaid for lunches so we had some cash flow. Suddenly we were in November and I looked at the bank account and the treasury, and saw that we didn’t have enough money to pay the vendors and we might not have enough money to pay the employees. That was probably the most stressful moment in my career. I got the superintendents together and said I need to borrow $20,000. I will return it at the end of the school year but I need the cash flow. So they gave me the money.

One reason I think I am successful in this profession is because I realize it’s a people profession. Everything else you can learn—how to cut your onions, debone the chicken. We had to convince people that we all had the same goals. So I started creating a team. I was taking managers to family barbecues. Once a year we would go to the horse races because they do a big family picnic there. Then we switched to a baseball game, and now anyone with the agency who wants to go can go. We did an annual recognition banquet. It really helped to create a feeling of belonging. And that was important, because we are not paying them any huge amount of money. If they don’t feel a certain pride and passion for what they do they are not going to stay.

In January 1994 we had the [Northridge] earthquake. We had heavy damage; the central kitchen was closed. What the earthquake did for us was to bring us closer together. We were creating a team but this situation speeded things up because we had to work together in fairly hard conditions. This is where we really, really established a team. The hardship we experienced and that spirit of help that was all through southern California transferred to the culture of the organization. We recorded a surplus of $10,000+ the year after the earthquake. There was a big celebration. Ever since we have built a nice cash reserve, so we have no problem with cash flow and we can do what we feel needs to be done for the kids and for the organization.

I am a positive person. I never look back with the attitude of, Oh I should have done this differently. And I cannot keep a grudge against anyone for very long. I’m naïve—perhaps naïve is not the right word—but I rarely see the negative. And I’m a survivor.

I consider this organization my child. When I came it was an infant on life support. I took this sickly child and, like any good parent, I got it through puberty, through college and now it’s a young adult with very productive life.  That’s what I am most proud of. But I wouldn’t have been able to accomplish it without the people who work with me. This may be the only talent I have but I recognize people who are willing to work and who are a good fit with the organization.

I believe that people have to laugh at least once a day, so I make sure that when I am in I do something goofy or tell a joke, anything to make them them laugh.

I have had several wonderful mentors, and I am very lucky that they are all coming to the Silver Plate dinner. My first mentor was Rick DeBerg, in the L.A. Unified School District. Rick gave me my first school foodservice job. Then, when I became assistant director, my director was Jane Stallings. I worked very closely with her. I learned so much from her that without her I don’t think I would be here. And then I made friends with Stacy Sagowitz. I learned a lot from her. I always admired not only her analytical thinking but also her determination.

But my biggest mentor is still my wife Beth. She really helped me to concentrate on things that are important and to set aside the things that aren’t. She taught me about companionship and people relations. And then, of course, she’s an English teacher. So all my good English skills come from her.

In the 14 years I’ve been here I’ve changed a lot. In the first five years I was doing almost everything, and I let my staff learn by doing it with me. Now I’ve empowered them to come with their own ideas. I am still a little paranoid and I want to know about everything. But I only help when they ask for it or when they’ve made a mistake. They know that to make a mistake is not a bad thing; it’s not something I’m going to be upset about.

The advertising we do on our panel trucks is an idea that came from my warehouse and transportation supervisor. We had a managers’ meeting, and I was talking about using billboards. And this guy is sitting there, and he said, ‘Why would you do that? We have trucks. Put the ads on the trucks.’ And that’s one example of how my people are empowered. They can make their own decisions; just make sure they keep me in the loop.

I have a few little projects that will keep me busy another two or three years I think, because I need to stay busy. Eventually, I would love to teach. I think I am a pretty good teacher, and would like to teach foodservice management. I think this is a wonderful profession. I certainly have found happiness in it, and I’d love to share that with young people.”