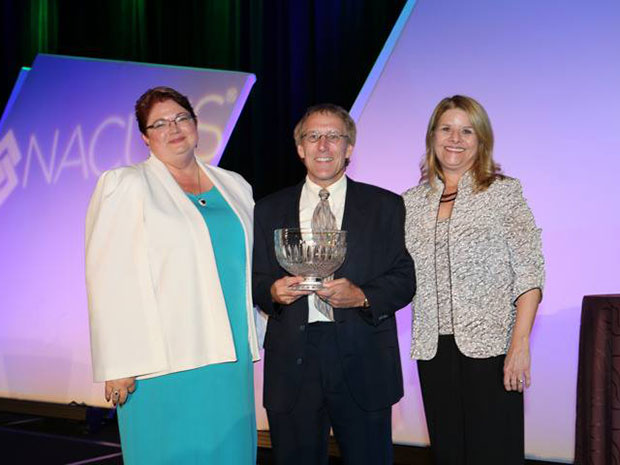 Neumann’s foodservice career began as an undergraduate at University of Wisconsin at Stevens Point. After his first day as a student cook, he says, his production manager wanted to fire him because he was striving for perfection, not—as she put it—“now and fast.” But he kept with it, eventually moving up to student manager. “If I had quit, I would not be here today,” he says.

During his time at OU, where he started as a professor in 1989, Neumann first developed student leadership training programs that 2,500 people have since gone through (six of whom are now in leadership positions at the university). He was promoted to director in 2005, after two unsuccessful attempts led him to gain more experience on budget and finance that helped convince the university’s vice president of finance that he could handle the role.

Neumann, a past NACUFS Midwest Region president, was presented with the Minah Award at NACUFS’ National Conference, held this year in Nashville. He previously won the NACUFS Presidents Award in 2002, as well as the Richard Lichtenfelt Award for outstanding service to NACUFS in 2007 and its Midwest Region Distinguished Service Award in 2009.