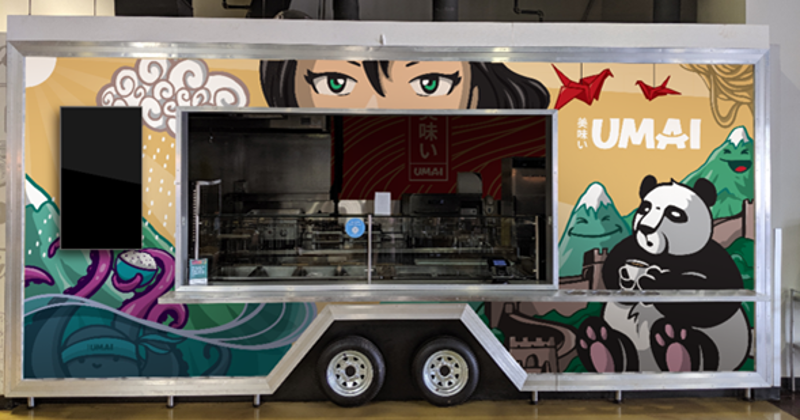 A new build-your-own-bowl concept at Liberty University is bringing a sales boost to a location that had been seeing lackluster business.

Earlier sales in that space were “sluggish,” says Ryan Wheeler, a marketing specialist for Sodexo at the Lynchburg, Va., university. The Tex-Mex concept that had been there previously saw about 500 customers daily, while the new Asian-inspired Umai gets as many as 900.

Students who visit Umai get their choice of base, protein, sauce and other toppings, and each bowl is served with an egg roll. Diners so far appreciate the variety of vegetables offered and the fact that tofu is a protein option, Wheeler says.

Umai was tested on campus in March and received high satisfaction scores from students, according to a press release. It uses kiosk ordering, which the release says has reduced line wait times by an average of 40%.

Though it was designed to look like a food truck, Umai is a stationary concept located indoors. The artwork featured was created by graphic designer Caleb Hall, whom FoodService Director named a Rising Star in foodservice earlier this year.