Last week, the dining services department at Wright State University in Dayton, Ohio, apparently incurred the wrath of some customers by offering a menu in celebration of Black History Month that included fried chicken, collard greens and cornbread. 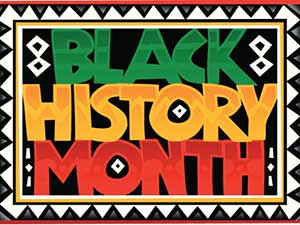 The menu was considered racist by some and the university’s president quickly issued an apology for the “insensitivity” of the school’s dining program. “We will take steps to prevent this kind of behavior occurring in the future,” Wright State President David Hopkins said in a statement.

This is not the first time this kind of controversy has arisen on a college campus. In fact, Wright State is probably not the only university where this occurred this year. Nor are college campuses the only type of institution where such culinary “embarrassments” happen.

Last year, a San Francisco-area Catholic high school found itself in hot water for the same reason. A few years back, NBC’s corporate headquarters was roundly criticized for its Black History Month luncheon celebration—even though the menu had been planned by an African-American chef.
To complicate the issue, in some instances a double standard appears to be in place. For example, although Wright State took the heat for its Black History Month, Marshall University in West Virginia was applauded for its celebration, even though the menus reportedly were very similar. The only apparent difference was, the Marshall event was staged, and the menu planned, by the Center for African-American Studies.

Operators and customers likely could debate forever the degree to which a menu composed of Southern comfort foods actually is offensive to the African-American community. So, what’s the solution?

Well, the simple answer would be this: Stop scheduling food-related events associated with Black History Month. Maybe operators are just trying too hard to make food part of the celebration.

A simple solution, but probably not practical. After all, our society has figured out a way to make virtually every holiday and special event revolve around food. That’s often a good thing; food brings people together, and in a clash of cultures it can serve as a unifying force. Throwing in the towel on Black History Month could be considered, well, un-American.

So, non-commercial operators need to think outside the box. Instead of defaulting to tried-and-failed menus, get creative. Find out the favorite foods of some iconic figures in African-American history figures and build your menus around those items. Learn about the countries linked to the heritage of the African-American culture, and feature their cuisines. Educate your customers and you may win over the critics.

And isn’t that the purpose of Black History Month?

If you have found an innovative way to present Black History Month in your foodservice operation, share it with me at pking@cspnet.com. I’ll compile the answers to share in a future blog.