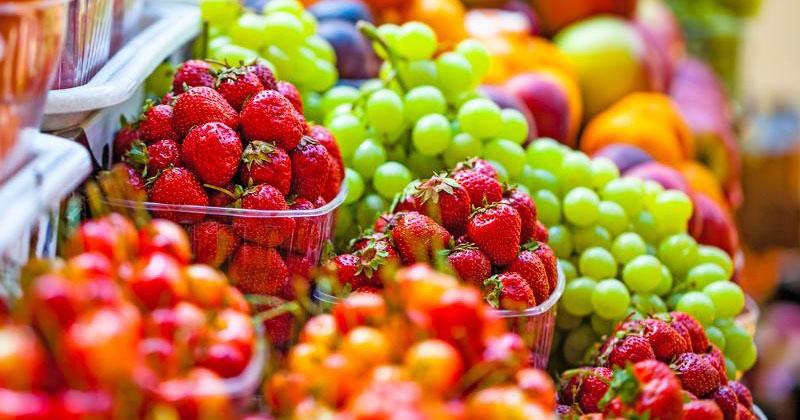 “It's basically designed to serve our communities in our food deserts in Burlington and Camden Counties, with not only fresh but also affordable grocery items,” says Susannah Campbell, Virtua’s patient services manager for food and nutrition services.

A year in the making, the mobile grocery began making its rounds in the community last fall, providing an option for those struggling with food access during the pandemic.

Eat Well Mobile Grocery was created via a partnership between Virtua and its foodservice provider, Morrison Healthcare, and was funded completely by local philanthropy.

Virtua raised $4 million for the project, and NJ Transit donated a 40-foot bus that was later transformed. “They stripped it down basically just to the metal frame of the bus and they built up a one-aisle mobile market,” says Campbell. “There's fresh produce, there's a refrigerated section and freezer sections.”

The seasonal produce offered is also donated by local vendors.

The mobile grocery follows the same route and schedule every week, so customers always know when to expect it in their neighborhood. Originally, the Virtua team planned to have customers board the bus and pick out their own items like in a traditional grocery store. Due to the pandemic, however, they’ve added two other options: Customers can preorder groceries online for curbside pickup or select concierge shopping.

“[People] sometimes don't have access to internet,” says Campbell. “So, they can arrive on site, and go through their list, and then we have a concierge who actually goes into the market to prepare the person's order.”

The mobile grocery has received positive response from the community since its debut, and Virtua aims to build upon its success if it’s able to source enough funding, Campbell says. “As word continues to get out and as we continue to get this response, it's definitely something that we're hoping to expand.”