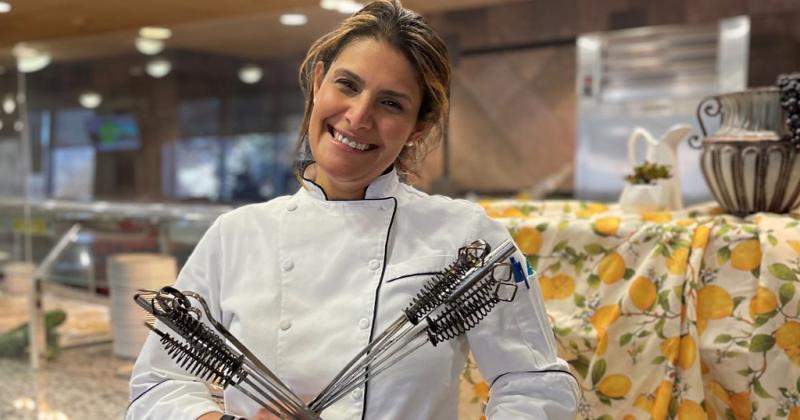 Acceptance is a primary focus for the Bon Appetit team at Aurora Innovation in Pittsburgh.

While most of the foodservice employees are from downtown Pittsburgh, they all come from different backgrounds and have varying life experiences, says Executive Chef Amira Cooke.

“Not everybody comes from the same space or background,” she says. “So, we are mindful of that and we work with that. It takes a lot of energy and a lot of time, but it pays off greatly.”

Cooke’s leadership style centers on acceptance and vulnerability, and the foodservice team has created a culture of openness and mindfulness, resulting in a better environment for employees and diners.

Meeting people where they are

Inclusivity is built into the day-to-day routine at Aurora Innovation. The team typically has around three meetings a day, and Cooke tries to use them to reinforce a culture of care.

“I talk to the cooks and the team, and we say that this is who we are. This is our culture. Anyone who walks in our door belongs,” she says. “You can agree to disagree, but we have to do whatever we can to make sure that they feel safe in our spaces.”

That culture of care also extends to employees who are having a rough time. Instead of writing staff up, Cooke tries to meet them where they are and see if they can problem-solve a solution together.

“We say, ‘Hey, how are you doing? What's going on? I know that you're not yourself today. Let's step off the line and talk. What can I do to help you? What's going on?’” she says. “And more likely than not, they have some kind of challenge, and it's something that we can solve.”

Modeling the behavior you want to see

Creating a positive work environment goes beyond just telling staff to be accepting of others, Cooke says. Leaders also need to model that behavior daily to set a good example.

“You can tell [employees] all about accepting people from different backgrounds, but you as a leader have to model that to them because they watch you and when they see you do that, they tend to imitate that,” she says. “You can say whatever you want, but what you do is what really matters.”

Part of that modeling includes showing her own vulnerability. When her kids started school this year, Cooke told her team that she was dealing with being an empty nester for the first time.

“I told my chefs, ‘Guys, I'm going to have a hard time for two weeks, bear with me. That's it, I give myself two weeks. … Like just give me that time. I promise I will circle back and I'll be better in two weeks,’” she says. “You have to open yourself up and display that. They will only then feel safe to do the same one day when they're also having a tough time.”

The time and effort to provide employees a place of comfort pays off, says Cooke, and she’s heard from many of her employees that working at Aurora Innovation has been the first job where they feel safe and feel like they belong.

“People want to show up to a good space. You can offer them more money or incentives, but it’s like in Africa, they say, ‘Greet me and do not feed me.’ Like, greet me. I want to feel good. I want to feel happy and included.”