Foodservice operations don’t get much more hyper-local than St. Luke’s Hospital, in Easton, Pa. The three-year-old facility, part of the St. Luke University Health Network, is getting as much as 80% of the produce its foodservice department uses from its own backyard. 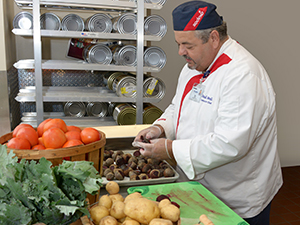 Of course, that “yard” runs for acres and acres—the hospital sits on 500 acres of what was once Lehigh Valley farmland. Last year, the hospital partnered with the Rodale Institute, a non-profit organization that studies organic farming, to convert five acres back into a farm that is growing fruits and vegetables not only for itself but also for the other five hospitals in the network.

The idea came from the hospital’s President Ed Nawrocki. “Last fall, an article came across my desk about a hospital in Michigan doing something similar,” Nawrocki says. “I thought, why can’t we do that here? We’re on 500 acres of land, and it was a farm before, so it naturally fit.”

So the hospital contracted with Rodale, which is located in nearby Kutztown, Pa., to operate the farm, which went live this spring. 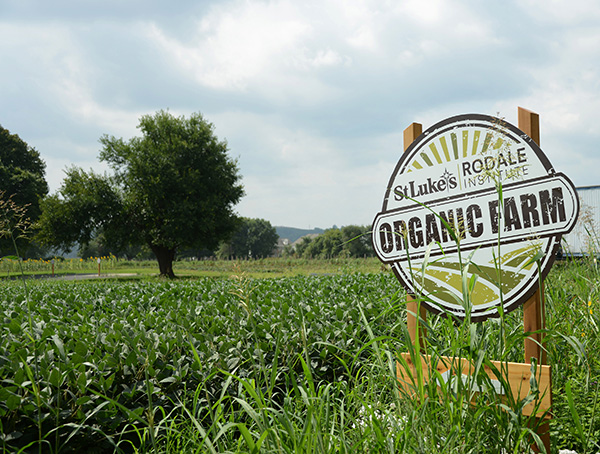 “We’re not farmers; we’re hospital people,” Nawrocki says, explaining the decision to work with Rodale. “So you go to the people who are the experts. Also, we wanted an organic farm, and Rodale is probably one of the leading organic farming organizations in the country.”

During the first year, Rodale estimated the farm would produce approximately 44,000 pounds of fresh produce as well as help the local environment, according to Mark Smallwood, executive director of the institute.

“In addition to providing patients, families and staff at the hospitals with fresh, organic produce, organic agriculture builds healthy soil," Smallwood says. "Organic agriculture reduces pollution from runoff, prevents toxic chemicals from building up in our ecosystem and is a primary driver in carbon sequestration. This partnership presents a farm-to-hospital model that can be replicated around the world.”

In its first year, the farm has produced a wide variety of produce, including heirloom tomatoes, squash, zucchini, kale, chard, cucumbers, beets, peppers, broccoli, cabbage and herbs such as purple Thai basil.

“When harvest began in early June, the percentage of produce coming from the farm may have been 10%,” says Paul Meola, executive chef at St. Luke’s for Sodexo, which manages the hospital’s foodservice. “It’s swelled up to about 80%. We use it in all of our outlets: cafeteria, patient foodservice and catering.” 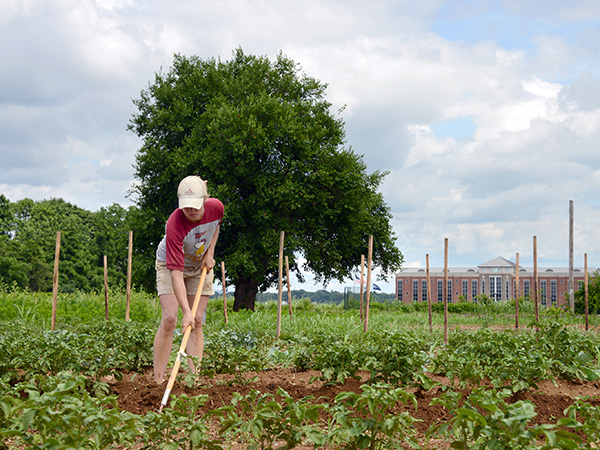 How best to use this bounty has been a learning process for the department, adds Nancy Baker, Sodexo’s director of nutritional services.

“From a menu standpoint, we have had to change our way of thinking,” Baker says. “Now we have to see what and how much produce is available [at a given time] and Paul will then adjust the menu to that.”

Among those adjustments has been offering more stir-fries using vegetables, using golden cherry tomatoes to make tomato jam and creating a vegetable lasagna that features chard and kale.

“We also do a farmers’ market weekly for staff and visitors and they absolutely love it,” adds Baker, who notes that the market is one of the primary ways the hospital has let people know about the farm.

Now that the first year is almost over, the hospital has begun to imagine the farm’s future. Nawrocki says his primary goal is to make the project break even within three years. There also is talk about doubling the size of arable land.

“One of the questions we have to answer is how much produce we can actually use,” he explains. “I mean, five acres produces a lot of food. Then, once you have the food, how do you process it? Also, we have a $4 million food budget. How much of that reasonably can come from the farm without making things too complicated?”

Among the hospital’s considerations are how to make the produce more diverse, how to stagger the harvests to lengthen the land’s productivity and whether to raise more than plants. As a result, the hospital is considering building greenhouses and may even experiment with raising chickens, for both the meat and the eggs.