Foodservice directors have long been recognized for their desire to learn from each other. After all, you never know when inspiration will strike—and sometimes, it comes from as far away as across an ocean. 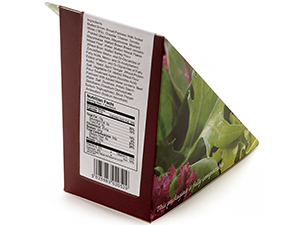 English foodservice directors, or catering staff, as they’re called in the U.K., experience many of the same business trends and challenges as their American counterparts, plus a few that are unique. Every day, U.S. healthcare operators balance budgetary restraints, control costs and strive to improve the appeal and nutrition of their menus, just as they do in the U.K. But when it comes to the differences between the two countries, Americans might be surprised by the extent of government regulation of U.K. hospitals.

English healthcare catering falls under the umbrella of the National Health Service, or NHS, one of the largest publically funded health systems in the world. Hospital foodservice is also subject to the directives of the 28-nation European Union; thus, catering managers are accustomed to legislative bodies regulating their operations.

For example, U.K. hospitals now are complying with new mandatory government standards requiring them to serve nutritious, flavorful food. For the first time, hospital foodservice will be ranked according to the quality, freshness and variety of their menus, and operations that fall short will be subject to contractual action.

Another challenge for U.K. catering managers is the European Union’s new legislation that requires hospital food that contains any one of 14 specified allergens, including egg, milk, wheat and nuts, to be labeled appropriately. This applies to prepackaged and non-prepackaged food for both patients and retail customers.

“We have been using Planglow LabelLogic going on two years now, and it is brilliant—so easy to use,” says Susan Long, facilities/catering operations manager of the two hospitals, which have 120 and 40 beds, respectively, plus a small end-of-life-care facility nearby.

“Planglow came in and installed the system and it adapts to our needs,” says Long. “Once the system was up and running, my catering admin team took control of it and they adjust it as needed.”

The software’s ease-of-use means that Long’s staff can handle labeling changes in-house. For example, when recipes are modified, it’s quick and easy for staff to print new package labels. “We are not relying on people from Planglow to come in all the time to support us with the changes,” says Long.

Additionally, LabelLogic works in conjunction with Planglow NutriLogic software, which automatically calculates the nutritional values of recipes. Catering managers are required to include this information on food and beverage package labels as well.

Long’s staff has done extensive work with Planglow on labeling and branding packages for all grab-and-go food, creating an attractive custom logo and labels—something that’s critical, given how important retail operations have become.

“In the past, we have had to make do with in-house items, which may not be very professional looking,” says Long. “At the end of the day you eat with your eyes, so it is quite important that packaging looks good.”

Healthcare catering in the U.K. is also marked by special service initiatives. Royal Lancaster Infirmary, a 375-bed hospital in Lancaster, England, held a vintage 1940s tea dance for National Dementia Awareness Week. The event, along with information booths, helped raise public awareness of the support available for those diagnosed with dementia.

Royal Lancaster also used the occasion to promote a special dementia-friendly menu of easy-to-eat items, such as vegetable crudités and sausage rolls, that feature food photos and a butterfly symbol on their packaging. The butterfly symbol is used on hospital charts to identify patients who have memory difficulties.

“The menu is more finger-food based, because sometimes, it is difficult for them to eat with a knife and fork,” says Ian Cottam, assistant catering manager at Royal Lancaster. “There is a picture of each food on the menu, so they can point to what they want. It just gives them extra choices for nutrition.”

Likewise, during National Nutrition and Hydration Week, Royal Lancaster’s catering staff handed out bottles of water to patients and discussed the importance of taking small sips throughout the day. They also served nutritious, hydrating soups and passed out berry smoothies as a healthful treat.

And although the move toward global flavors has taken hold in England as well as in the United States, the trend looks different in the U.K. In a typical American hospital, popular ethnic cuisines include Italian, Mexican and Chinese. But at Royal Lancaster, Indian dishes such as chicken korma and chicken jalfrezi are favorites.