Rafi Taherian, the head of foodservice operations for Yale University, was named the 2016 winner of the Gold Plate, an award recognizing the year’s outstanding foodservice executive. 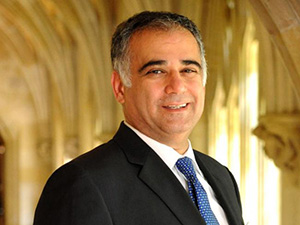 He was chosen for one of the industry’s top honors, the equivalent of Operator of the Year, from among the nine foodservice executives who were adjudged the best within their respective channels. Those segment standouts, the winners of a Silver Plate, included:

Winners of the Gold and Silver Plate were chosen by a jury that included past winners and the editors of foodservice publications. The selection group included Peter Romeo, representing FoodService Director and Restaurant Business magazines.

The Silver Plate winners were recognized in a gala event that coincides with the National Restaurant Association’s annual convention in Chicago.

The Silver and Gold Plate awards are presented by the International Foodservice Manufacturers Association.