Agriculture Secretary Sonny Perdue’s announcement Monday of plans to roll back parts of the National School Lunch Program, including some requirements for sodium and whole-grain products, is drawing a broad variety of reactions from foodservice operators across the nation. 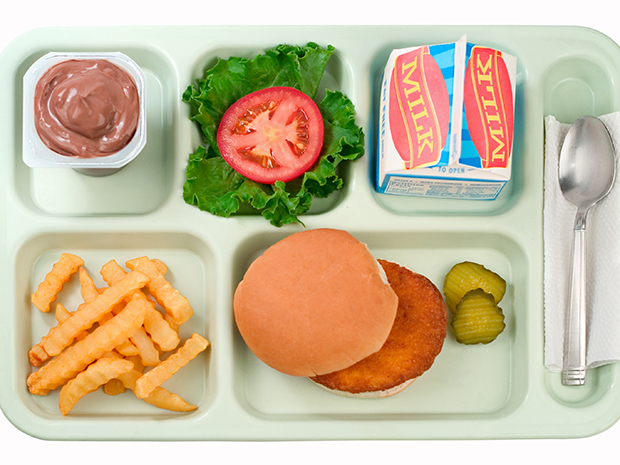 “I was pleasantly surprised with this news yesterday,” says Linda Eichenberger, food service coordinator for Oak Hills Local School District in Ohio, expressing that she had been concerned over the move to the phase-two sodium target that was supposed to go into effect in the 2017-2018 school year. “I agree with Mr. Perdue that [school lunch] isn't nutritious if [students] won't eat it.”

Though the timeline for the rule changes to take effect is unclear, they wouldn’t eliminate fruit and vegetable requirements or nutrition standards for food sold in vending machines or a la carte lines. And many operators say they’ve gone too far down the road of following the regulations, part of the Healthy, Hunger-Free Kids Act of 2010, to turn back now.

“I understand that many schools needed the flexibility based on their students’ needs. As for my district, we are already meeting the current whole-grain requirement and we are set to meet the phase-two sodium requirement for next year,” says Robert Lewis, director of nutrition for El Monte City School District in California. “As we have made multiple healthy meal changes in El Monte over the past eight years, we will continue on our advanced nutrition path. Our path is clear; our mission unwavered.”

Joe Urban, director of food and nutrition services for Greenville County Schools in South Carolina, added that the quality of meals served in his district, and the vast majority of programs around the country, will not be affected by the announcement. “Our school foodservice programs have come so far that it would make absolutely no sense to move our programs backwards,” Urban says. “Instead, we will continue to serve the same high quality, nutritious meals that we currently serve and keep finding new ways to improve our programs while serving the nation’s healthiest school meals.”

Other operators expressed relief for the options a change in the rules would afford.

“I truly see this as not a rollback, but flexibility to be able to continue to serve our students healthy, nutritious, delicious meals each day,” says Jessica Shelly, food services director for Cincinnati Public Schools in Ohio. With the goal of improving quality, texture and taste, she plans to revise the district’s Cincinnati 3-way chili recipe with whole-grain pasta and whole-grain oyster crackers, and soups and salad dressings with higher sodium may be added to the menu. However, dishes like Korean BBQ with soba noodles and Orange Blossom Chicken on Brown Rice Pilaf will not change.

“My job is to feed kids, not garbage cans,” she adds, in reference to the increased food waste after the Healthy, Hunger-Free Kids Act went into effect; a 56% hike was found in one University of Vermont study. “This flexibility will help me achieve that goal.”

Andrew Weisman, director of food services for Peekskill City School District in New York, sees the issue of school lunch as “bigger than just putting nutrition restrictions on food service programs,” and points to the need for operators to return to scratch-made meals instead of processed, reheated items.

“Some of the items I get directly from the state are extremely high in sodium and processed in a facility somewhere, and laced with preservatives and ingredients I can't pronounce, let alone identify,” he says. “Why can't I, as a food service director, spend the entitlement from the state and federal government on locally grown and naturally produced products? Why must I spend it on government commodities or send it to a big company to process the chicken into chicken nuggets instead of sending me whole, natural chicken that I can use as I see fit?”

“It makes no sense that the first thing that the new secretary of agriculture would do on his first full day in office is put out a proclamation that talks about three parts of the National School Lunch Program that could negatively impact the health of our nation’s children,” she says. “I hope this is not an arbiter of things to come, because I really do not believe that this is in the best interest of our nation’s children and their health.”