Known for long lines and chef-crafted breakfast sandwiches, Eggslut—which launched as a food truck—has built a cultlike following at its counter inside a Los Angeles food hall. Now, the all-day-breakfast spot, open from 8 a.m. to 4 p.m., is expanding again.

This year, fans of the concept, who have made its runny-egg signatures an Instagram staple, will be able to hit up Eggslut’s first brick-and-mortar locations. One will open in L.A.’s Venice Beach. The other, its first out of state, is slated for The Cosmopolitan of Las Vegas hotel, where it’s promising late-night and weekend hours. 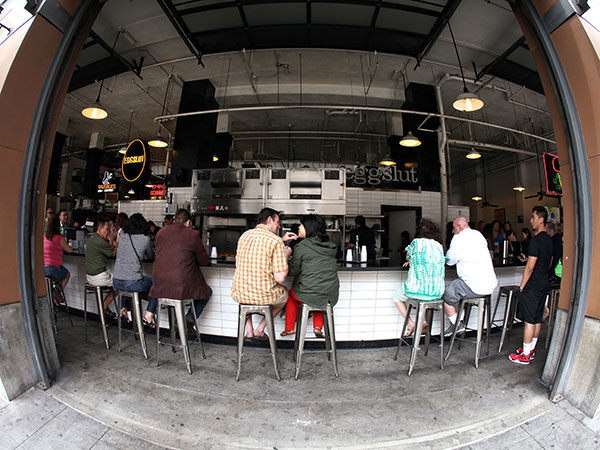 “Growing from a food truck to a food stall at Grand Central Market was a natural progression for the business, and moving into our own brick-and-mortar location seems to be the next iteration for the brand,” says co-owner Jeff Vales. His explanation for the sudden growth: to accommodate additional traffic. 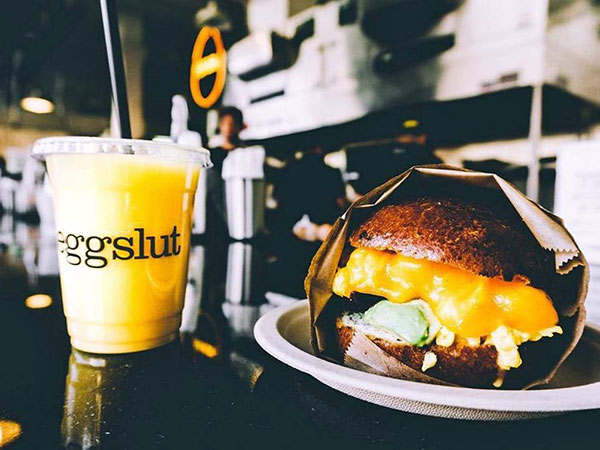 Currently, L.A. diners wait in 45-minute lines to get their hands on one of the six sandwiches ($6–$11). There also are a couple of specialties on offer such as the Slut, a coddled egg on top of potato puree, served in a jar. Crunchy bacon, fresh toppings and runny egg yolks are just some of the ingredients that make Eggslut’s dishes picture-perfect for the free marketing that results from social media shares. “We like that we have a simple offering,” Vales says. “Simple doesn’t necessarily mean easy.” 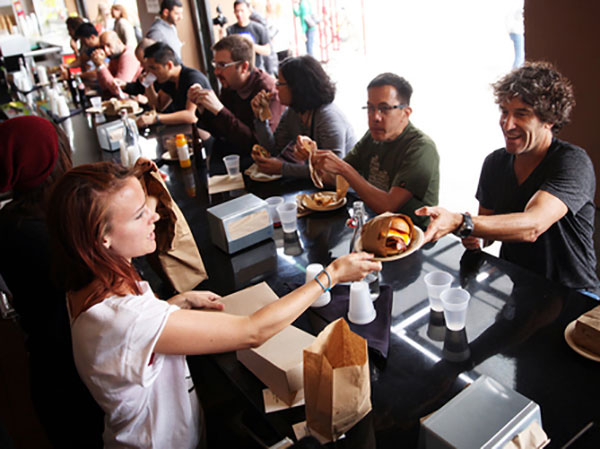 Why such loyalty for a portable breakfast? “The goal from the beginning, even as a food truck, was to fill a void we felt was missing from the [Los Angeles] market,” says Vales. “Aside from nicer sit-down brunch spots, there wasn’t anything ‘fast casual’ that had the same quality and presentation.”

Location: One, in Los Angeles’ Grand Central Market; expanding to L.A.’s Venice Beach and The Cosmopolitan in Las Vegas this year.
Seats: 20
Sample price: A bacon-, egg-and-cheese sandwich on brioche is $6.

A version of this article appeared in the January issue of Restaurant Business, FSD’s sister publication.