Students at Lincoln Public Schools in Lincoln, R.I., got to enjoy locally sourced apples as part of the district’s Apple Crunch event held in honor of Farm-to-School Month. The event, put on by Chartwells K12, had students take a bite out of a locally grown apple in unison to create a “crunch.”

For students at Lincoln High School, the celebration continued at lunch, where every station in the cafeteria featured at least one apple-themed dish. Menu items included an apple and cheddar sandwich, apple smoothies, an apple-cinnamon parfait, an apple calzone, apple salad, apple and spinach penne pasta and more.

“I was very surprised how much pasta we went through. I sort of thought [the students] would be more inclined to some of the other items. They were very receptive to the calzone as well,” says Chartwells K12 District Manager Solange Morrissette. “I mean, all in all, I would say the kids were very thrilled about the food.”

Not only were the students excited about the food, but the nutrition team was also enthusiastic about what they were serving. The custodian even dressed up as an apple for the event.

“I think the staff involvement is also incredibly important to make sure that we know that this is great for them as well,” says Morrissette. “It gets them excited about what they do and excited about making the kids excited.”

This was Lincoln’s fourth annual Apple Crunch; however, it was the first year the district was able to use the resources from state’s Farm-to-School Promotional Toolkit as part of a pilot program with the state.

The toolkit was developed for the state’s new farm-to-school network and included themed aprons for staff to wear, fun signage and more.

“Each year, the event has been wonderful, but having those tools in the kit really made it pop,” says Morrissette. “It was just tremendous, and there was an outpouring of community support.” 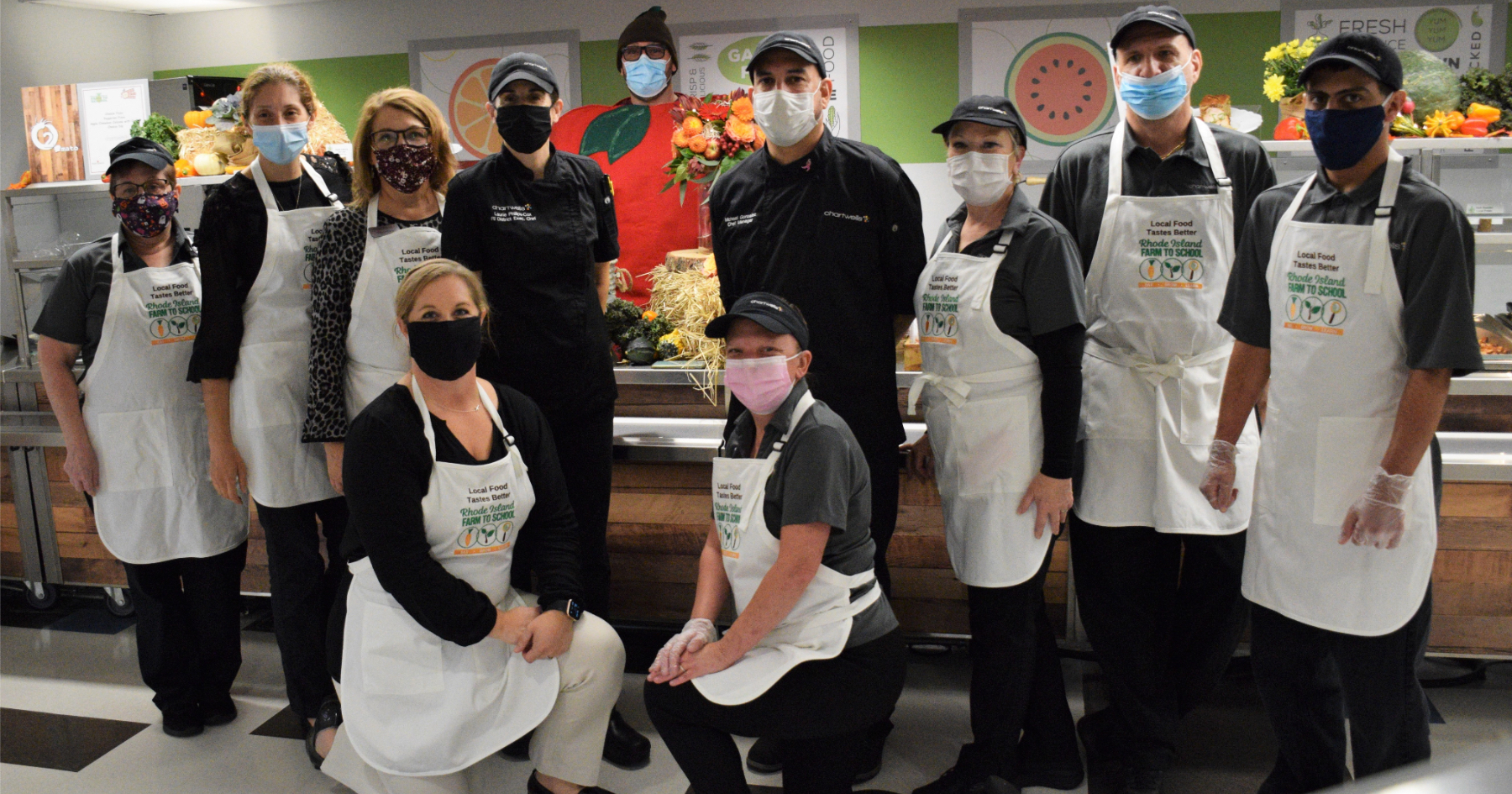 As a pilot district for the farm-to-school network, Lincoln Public Schools will continue to work with the state to find ways to highlight its farm-to-school efforts.

One of those is utilizing the farm-to-school digital toolkit, which includes digital signage and infographics.

“Principals could easily drop something in newsletters, [such as] an infographic about farm-to-school and the benefits of it to the community, to the students and the farmers,” says Karin Wetherill, co-chair of the Rhode Island Healthy School Coalition.

There are several toolkit pilot schools in the state, and with the success of Lincoln’s Apple Crunch event, Wetherill is excited to see how the future events with different schools will go.

“Everybody [at Lincoln Public Schools] was just on board making it happen,” she says. “S, we couldn't be more appreciative and are just really excited to see how we're going to be able to work with [the teams] in the pilot districts.”